Wild Justice has launched a new legal challenge, this time of DEFRA and its failure to assess the impacts on sites of conservation interest of releasing 50 million non-native gamebirds into the countryside.

The non-profit company, set up by Chris Packham CBE, Dr Ruth Tingay and Dr Mark Avery, sent a Pre Action Protocol letter to Michael Gove on 10 July. The team is launching a crowdfunder on Thursday 18 July at 10 am to raise £44,500 to cover legal costs. The aim is to force Michael Gove and DEFRA to assess the impacts of non-native gamebirds on native wildlife. 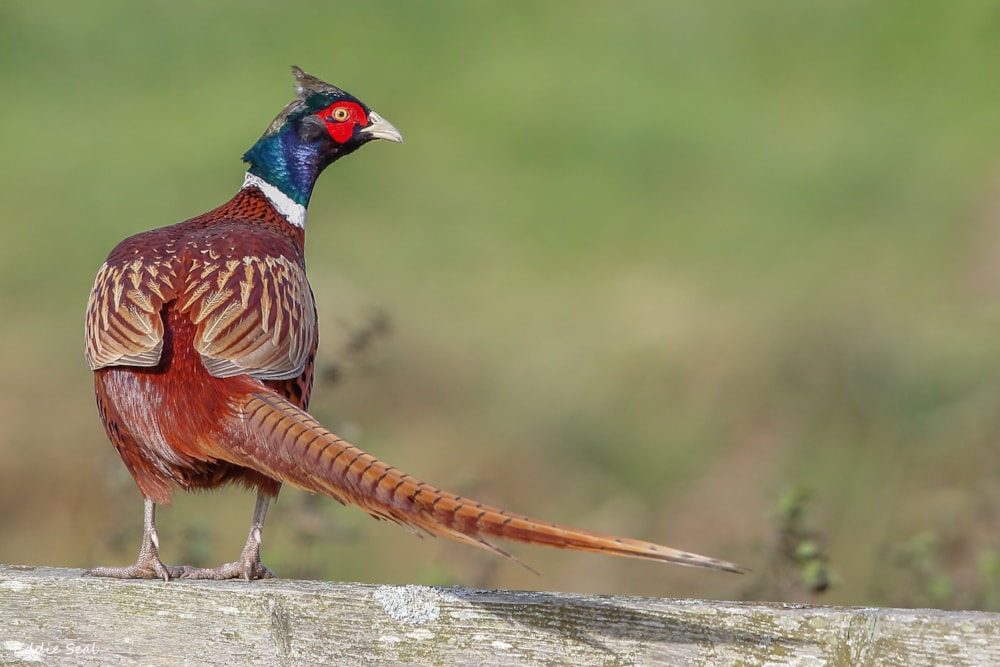 An estimated 43 million Common Pheasants are released into the countryside annually (Eddie Seal).

Every year 43 million captive-reared Common Pheasants (and 9 million Red-legged Partridges) are released into the countryside. The numbers released have increased tenfold in the last 45 years and, like most of the rest of the shooting industry's activities, are not regulated by government. More paperwork is needed to reintroduce native UK species into the countryside for conservation purposes than to release non-native omnivorous birds on a vast scale to fuel recreational shooting.

Chris Packham said: "The UK's shooting industry is one of the least regulated in Europe with no centralised collection of any data. No one knows how many birds are released or shot, whether wild or captive bred. So how on earth can that shooting industry claim to be making informed decisions about sustainable harvesting, stocking or conservation?

"What is blindingly obvious to anyone with even a basic understanding of natural sciences is that dumping at least 50 million non-native birds into the UK countryside will have a profound effect on its ecology – it's about time we measured what that effect is."

Gamebird releases and associated shooting are of concern because Common Pheasants and Red-legged Partridges eat a wide variety of native plants, invertebrates, reptiles and even small birds and mammals. These impacts must be properly assessed particularly since release numbers are unregulated and increasing.

As well as this, one in three released gamebirds are shot for recreation but the rest die of disease, on the roads, from starvation or are killed by predators. This bonanza of prey and carrion feeds the numbers of a range of generalist predators and scavengers. High UK populations of Red Foxes and Carrion Crows may affect the numbers of some ground-nesting birds such as Eurasian Curlew and Northern Lapwing, as suggested by a recent study. 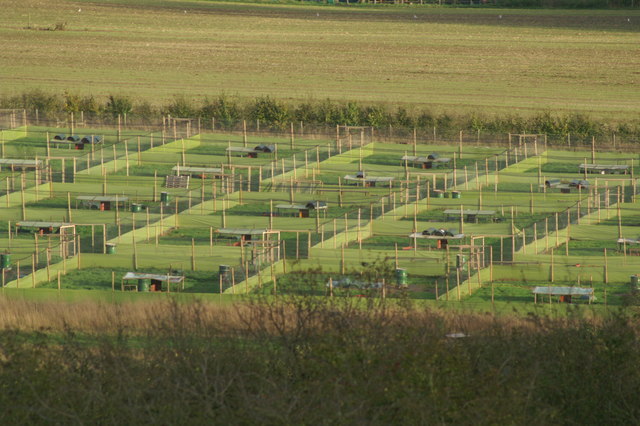 Gamebirds are reared in pens that dominate otherwise valuable countryside habitat. Naturally, predators are drawn to them (Pierre Terre).

On top of this, gamebirds – which are often imported – can carry diseases. Furthermore, birds shot by lead can then poison humans and other wildlife. It also goes without saying that the illegal persecution of birds of prey links to gamekeepers protecting their gamebirds. Other, lesser issues include gamebirds causing traffic accidents on country roads, shot birds being dumped because there isn't the demand to eat them and the competition with native species for winter food.

As a result, Wild Justice believes that gamebird releases ought to be regulated. The Habitats Directive requires the UK to assess 'plans or projects' which may affect protected sites of nature conservation importance. There is no doubt in Wild Justice's mind that the release of 50 million non-native gamebirds into the countryside is a plan or project which has ecological impacts and which must be assessed.

Ruth Tingay said: "It's worth noting that the 50+ million figure is only a guesstimate, made by the shooting industry six years ago. For all we know there could be 100 million pheasants and Red-legged Partridges being let loose in the countryside every year.

"The fact that the Government doesn't know or care how many are released, and its previous refusal to assess the extent of the environmental damage caused, will come as no surprise to conservationists who have watched this Government put vested interests ahead of wildlife conservation time and time and time again."

Mark Avery added: "Let's take a step back: if we had never seen a Common Pheasant or Red-legged Partridge in the countryside and someone suggested releasing over 50 million of these omnivorous non-native gamebirds annually would we just nod it through with no concerns?

"No! It's only because this situation has crept up on us through lack of regulatory control that we are in this position. Government has been lax and now Michael Gove must act."

A DEFRA spokesperson said: "We cannot comment on ongoing or potential legal proceedings. We have received Wild Justice’s letter and will respond in due course."