Wild Greylag Goose meat to be sold on Orkney

Yesterday (Monday 5th August), Scottish National Heritage (SNH) confirmed that wild goose meat will go on sale at licensed outlets in Orkney for the first time. Recently, the resident Greylag Goose population has expanded rapidly and caused significant agricultural damage across their range. This has presented some challenges for farmers and crofters on some Scottish islands.

Work to control the resident goose population and tackle these issues is now being trialled on Orkney. The long-term goal is a viable goose population that can be managed sustainably to minimise agricultural issues while generating important income for the local population. The pilot project will see the sale of carcasses to encourage the sustainable use of the geese under the Orkney Resident Greylag Goose Adaptive Management Pilot. Wild goose meat will be available for sale only from licensed sellers on Orkney. Licences will enable the sale of Greylag Goose meat from August 2013 to July 2014. Licence controls ensure the introduction of the sale of wild geese will not drive up the number of geese shot to unsustainable levels; the licences only permit the sale of a restricted bag limit. 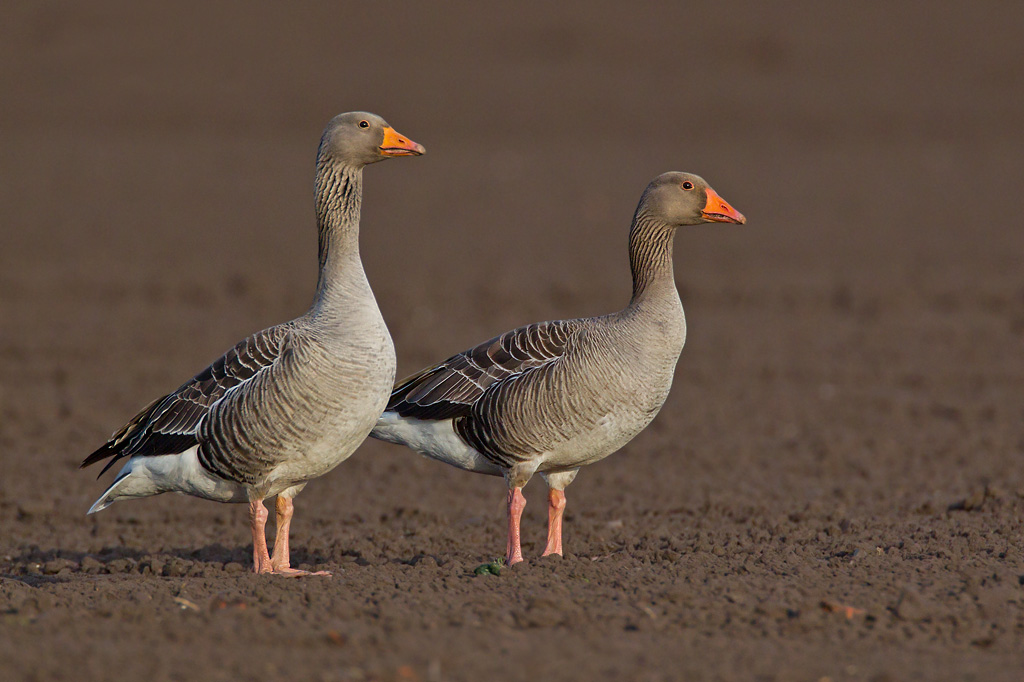 Soon to be sold for consumption on Orkney, it is hoped that Greylag Goose meat will not only help to control the species' spiralling population on the isles, but also boost the local economy and provide residents with a nutritious food source (Photo: Ivan Ellison)

Gail Churchill, SNH's Orkney operations manager, confirmed: "This action will allow a sustainable harvest of geese and help boost local businesses. We have responded to the concerns of local farmers and land managers and we are also committed to ensuring that management is controlled so geese are managed sustainably. Goose meat is a good healthy source of protein and we should all be encouraged to eat fresh, eat seasonal, and eat local."

Colin Shedden of the British Association for Shooting and Conservation (BASC) welcomed the restricted introduction, and added: "We welcome this introduction of the sale of resident Greylag Goose meat which is in support of the Orkney Goose Management Pilot and represents 'wise use' of a valuable resource. We emphasise that it is only to be trialled in Orkney, and anyone selling goose carcasses anywhere else in the UK would be committing an offence."

Rural Affairs Secretary Richard Lochhead said: "The Scottish Government recognises the major role of local farmers and crofters in carefully managing unsustainable populations of resident geese in Orkney, which cause serious damage to land and crops. These tightly controlled licences will allow local businesses to sell and prepare fresh, seasonal wild goose meat, which will help stop these geese going to waste while generating income for the local community."

The sale of resident Greylag Geese and the Goose Management Pilots are being trialled in Scotland under the auspices of SNH, advised by the National Goose Management Review Group (NGMRG). And, while SNH is responsible for issuing the licences, the council is the competent authority for local delivery of the food hygiene regulations. In Orkney the project has been developed and managed in conjunction with the Local Goose Management Group (LGMG) which includes National Farmers Union of Scotland (NFUS); RSPB Scotland; Scottish Government Rural Payments & Inspections Directorate (SGRPID); Scotland's Rural College, and local farmers.