The magnificent White-tailed Eagle, missing from England for more than 200 years, could be soaring along the Norfolk coast next summer if a proposed re-introduction scheme gets the go ahead. Natural England, the RSPB and Anglian Water, have been investigating the feasibility of re-introducing the White-tailed Eagle, to East Anglia. North Norfolk is the preferred location and public consultation is underway to let local people know about the project and to identify any concerns they may have. The consultation will involve landowners and farmers and must address any possible impacts between eagles and livestock. 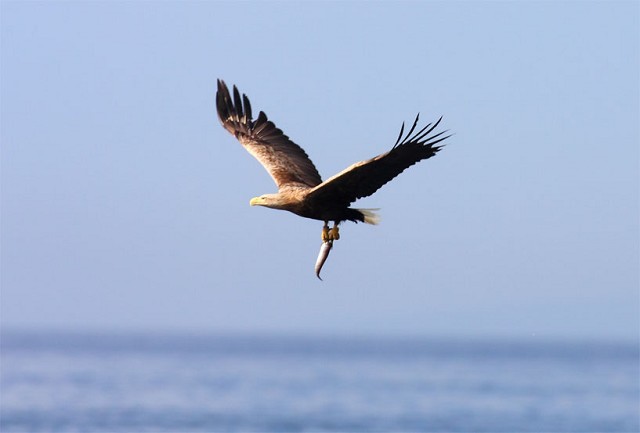 In a recent opinion poll, held in north Norfolk, 91% of the 500 members of the public who were asked indicated that they would like to see a bird like this in Norfolk. In 1700, there were more than 200 pairs of White-tailed Eagles spread across the UK, but by 1916, they had been driven to extinction. White-tailed eagles were re-introduced to Scotland in 1975 and last year there were 42 breeding territories. Birds could take decades if not hundreds of years to spread from Scotland without assistance.

Natural England's Chief Scientist, Tom Tew, said: “Before attempting to return a species that has been lost for so long, it is important to understand its potential effect on both wildlife and people. We are consulting widely in order to make a fully informed judgement as to whether, through this ambitious project, there is an opportunity to return one of the UK’s rarest and most spectacular birds to England."

Rob Lucking, RSPB Area Manager for The Wash and North Norfolk, said: “The sight of birds of prey like the White-tailed Eagle is a sure sign of a strong and healthy environment. Without them our ecosystem is disfigured, our natural and cultural heritage diminished and we are all the poorer. England has been without these magnificent birds for too long. Such a re-introduction must be done properly and with due regard to the people and wildlife nearby but, if it can be done, then the sight of eagles soaring over Norfolk would give a huge lift to people’s spirits and to the local economy.” 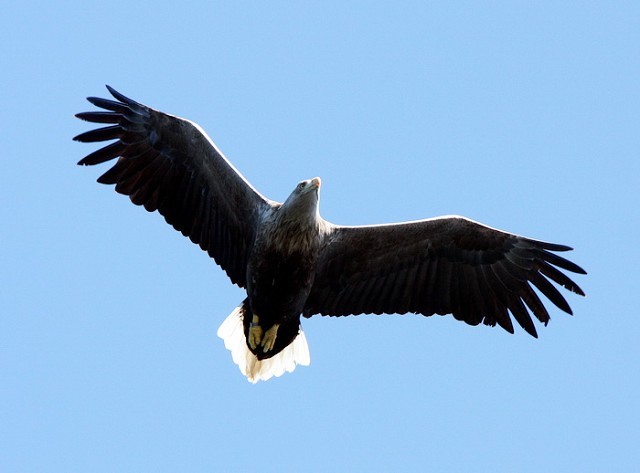 It is hoped that a firm decision will be made in spring 2009 on whether the project should proceed. If approved, the first releases could take place in summer 2009.

A series of drop-in sessions will be held for the public: