A group of White Storks have been rescued from a Devon beach.

The birds were found on South Sands beach, near Salcombe, on Wednesday [31 August] afternoon and were rescued by the Ash Rescue Centre near Dartmouth. The rescue centre said it could not confirm where the birds came from, but it would look after them until they could be collected.

It later transpired that the birds had escaped from Wild Zoological Park near Bobbington, Staffordshire. 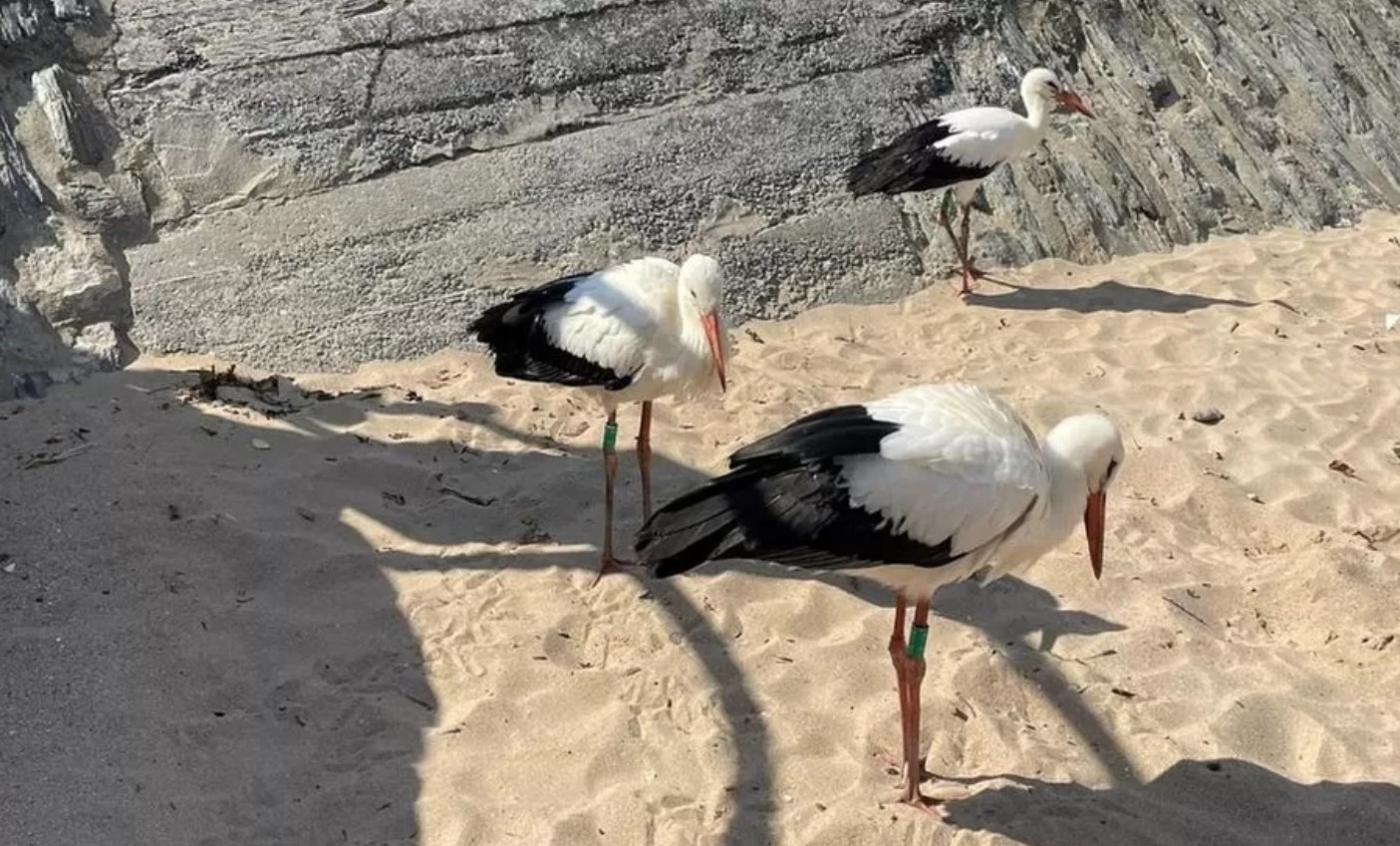 Some of the White Storks on South Sands beach (Nancy Jackson).

Nancy Jackson was on the beach with her children when she and other tourists noticed the flock. She said: "We spotted a whole load of these quite majestic-looking birds. We're used to seeing the birds down here, but I haven't ever seen a stork before.

"We kind of rounded them up and kept them from one area of the beach and waited for a local rescue centre to come and collect them, but they got quite a lot of attention down here."

Ms Jackson added the the birds were calm around the crowds. "We were just trying to keep them away from the other wildlife and try and keep them safe on a spot of the beach, and prevent them from flying around and potentially flying away and not being able to locate them again," she said.