Where is the Common Blue?

Conservationists are seeking the help of millions of holidaymakers heading to the coast this summer in a bid to solve the mystery of a disappearing butterfly.

The Common Blue is the most widespread of the UK's blue butterflies but in recent years its numbers have declined and in 2012 reached its lowest level on record.

As part of this year's Big Butterfly Count, Butterfly Conservation has teamed up with the National Trust to ask the public to look out for and record the Common Blue on the coast. It is thought that the butterfly may be faring better on coastal sites than inland as habitats by the sea tend to be relatively unspoilt due to their inaccessibility. Modern intensive farming, forestry and building development has reduced the wildflower habitats needed by the Common Blue — factors believed to be behind the butterfly's decline. 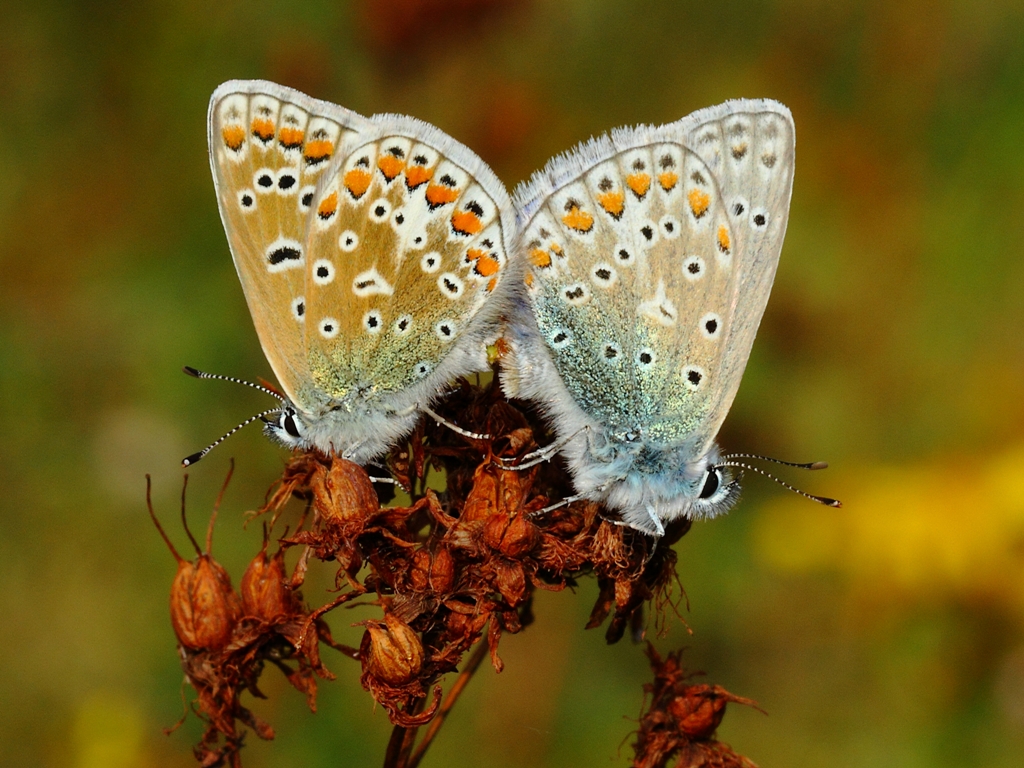 Results from this summer's Big Butterfly Count will provide key information to finding out the importance of coastal sites for the Common Blue. The Big Butterfly Count is the world's largest butterfly survey, and encourages people to spot and record 18 species of common butterflies and two day-flying moths during three weeks of high summer.

Many other Big Butterfly Count species can be found on our coasts, including Marbled White, Speckled Wood, Gatekeeper, Six-spot Burnet, Common and Holly Blue.

Richard Fox, Butterfly Conservation Head of Recording, explained: "Sunny cliffs, sand dunes and coastal grasslands provide perfect conditions for the Common Blue's main caterpillar foodplant — Common Bird's-foot-trefoil. As a result, some of the UK's largest Common Blue colonies occur around our spectacular coastline. The combination of butterflies, sea and sky provide a beautiful blue backdrop to time spent on the coast. Sadly, Common Blues are not as common as they once were and we need the public's help to locate remaining colonies."

To celebrate 50 years of the National Trust's project to protect the coast — the Neptune Coastline Campaign — the Trust is encouraging members and the public to take part in the Big Butterfly Count at their coastal properties. Over the past 50 years the Neptune Coastline Campaign has helped to acquire and preserve 775 miles of coastline. It is now the conservation charity's longest running campaign.

Matthew Oates, the National Trust's specialist on butterflies, said: "This is a great opportunity to add some useful butterflying to your family seaside holiday while you are out on a walk along the coast or wandering through some sand dunes. Common Blues love the extra heat of sunny coastal grasslands and also like to breed in farm fields sown with White Clover along the coast.

"We'd love to know where our top coastal Common Blue colonies are, and what else you may see. The National Trust owns some seriously good seaside holiday butterfly sites, like Ballard Down in Dorset, Compton and Brook Downs on the Isle of Wight, Kynance Cove in Cornwall, and Whiteford Burrows on the Gower."

The Big Butterfly Count runs to 9 August. Taking part in the Count is easy — find a sunny place and spend just 15 minutes counting every butterfly seen and then submit sightings online at www.bigbutterflycount.org.

The public can submit pictures of the coastal butterflies they spot to Butterfly Conservation's Big Butterfly Count photo competition www.flickr.com/groups/bigbutterflycount2015.