The West Midlands is the latest region where the Forestry Commission has launched a new type of grant to encourage landowners to help reverse the decline of the region's woodland birds. Financial support is on offer to local landowners and managers to improve the habitat for 10 vulnerable species, including Redstart, Tree Pipit, Spotted Flycatcher and Marsh Tit. The RSPB is supporting the ground-breaking project. 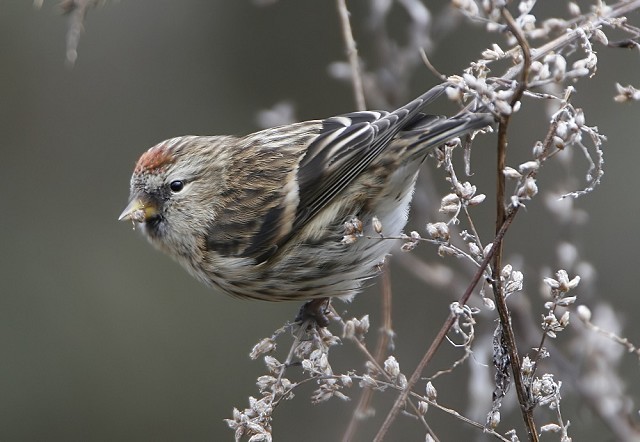 The grants available are part of the Forestry Commission's English Woodland Grant Scheme, which is supported by European Union and Defra funding. Wild birds are a good indicator of the general health of the countryside and they have been chosen as one of the Government's 15 headline indicators of progress towards sustainable development. However, the UK's woodland bird population as a whole has fallen by 20% in the last 25 years and numbers of some species, such as the Lesser Redpoll and Willow Tit, have dropped by more than 90% since 1970. Much of the decline is due to changes in the structure of our woodlands, such as the age and diversity of tree species, and long-term undermanagement.

Measures which could be funded under the new scheme will include preserving dead trees to provide natural nest sites, coppicing, thinning, controlling grazing levels and creating glades and scrubby areas favoured by many species. Monitoring of the target species will take place to see what difference woodland management makes.

Bob Evans from the Forestry Commission in the West Midlands explained: "The West Midlands region is nationally important for woodland birds. If we can improve the habitat in these areas, together with other key locations in the area, it will significantly boost their fortunes. Species like Wood Warbler and Pied Flycatcher are important wildlife and it's vital we do all we can to protect them. What we need now is for land managers to step forward and work with us to secure the future of these wonderful birds."

Underpinning the new initiative is the Bird Conservation Targeting Project, an ambitious mapping project involving the Forestry Commission, RSPB, British Trust for Ornithology and Natural England, which has identified breeding "hotspots" for certain species. These locations will be used to determine grant eligibility and to target help where it is most likely to produce results.

Nigel Symes, from the RSPB, said: "There is strong evidence that undermanagement of our woodland is driving the severe declines we are seeing in several woodland birds. This grant, because it is well targeted and is designed to deliver the woodland condition these birds need, is a very significant step in bringing about a recovery in their numbers."

To be eligible for a grant a woodland must be within a target area for the chosen species. The Bird Conservation Targeting Project data can be found here. Grant guidance and application forms can be downloaded from the grants section of the Forestry Commission's West Midlands web pages or by calling Bob Evans on 01905 533802.