Wasp discovered on Kent reserve is new to the UK

It has taken two years to publish, but experts have finally concluded that a wasp caught in a chance sweep of a butterfly net at the RSPB's Broadwater Warren nature reserve in Kent is a species never before recorded in the UK.

Back in 2013, Butterfly Conservation's Tony Davis was undertaking a moth-monitoring programme at Broadwater Warren when he came across an ichneumon wasp specimen. This parasitic wasp has now been confirmed as Lymantrichneumon disparis, a species (and indeed genus) new to Britain.

Tony said: "I'd finished my work and was leaving the reserve but couldn't resist one last sweep on my net and that's when I found the wasp. I knew it was something special, but I could never have guessed it was an entirely new species to the country." 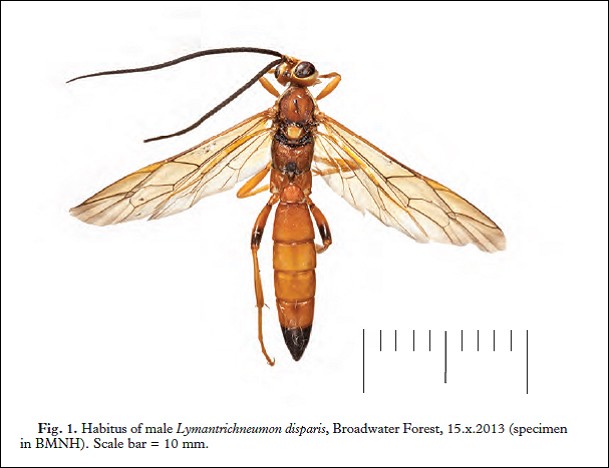 Dr Gavin Broad is an expert on ichneumonid wasps, employed by the Natural History Museum. The specimen was sent to him for identification. It has no common name and no other specimen has yet been found. Dr Broad believes the find was a recent colonist from continental Europe. He said: "It's not uncommon to find parasitic wasps new to Britain, but to find a new genus for the country that is large and showy is very unusual and good evidence of change in our fauna. I knew almost immediately what this wasp was as I'd recently been looking at some Japanese specimens of Lymantrichneumon disparis. It was rather surprising to see one from Britain! Inevitably, it took me quite a while to publish on this."

In Europe the wasp parasitises a few related moth species including Gypsy Moth, which has recently colonised parts of southern England. It is possible that the arrival of the wasp is related to the moth's colonisation. However, the wasp is known to parasitise native moths too, so its arrival could be for another reason, such as climatic or habitat shifts. 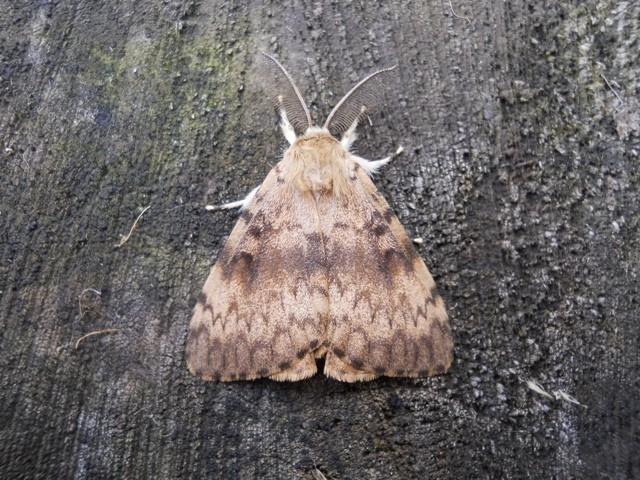 Broadwater Warren was acquired by the RSPB in 2007, when work started to remove ranks of conifers to restore the historically open landscape of the Weald and improve the surrounding woodland for wildlife. Lowland heath is now a rarer habitat than rainforest! Almost 80 per cent of the UK's heathland has disappeared since the 1800s due to forestry, agriculture and urban development. This loss of habitat has been one of the contributing factors behind the decline of a number of native species.