BirdLife's Council for the African Partnership has warned African BirdLife Partners that they need to be on high alert, following the discovery of the drug Diclofenac on sale at a veterinary practice in Tanzania. A survey by WCST (WildLife Conservation Society in Tanzania, BirdLife in Tanzania) is underway to establish the full facts. Diclofenac, a Non-Steroidal Anti-Inflammatory Drug (NSAID), has been found to cause gout and renal failure in vultures of the Gyps genus. In India, where Diclofenac was in widespread veterinary use, three Gyps species, formerly of Least Concern, have been pushed to Critically Endangered status, losing over 99 percent of their populations in just over a decade. 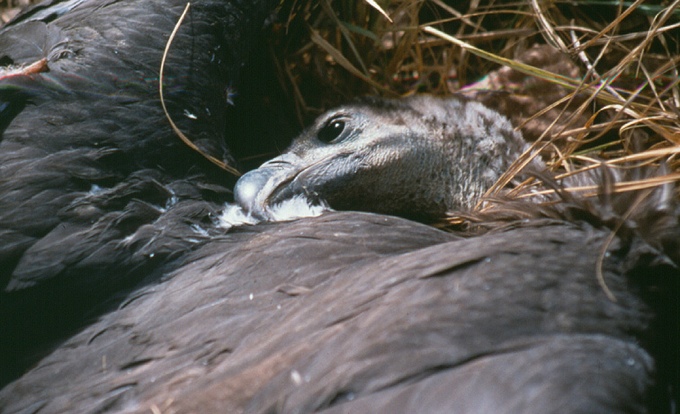 “This development could be absolutely catastrophic for vultures in Africa if it is not addressed immediately, to prevent this avian killer from becoming an established veterinary drug,” said Jane Gaithuma of the BirdLife Africa secretariat. “Research by BirdLife Partners has established that there are safe alternative drugs available, such as Meloxicam, so there is actually no need for Diclofenac at all.” Without action by governments and veterinary associations to ban the use of Diclofenac for veterinary purposes, the drug is likely to be very difficult to control. Since the patent for the drug expired, it has been produced in generic form by hundreds of manufacturers worldwide, and is sold under dozens of different names. The manufacturer of the brand found in Tanzania exports the drug for veterinary use to 15 African countries spread across the continent.

Governments in the Indian subcontinent have belatedly taken action. At a meeting of the National Wildlife Board in March 2005, the Government of India announced that it intended to phase out the veterinary use of Diclofenac within six months. In 2006, the governments of India, Pakistan and Nepal all banned manufacture of Diclofenac, sending a very clear signal, and it is hoped that full retail bans will soon follow. But numbers are already so low that the future of White-rumped Gyps bengalensis, Indian Gyps indicus and Slender-billed Vultures Gyps tenuirostris now depends on captive breeding programmes. Gyps vultures take several years to reach sexual maturity, and a pair produces only one or two young every one or two years, so it will take decades before any of these species is likely to come off the Critical list. 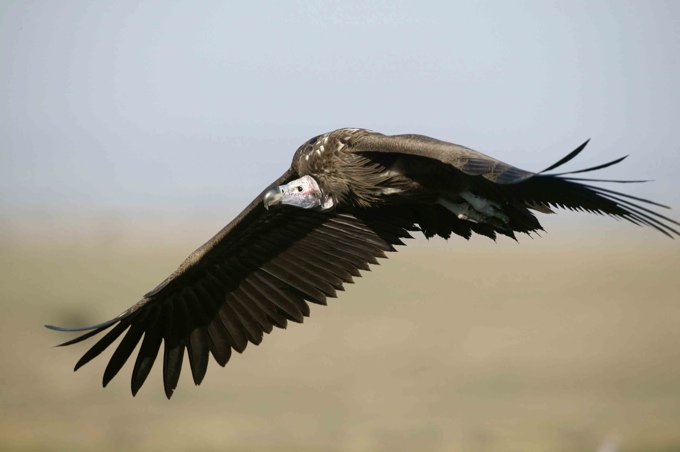 Africa's vultures already face terrible pressures, and several species formerly of Least Concern were added to the 2007 Red List of threatened species. Veterinary use of Diclofenac in Africa could quickly put the Cape Vulture Gyps coprotheres in even greater danger of extinction, and further threaten Rueppell's Griffon Vulture Gyps rueppellii, White-backed Vulture Gyps africanus and Griffon Vulture Gyps fulvus. Gyps vultures are very wide ranging, and exposure to Diclofenac in a single carcass in any one of their range states could prove fatal to whole populations, threatening the more common species as well as the already rare ones. NSAID toxicity has been reported for raptors, storks, cranes and owls, suggesting that the potential adverse conservation impact of NSAIDs may extend beyond Gyps vultures, and could include Egyptian Vulture Neophron percnopterus, White-headed Vulture Trigonoceps occipitalis and Lappet-faced Vulture Torgos tracheliotus. In contrast, there are no reported mortalities for Meloxicam, which has been administered to over 700 birds from 60 species, with safety tests carried out.

To read more about the threat to vultures in Africa and find out what you can do to help, please go to Birdlife's Vulture Crisis page.

BirdLife International is a global alliance of conservation organisations working in more than 100 countries and territories who, together, are the leading authority on the status of birds, their habitats and the issues and problems affecting them. Nineteen African countries are members of the Africa BirdLife Partnership. NatureUganda is the BirdLife Partner in Uganda.
Written by: BirdLife International
Login to leave a comment
Return to List