Vote in the Birders' Choice Awards 2015! 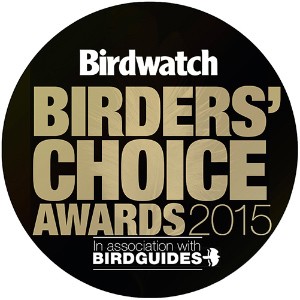 Voting in the Birders' Choice Awards 2015 is now open. Birdwatch's annual awards to recognise the best — and worst — in birding and conservation are now in their second year. We are inviting all our readers to take part and let us know their thoughts — who was this year's Conservation Hero? Which products and books were best in 2015?

The awards were hugely popular last year, with TV presenter Chris Packham winning Conservation Hero of the Year by a landslide vote. Perhaps not surprisingly, former Environment Secretary Owen Paterson walked away with the Guano Award for Environmental Harm — will his replacement Liz Truss be similarly 'honoured' this year? Only you can decide!

Anyone can take part online or by completing the questionnaire in the November 2015 issue of Birdwatch. On sale now, the magazine can be bought in all good newsagents as well as via the Birdwatch Bookshop.

As an added incentive, one lucky participant will win birding gear and books worth £250. So vote now and make your opinions count!