Much to the excitement of birders in the State of Washington, an unusual gull found in Seattle on 1 December turned out to be a beautiful adult Ross's Gull – just the third ever recorded in the state.

News spread rapidly and a twitch quickly materialised on the shores of Lake Washington, with around 25 birders arriving on site within an hour of the discovery of the particularly pink-flushed individual.

But, to the disbelief of onlooking twitchers, the bird was sensationally plucked from the surface of Lake Washington by an opportunistic Bald Eagle just a couple of hours after its discovery. 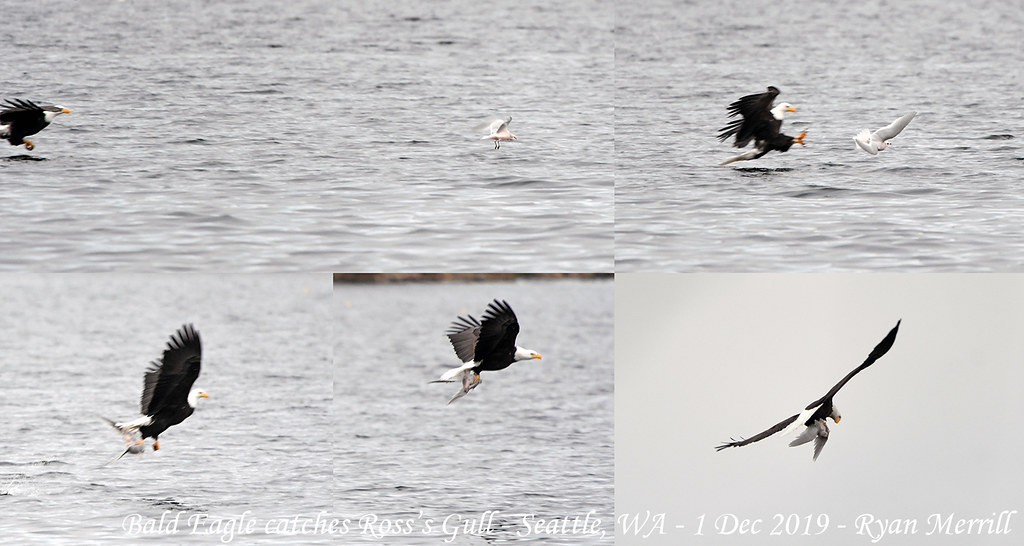 Collage of images of the Seattle Ross's Gull being taken by a Bald Eagle (Ryan Merrill via Flickr).

The eagle took its catch to a nearby cottonwood tree, where it consumed the rare Arctic visitor. A sorry-looking pile of feathers was later found below the eagle's perch and later sent to the Burke Museum.

Sadly, the gull looked in a poor state of health, with several photos showing it with its wings drooped and eyes half closed, and that it succumbed to a predator perhaps wasn't a hugely surprising outcome.