Since 2003, the Globally Threatened Azores Bullfinch has benefitted considerably from a highly successful conservation project, initiated and run by SPEA — BirdLife's Portuguese Partner and its official Species Guardian. Their award-winning project tackles complicated habitat restoration and provides a boost to the local Azorean economy through sustainable ecotourism and employment, benefiting native islanders' livelihoods. The Azores Bullfinch, or Priolo as it is known locally, is endemic to the island of São Miguel and is totally reliant on its natural laurel forest habitat which is under extreme pressure from non-native invasive plant species.

SPEA's long-term conservation project has already recovered more than 250 hectares of natural forest with 150,000 native saplings replanted. As a result, the population of Azores Bullfinch has been stabilised, at least for now, and its threat level has been down-listed from Critically Endangered to Endangered. But the Priolo remains one of Europe's most threatened species and its precarious future still hangs in the balance. More work is needed to ensure that population gains can be maintained and that the species' long-term future can be secured. The priority is continued forest restoration and maintenance but keeping invasive plants under control in montane habitat is both challenging and costly. 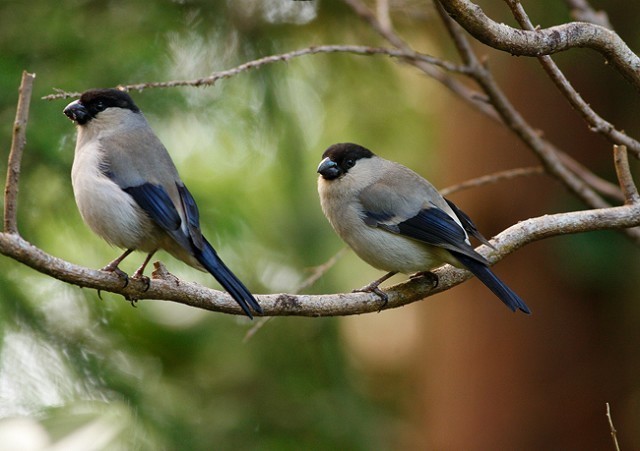 Over the last ten years, support for the project has been provided from several international sources including BirdLife Species Champions' Birdwatch magazine and the British Birdwatching Fair through the BirdLife Preventing Extinctions Programme. However, the main funding has been provided by the Azorean Government and the EU Commission via two substantial LIFE+ grants. Now these grants have come to an end and, with severe European economic constraints threatening future investment from both local Azorean and national Portuguese government, finding the money required to keep this flagship project running is again an urgent priority. To spearhead the fundraising effort and keep a vital project team of 22 trained people in place, SPEA have launched a new campaign promoted by the video you can see below. Please make a contribution if you are able and then support this campaign by promoting it as widely as you can.