Conservationists have announced the fledging of two youngsters from the UK's only nesting pair of Red-backed Shrike in 2013. The birds, at a secret location on Dartmoor, have been under close watch to guarantee their safety in a project managed by the RSPB with support from Dartmoor Study Group, Devon Birds, Devon & Cornwall Police, Forestry Commission, Dartmoor National Park Authority and Natural England.

Kevin Rylands from the RSPB said: "This is now the fourth year they have returned to Dartmoor, but they failed to breed successfully last year, probably due to the awful weather. A lone male visited the previous breeding site in May this year but failed to find a mate. Fortunately though a pair was found at a new site in June and this bodes well for the future of the species on Dartmoor." 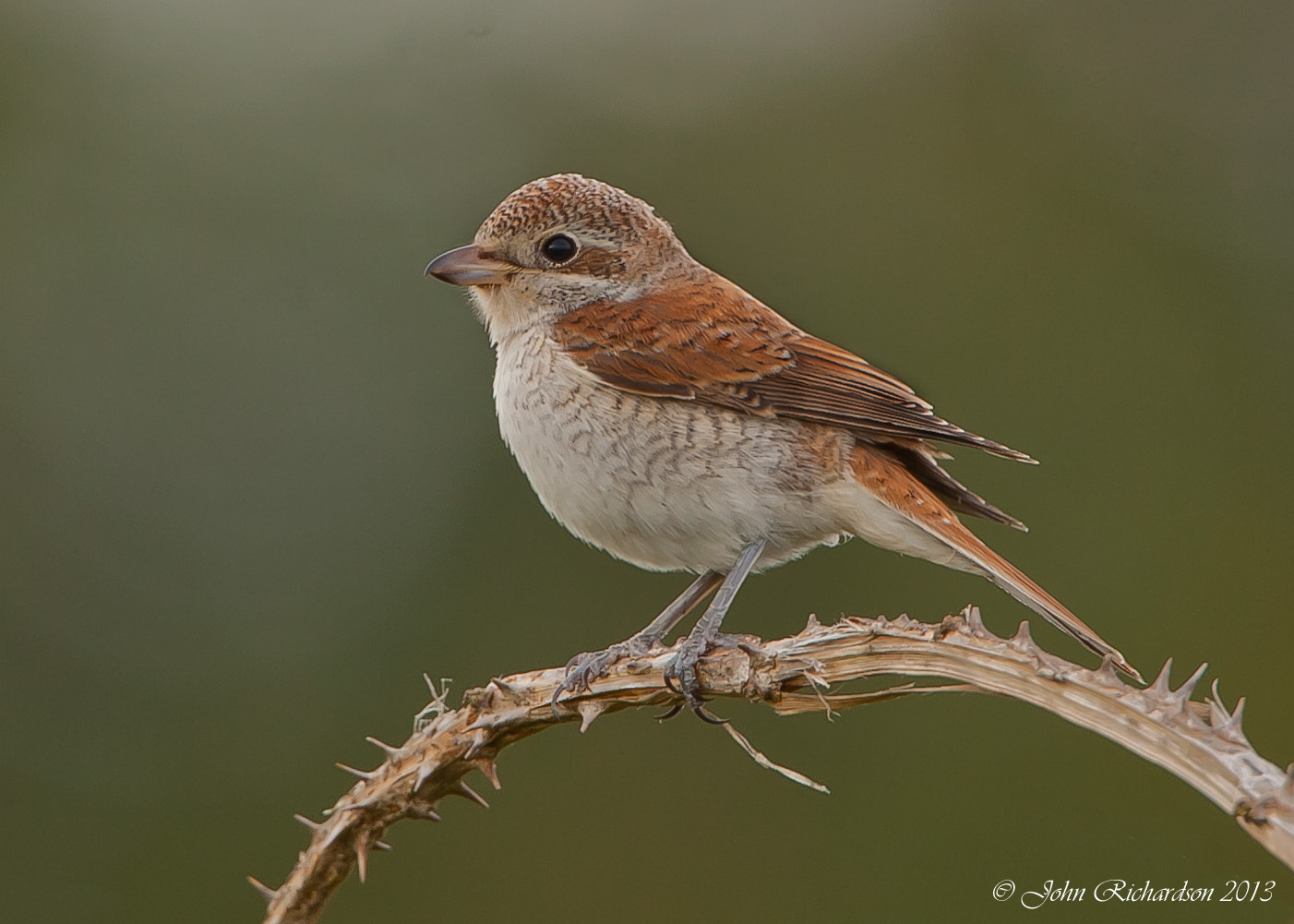 Red-backed Shrikes were driven to extinction in the UK at the end of the last century and egg collecting remains a major threat. Wildlife Crime Officer, PC Josh Marshall, has been directly involved in the protection scheme since the birds first bred on Dartmoor in 2010. He explained: "I deployed Operation Wilderness cameras to assist with the protection of the birds. Cameras were downloaded at regular intervals to ensure the security of the site. As in previous years, we used a combination of volunteers, staff and sophisticated wildlife surveillance equipment as part of site protection and monitoring. Although it's been hard work, the efforts have been rewarded with two youngsters fledged. We are particularly grateful to the volunteers involved and to Devon Birds for funding some of the cameras used on site as part of Devon & Cornwall Police's Operation Wilderness."

Red-backed Shrike is a migrant species that returns from Africa in spring. They are also known as "butcher birds" due to their uncompromising eating habits, which involve catching small creatures and often impaling them on sharp thorns or barbed wire. These 'larders' can hold caterpillars, beetles, bees, lizards and even small mammals. Once a familiar breeding bird across the country, they declined to extinction, last breeding in England (East Anglia) in 1992, before their return to Dartmoor in 2010. 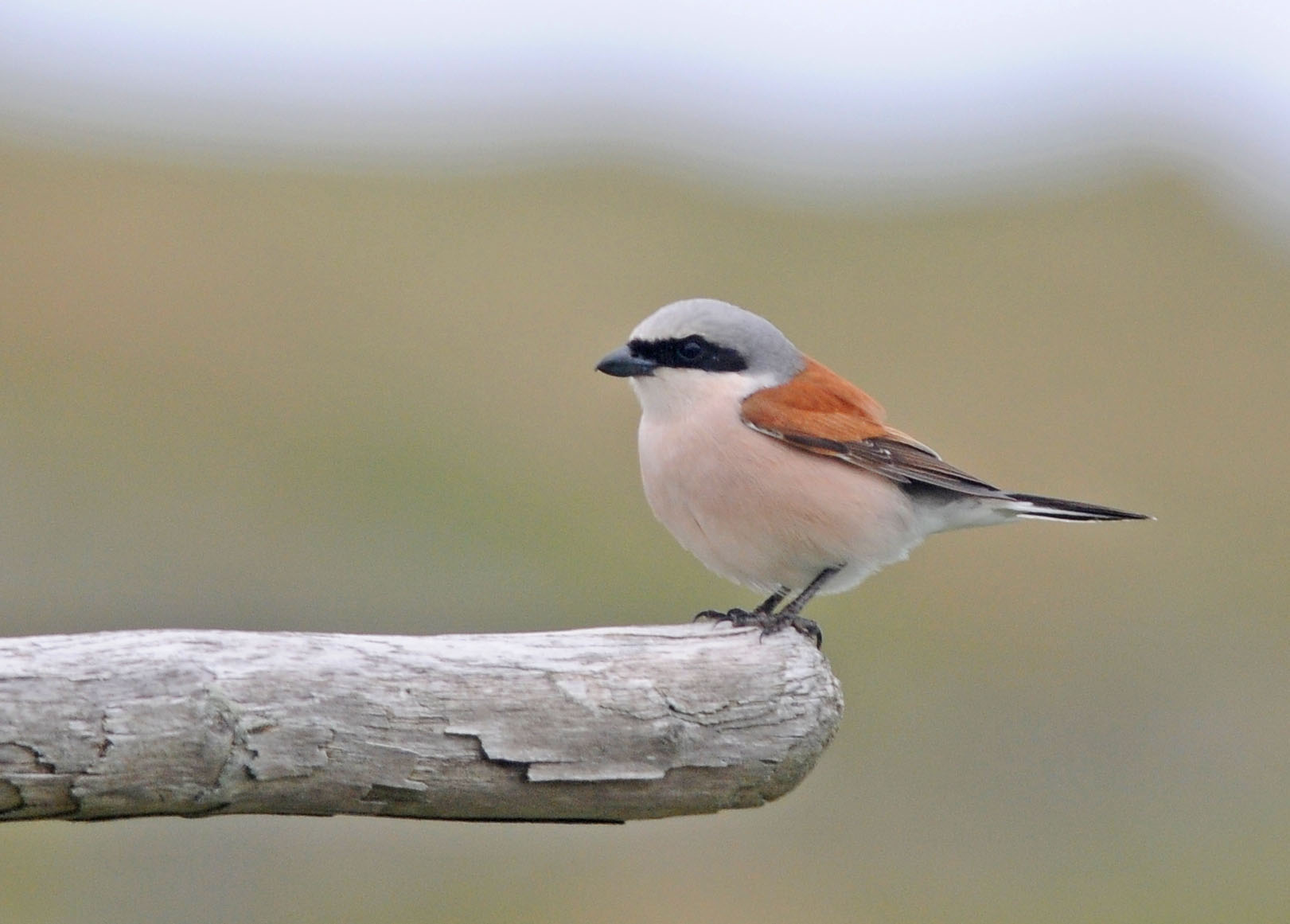 "The Red-backed Shrike is a beautiful bird with striking feeding habits," explained George Harris, Chairman of Devon Birds. "Its loss from Devon last century was tragic, which is why we are so keen to support initiatives such as this, with necessarily wide-reaching partnership involvement, intended to see this bird's recovery in Devon. It's a big aspiration, but success will be worth the effort!

Kevin Rylands concluded: "We hope Red-backed Shrikes will continue to re-colonise Dartmoor but that is dependent upon birds returning next year, finding suitable habitat and not being disturbed. In addition to facing threats from egg-collectors, shrikes, along with many other migratory birds, are in great danger when travelling between the southwest and wintering grounds in Africa, with many trapped and killed en route. The extent of habitat and amount of large insects and other available prey on Dartmoor has no doubt contributed to the recent success of this species. Surveys have shown that Dartmoor (and other SW uplands) holds a wealth of species previously widespread in lowland areas such as Cuckoo, Meadow Pipit and Whinchat and the RSPB is working with conservation partners to ensure that this important upland and its fringes can provide the food and nesting sites that birds need."