Twelve-year action plan to save vultures

Some 43 experts from 22 countries have met in Toledo, Spain, to draw up a strategy to save the world's heavily threatened vulture species.

The meeting was part of preparations for the forthcoming summit of the Convention on the Conservation of Migratory Species. Based on previous consultations and workshops that include the findings of 200 experts, the group in Toledo has expressed their deep concerns about the continued veterinary use of diclofenac, a deadly drug when consumed by vultures, and designed a 12-year action plan which aims to ensure the conservation of all vulture species.

There are 23 vulture species in the world and 16 of them are globally threatened: four Asian species and four African are critically endangered. The conservation of vultures will play a prominent role in the forthcoming summit of the Convention on the Conservation of Migratory Species (CMS) that will be held in October 2017 in the Philippines. 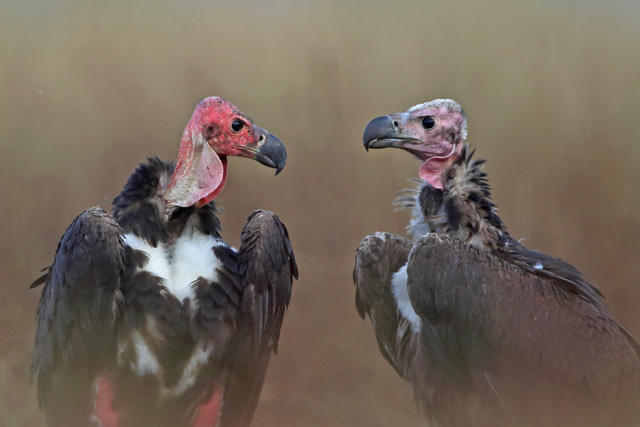 The meeting in Toledo is the result of a process involving 200 experts from Africa, Europe, Asia and the Middle East. Thanks to these previous findings, the participants in Toledo could agree to propose the inclusion of 10 species of African and Asian vultures in Appendix 1 of the Convention on Migratory Species, also known as Bonn Convention, which highlights the true threat level of these birds and reflects their real conservation needs at global level.

The species in the highest threat category are Red-headed, White-rumped, Indian and Slender-billed Vultures in Asia and Rüppell's, White-headed, White-backed and Hooded Vultures in Africa. The proposed action plan includes more than 100 actions to address the main threats to vulture populations, including a ban on the use of toxic products that affect vultures — including poisoned baits — and the phasing out of lead ammunition.

The action plan also proposes actions to end the trade of vulture parts used in sorcery, especially in Africa and Asia, to minimise mortality by electrocution and collision with power lines and wind turbines, and to ensure that birds have sufficient food, free of toxic substances. 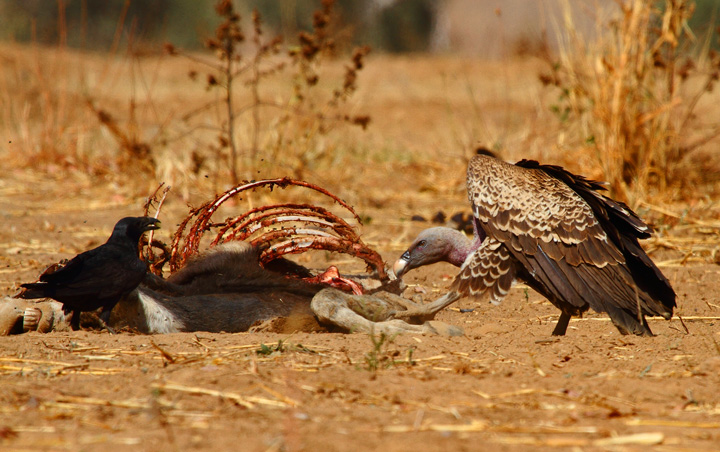 Sights such as this Rüppell's Vulture feeding on a carcass in Sudan are becoming ever rarer (Photo: Edhi Yansyah)

Iván Ramírez, Head of Conservation at BirdLife Europe and Central Asia, said: "Drastic measures are needed to deal with the emergency situation which most of the vultures in Asia and Europe are facing. Not only are they wonderful species that we must preserve, but also key ecosystem service providers thanks to their position at the top of the trophic pyramid. We are exterminating, many times unwittingly, true allies. Without them, the cost of clearing carcasses from the fields will be enormous."

Juan Carlos Atienza, Director of Conservation at SEO/BirdLife (BirdLife Partner in Spain): "The meeting has emphasised the folly of some governments, such as Spain and Italy, by authorising the veterinary use of diclofenac, an anti-inflammatory drug harmless to humans but deadly to vultures. Spain is the last place on the planet with high densities of vultures and is no longer a safe country for them. The Spanish government should ban the veterinary use of this drug as soon as possible, especially when there are other alternatives safe for birds."

For BirdLife Europe and Central Asia, it is of particular concern that Portugal is considering approving the veterinary use of diclofenac. In the Indian subcontinent — once the region with the highest densities of vultures on the planet — the veterinary use of diclofenac resulted in the disappearance of 99 per cent of all vultures in less than 10 years. Since 2006, it has been banned in all countries in the region.