RSPB satellite-tagging has revealed the complete migration route of a British-bred European Turtle Dove for the first time, providing valuable data in the conservation fight to help save the species from looming extinction in Britain.

Last July, the RSPB fitted a small lightweight satellite tag to a Turtle Dove from Suffolk before it embarked on its mammoth migration journey. The conservation charity was then able to track Titan, as the bird was named, on his 3,500-mile migration route from Suffolk to Mali and back again, all in real time.

The European Turtle Dove population has plummeted by 96 per cent since 1970, making it Britain's fastest-declining migrant bird. This fall in numbers is so dramatic that the population is halving in number every six years; at this rate, the species will be lost as a breeding bird in the UK within the next couple of decades.

Flying mostly at night, Titan flew across epic landscapes such as the Gulf of Cadíz, the Atlas Mountains and the Sahara Desert. The satellite tag also revealed that the bird travelled around 300–450 miles each night at a maximum speed of 37 mph. 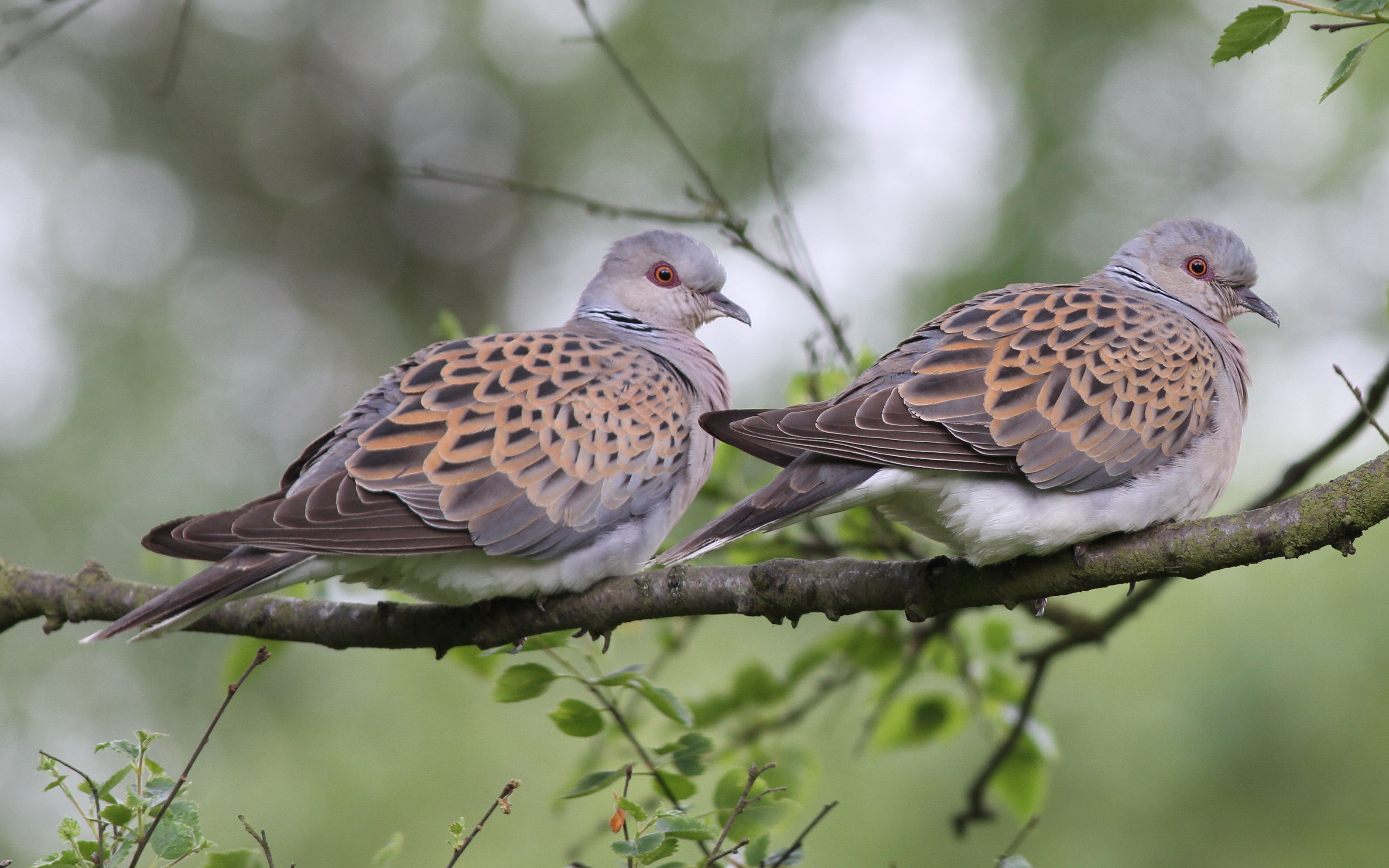 Dr John Mallord, RSPB Senior Conservation Scientist, said: "This is the first time that we have ever been able to track a UK-breeding Turtle Dove to its African wintering grounds. Previously we largely relied on ringing the birds, which didn't give us half the amount of data [that] Titan's tag has. On top of its wintering grounds, we also have the migration route, where it stopped to rest and refuel, and how long it spent in different places. Our aim now is to build on this new information, which will be used to help us to target our conservation efforts far more effectively on precisely those areas the birds are using when they leave the UK."

Titan's outbound journey to Africa, where it wintered for six months, took around a month to complete. On its return, the avian jetsetter spent two weeks working its way through France, initially following the Atlantic coast before leaving from Dunkirk and touching down in Suffolk. The latest satellite reading shows that Titan has returned to the same area it was first tagged in Suffolk.

RSPB scientists and partners at BirdLife hope to explore the key habitats, land use and food resources throughout the migration route, in order to understand the reasons behind the species' alarming decline. This research will help plan and implement conservation actions on a local and international scale to help save Turtle Doves from British extinction.

Dr Mallord continued: "This winter we will be returning to Senegal, an important wintering area for Turtle Doves and a staging area for Titan on his way to Mali, to explore the reasons why they might be declining at such an alarming rate. There are many factors on the wintering grounds that could play a part in the alarming decline of Turtle Doves, such as a lack of reliable water sources, scarce food resources and limited roosting sites. We plan to investigate all possible reasons."

"Historically, hundreds of thousands of Turtle Doves have wintered in Senegal — although there are suggestions that these numbers are lower nowadays — therefore it is vital that we focus our conservation efforts on wintering sites such as these to get a better understanding of the reason why they are declining, and eventually put measures in place to help a recovery."

For more information on Titan's journey and how the RSPB and Operation Turtle Dove partners are helping to stop the declines visit www.rspb.org.uk/titan.