RSPB Scotland has published a detailed 20-year review of the illegal killing of birds of prey in Scotland, which confirms that 779 protected raptors were illegally killed between 1994 and 2014.

In total, 468 birds of prey were poisoned, 173 were shot and 76 were caught in illegal traps. There were also seven attempted shootings. The figures include 104 Red Kites, 37 Golden Eagles, 30 Hen Harriers, 16 Goshawks and 10 White-tailed Eagles.

RSPB Scotland's specialist investigations team has been meticulously documenting the illegal killing of birds of prey in Scotland for 20 years to provide a thorough public record of the scale, location and methods of wildlife crime. This effort, supported by an extensive body of peer-reviewed science, has shown the severe impact of criminal activities on some of Scotland's most iconic and vulnerable bird species. 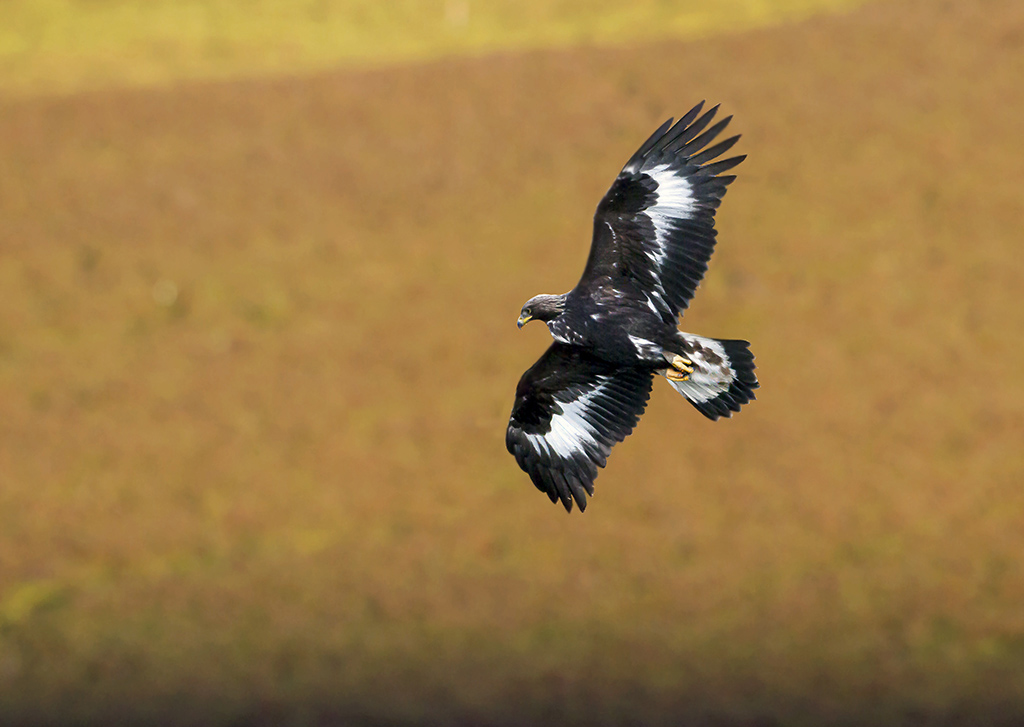 A Golden Eagle soaring over the Scottish Glens is one of the most impressive wildlife spectacles to be seen anywhere in Britain, yet persecution of this special bird continues (Photo: Tom Melton)

The report deals only with incidents that have been confirmed as involving criminal activity, either by post mortem at a government laboratory or by reliable witnesses. The number of birds actually killed will therefore be much higher. Much of this crime takes place in remote areas where the risk of detection is low and crimes can easily be concealed. The Scottish public and wildlife enthusiasts have played a very helpful role in reporting crimes to the police and RSPB Scotland, and the RSPB says they want to encourage this to continue. All recorded crimes have been reported to the police.

In a further 171 incidents, poison baits and/or non-bird of prey victims of poisoning were found, including 14 domestic cats and 14 dogs. There were also an additional 134 incidents where, although no victim was recovered, clear attempts had been made to target raptors — through the use of illegal traps, for example.

The new review shows that over the past 20 years a majority of cases have occurred in areas associated with game-bird shooting, and in particular within upland areas managed intensively for driven grouse shooting. These findings are supported by a considerable weight of peer-reviewed science, population surveys and the evidence shown by the locations of hundreds of wildlife crime incidents over many years. However, the RSPB commends the fact that in recent years there have been some significant reductions in the number of cases reported from lowland areas of Scotland. 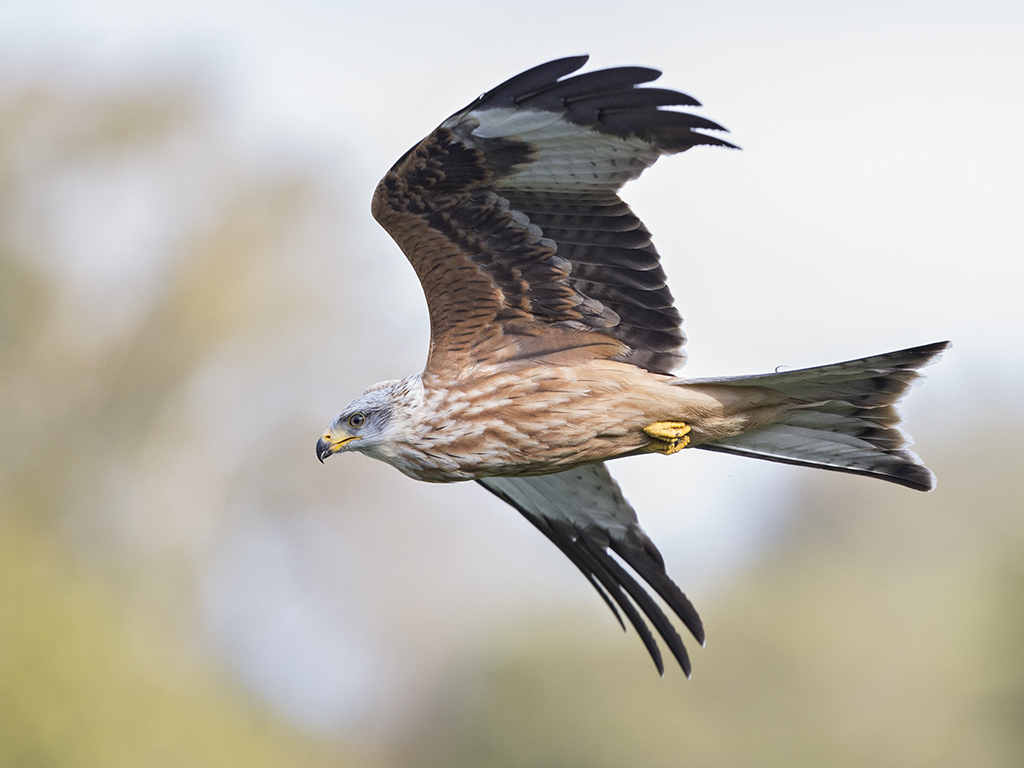 Red Kite has been hit hard in Scotland with 104 individuals falling victim to illegal killings in the two decades to 2014 (Photo: Dave Williams)

Director of RSPB Scotland, Stuart Housden, said: "We recognise that many landowners and their staff have helped with positive conservation efforts for birds of prey, particularly with reintroduction programmes for White-tailed Eagles and Red Kites, and that the majority operate legitimate shooting businesses. But there are still far too many who do not act responsibly, and there will be no improvement in the conservation status of raptors until all land management is carried out wholly within the law."

There is now well documented scientific evidence of the impact of illegal human killing on Scotland's Golden Eagle, Hen Harrier, Peregrine Falcon and reintroduced Red Kite populations. The last national Hen Harrier survey, for example, showed that the population had declined by 22 per cent in Scotland between 2004 and 2010. The Joint Nature Conservation Committee Hen Harrier Framework 2011 concluded that illegal killing was having a significant impact on this species, particularly on land managed for driven grouse shooting in the southern uplands and eastern Highlands.

The report on illegal killing by RSPB Scotland has provided reliable data to inform Scottish Government conservation efforts for the country's internationally important populations of birds of prey, and also re-affirms the need for continued vigilance; good wildlife protection laws; effective enforcement powers for the police; and strong sanctions in the courts to act as an effective deterrent. 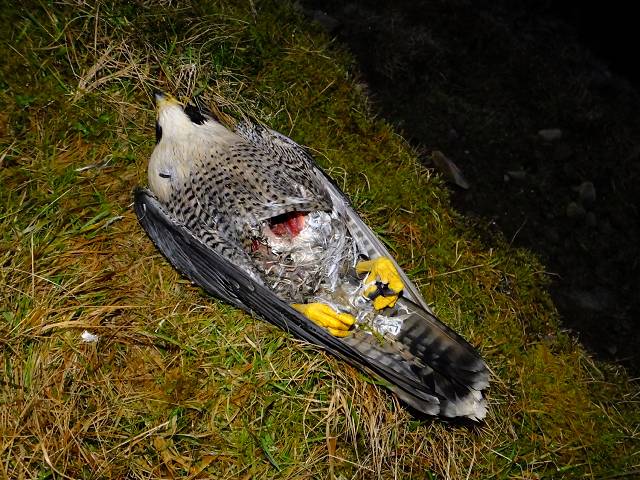 This Peregrine was poisoned at its nest site in South Lanarkshire in 2014 (Photo: RSPB)

Stuart Housden continued: "We welcome measures taken by the Scottish Government over the past 20 years to improve the laws protecting our birds of prey, and the recent improvements by Police Scotland and the Crown Office in tackling wildlife crime. However, our data shows that illegal killing of raptors continues to be a widespread problem in significant parts of upland Scotland. These crimes impact the natural wealth of Scotland and undermine our international reputation, wildlife tourism and diversified rural businesses.

"Scotland's shooting industry, in contrast to the rest of Europe, has 'light touch' regulation and little public accountability. Self-policing has been given more than a fair chance and numerous public warnings, from ministers aimed at upland sporting managers, have not been heeded. It is long overdue that sporting management should be licensed, conditional on compliance with wildlife protection laws. We encourage the Scottish Government to initiate the planned review of game bird licensing systems in other similar countries as soon as possible, so we can learn and adopt best practice to ensure a sustainable future for sports shooting."

RSPB Scotland says they would like to encourage more landowners to participate in the PAWS Scotland "Heads Up for Harries" initiative; find out more here: www.gov.scot/Topics/Environment/Wildlife-Habitats/paw-scotland/what-you-can-do/hen-harriers.

The report will be available to download from RSPB Scotland's online documents library from 11 am today (Thursday 17 December): www.rspb.org.uk/forprofessionals/library/reports.aspx.