The Curlew Walk - 500 miles for curlews

On 21 April I will set out on a 500-mile walk from the west coast of Ireland to the east coast of England in order to raise money and increase awareness of the dramatic decline of one of our lovely and familiar birds of marsh, meadow and upland — Eurasian Curlew. Once a common breeding wader, it is now red-listed as their numbers fall year on year. Over the past 20 years there has been a 97 per cent decline in Ireland, 80 per cent in Wales and on average 50 per cent through England and Scotland.

I am particularly fond of Curlews and have been watching this crash unfold with increasing horror. I have tried to include them in programmes I produced for BBC Radio 4, such as in Saving Species and also in Shared Planet. However, talking and interviewing is one thing — getting out and doing something is another. And so, ever hopeful that humanity can turn round a disaster, I purloined my teenage son's old cross trainers and sat down with a map and a kind of plan. 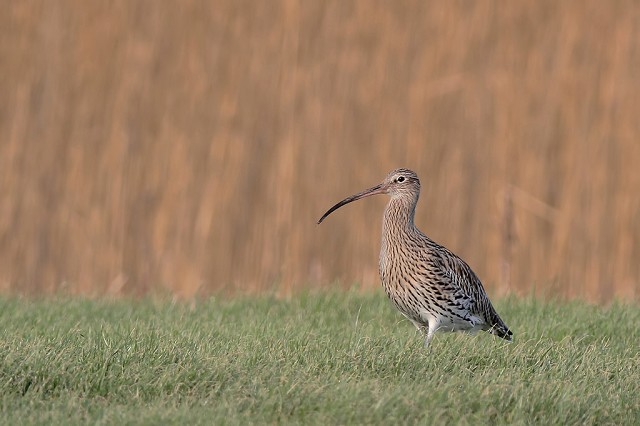 My challenge is to walk 500 miles for Curlews, raising money for (and awareness of) our precarious Curlew populations. 500 miles seems like a nice round figure and it just so happens to be the span between the west and east coasts of the British Isles. Draw a line from Sligo to The Wash and that pretty much set the route, and it also takes me either through or near many traditionally 'good' Curlew sites. I will visit as many as possible, meet conservationists, artists, writers, poets, musicians, in fact anyone who is inspired by the species. I also want to talk to farmers and landowners who may have them on their land and want to do the best they can to bring them back. I have been amazed and touched by how much good feeling there is out there for Curlews — lots of people have stories and memories — and I want to collect as many of these as possible. (If you have a Curlew snippet please send it to me!). You can find out more about my route here.

It is perhaps Curlew's call that has inspired so many. The distinctive "curlee, curlee" is the cry that gives it its name. The hauntingly beautiful display call bubbles and rises out of a marsh and somehow seems to say so much about the essence of wilderness. Someone I spoke to recently told me that they thought the call of Curlew described the meaning of silence.

"It would be a poor creature who cannot delight in the guttural sounds of a pair of courting curlew," wrote Desmond Nethersole Thompson in Waders — Their Haunts and Watches. And Lord Edward Grey, in his book The Charm of Birds, wrote: "Of all bird songs or sounds known to me there is none that I would prefer than the spring notes of the Curlew…The notes do not sound passionate they suggests peace, rest, healing joy, an assurance of happiness past, present and to come. To listen to Curlews on a bright, clear April day, with the fullness of spring still in anticipation, is one of the best experiences that a lover of birds can have."

I would agree, and I will deeply mourn them if they continue on their downward spiral and become vanishingly rare. Of course, we are not there yet: with 68,000 breeding pairs, the British Isles hold 25 per cent of Europe's breeding population — but apart from areas such as the North Pennines, breeding success is very low. Early cutting of grass for silage, predation and trampling by livestock are known problems, as are flooding and disturbance. Finding a nest site is getting more difficult too as forestry is expanding, wetlands and bogs drained and pastureland improved. Some fine conservation minds are on it, but it needs the will of politicians and people to turn it around. And of course, by helping Curlews we help many other similar species too. 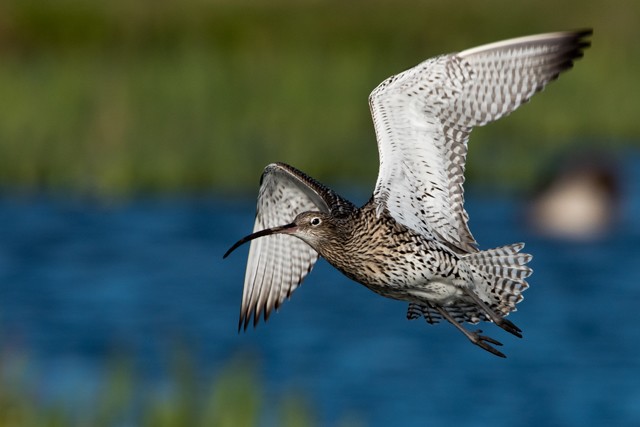 Curlew is a precious part of our biological and cultural heritage. We have a moral duty to protect them for sure, but apart from duty and responsibility Curlews deserve our affection: they have inspired so much emotion that has translated into all manner of art, music and literature. And, of course, they have even inspired me to take a deep breath and head off over 500 miles!

If you can support my walk I would be very grateful. You can make a donation at www.crowdfunder.co.uk/the-curlew-walk.

Once underway I will be fundraising directly for projects for Curlew recovery. I hope it makes a difference.