The proposed asphalt road that would have bisected the Serengeti National Park, jeopardising the world's last great mammal migration, will not now be built, the Tanzanian Ministry of Natural Resources and Tourism has announced at the UNESCO World Heritage Committee meeting.

Hon. Ezekiel Maige, Tanzania's Minister of Natural Resources and Tourism, confirmed that the existing tourist route would remain as it is, while roads outside the Park to district capitals would be upgraded. "This decision has been reached in order to address the increasing socio-economic needs of the rural communities in northern Tanzania, while safeguarding the Outstanding Universal Value of Serengeti National Park," stated the Minister.

The Serengeti National Park, a UNESCO World Natural Heritage site, is the world's largest protected grassland and savannah ecosystem, and provides the stage for one of the last terrestrial animal mass migrations on earth. Shaped by the circular march of some two million herbivores, including Wildebeest and Zebra, in their endless search for forage and water, the park supports one of the world's highest concentrations of large predators, and is home to over 450 bird species. It is also of huge importance for Tanzania's tourism and the country's economy. 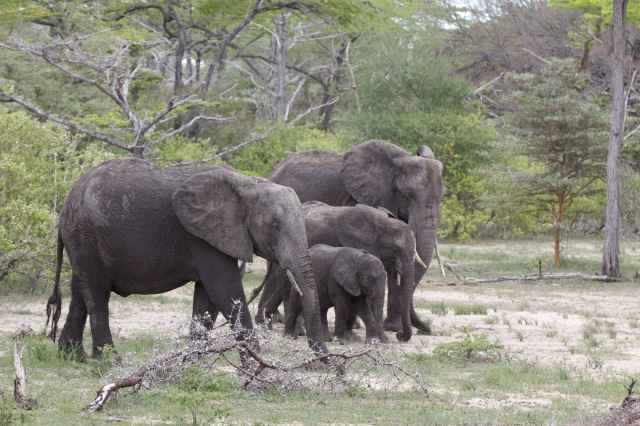 Welcoming this announcement, Dr Markus Borner from the Frankfurt Zoological Society said "We thank President Kikwete and the Tanzanian Government for recognising the importance of the Serengeti ecosystem and to balance development with conservation. We urge the international community and the donor agencies to consider providing support for the construction of a southern alignment, which will avoid Serengeti National Park."

"This is a very welcome step in the right direction," said Thomas Tennhardt, Vice President of NABU (the German BirdLife Partner). "We congratulate the Tanzanian Government and encourage them to consider the road to the south to ensure a sustainable long-term solution. As well as reducing impacts on wildlife, it would also be of considerably greater benefit to local communities. Coupled with an extension to the east of the Serengeti, it would also address the Tanzanian government's objective to connect isolated communities to commercial centres and road networks."

"By taking this bold decision to protect the Serengeti, the government of Tanzania has once again demonstrated its commitment to sustainable management of the country's abundant biodiversity resources for the good of current and future generations of Tanzanians. Last year, the country received a top award for best practice in management of Lake Natron," said Victoria Ferdinand, the Acting CEO of the Wildlife Conservation Society of Tanzania. "The practice on the ground must adhere to this decision with TANAPA effectively controlling the traffic allowed into the Park."

"The announcement at the World Heritage Committee session is a great advance and we warmly welcome the Tanzanian Government's far-sighted decision," said Dr Julius Arinaitwe, Director of the BirdLife International African Partnership Secretariat . "However, there are still serious concerns about traffic through the park after upgrade of the roads either side, which will need to be fully examined as the Environmental and Social Impact Assessment for the north route is finalised."

Earlier this year, Federal Minister for Development Dirk Niebel announced that Germany would be willing to finance a study on alternative ways of connecting areas bordering the Serengeti in the north to the existing road network, without crossing the Serengeti. In addition, Niebel reaffirmed willingness jointly to finance an international feasibility study for an alternative southern bypass for the national park.