Conservationists had feared that Syria's current political unrest may have affected the fortunes of the Northern Bald Ibis — currently the most threatened bird in the Middle East, with just one breeding pair left. But, counter to the trepidation, for the first time in the last three years the remaining pair has successfully reared two healthy young, which have left the nest and begun their migration to the highlands of Ethiopia.

Chris Bowden is the RSPB's international species recovery officer, coordinating the Northern Bald Ibis programme for BirdLife International. He said: "This species has teetered on the brink of extinction in the Middle East for several years, but we're delighted to report that the fledging of two chicks has reignited our hopes for the recovery of this bird." The Syrian Desert Commission has successfully protected the birds. 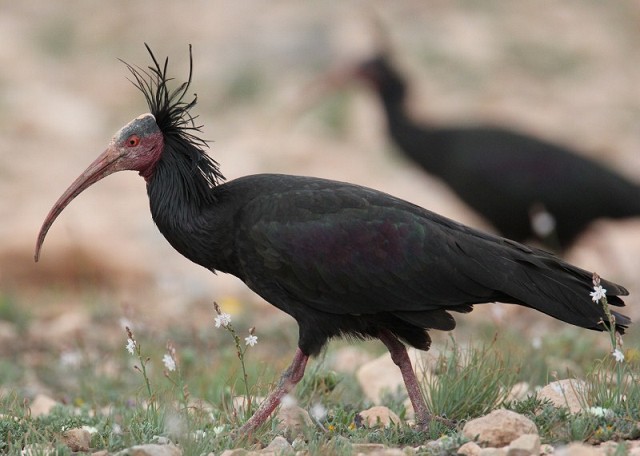 Chris added: "This species has been an important cultural and religious icon in the Middle East and it had special significance to the Egyptian Pharaohs, but now it has become a symbol of optimism too. As we trace their migration route across the Middle East, we have colleagues across the region poised to monitor them on their journey. However, difficulties such as petrol shortages are confounding our efforts. One of our Yemeni colleagues was forced to wait nine hours for fuel before starting to search for the birds!"

The wild population of Northern Bald Ibis was feared extinct in the Middle East until 2002, when birds were found nesting in the mountains of Syria, near Palmyra, after not being seen in Syria for 70 years. Since then, conservationists have sought to give the birds protection by working with local people and by using state-of-the-art technology to track the birds' movements. This research has identified that the Syrian adult birds head to the highlands of Ethiopia to spend the winter, but where the juveniles go still remains a mystery. 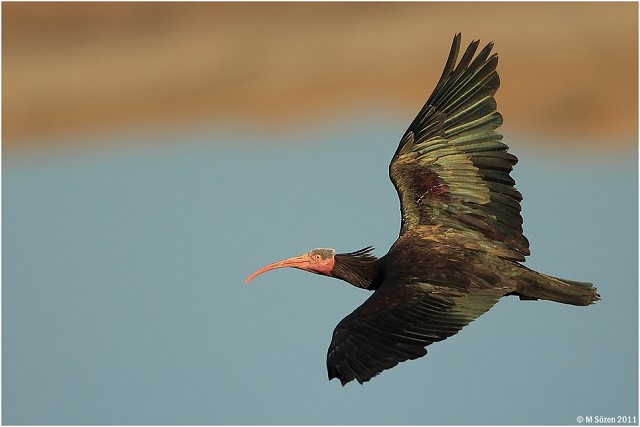 The Critically Endangered Northern Bald Ibis was once widespread across North Africa and the Middle East. Aside from Syria, the only other nesting population occurs in Morocco, where just over 100 breeding pairs still occur in two coastal locations near Agadir, on the Atlantic coast. The outlying birds in Syria will be an important addition but only if the population can be sustained. Two of the three adult birds carry tracking devices and their daily progress can be followed by visiting the RSPB ibis tracking website.