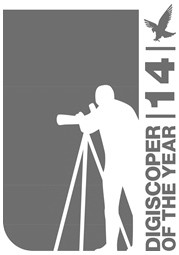 Digiscoping has come a long way since the term was first coined by French birder Alain Fossé in 1999. The technique of attaching spotting scope to digital camera to take long-distance photos has become ever more popular with birders, developing into an art form in its own right.

A key channel in the growth in interest in this photographic technique is Swarovski Optik's Digiscoper of the Year competition. Now in its ninth year, the contest attracts some of the best digiscoped images of wildlife from around the world. The competition is now open for entries and the closing date is 30 September.

Following on from last year, there are four themed categories: Behaviour and action, Mammals, Portrait, and Video. For the first time there will also be a special prize for images taken using a smartphone, or 'phonescoping'. A panel of experts, including BirdGuides and Birdwatch Managing Editor Dominic Mitchell, will decide the winners for each category and an overall winner. The results will be featured in the December issue of Birdwatch, which will also include a free 2015 calendar featuring a selection of the best photos.

Under the terms of this competition, Swarovski Optik understands digiscoping pictures and videos to mean digital pictures and videos featuring animals (birds, mammals, reptiles, insects and amphibians) in their natural habitat which have been produced using a digital camera or — for the first time this year — with a smartphone through the eyepiece of a spotting scope or binoculars. The pictures submitted must be allocated to one of the four themed categories listed above.

Top-quality prizes for the best pictures

Swarovski Optik will publish the best 15 of all the pictures submitted and the best five videos, with the names of the competitors, on www.digiscoperoftheyear.com. One winner will be named per category. From these four category winners, one overall winner will be given the title Digiscoper of the Year 2014. The top prize is a complete set of Swarovski Optik digiscoping equipment (ATX or STX eyepiece module, 25–60×85 objective module, digiscoping adapter, spotting scope rail, tripod, and tripod head) — to increase even further the enjoyment of the discoveries made when digiscoping. The three other category winners will each receive a pair of EL 32 binoculars from Swarovski Optik.

Special prize for digiscoping with a smartphone adapter

The use of smartphone adapters for digiscoping is growing in popularity. That's why, in early 2014, Swarovski Optik brought out the PA-i5 adapter for iPhone 5/5s that turns the combination of a spotting scope or binoculars and an iPhone into a super-telephoto lens in an instant. From all the pictures and videos submitted that have been shot with a smartphone adapter, Swarovski Optik will choose 20 pictures or videos to be published on Facebook. Digiscoping fans can rate these shots until 31 October 2014. The most popular shot will win a pair of CL Companion binoculars from Swarovski Optik.

The prize for the best phonescoped image will also be selected in this way, with 20 photos and videos taken using a smartphone uploaded for fans to 'like'. The winner will receive a CL Companion binocular. Fans can rate these shots until 31 October 2014.

What you need to know to take part

The competition allows the use of digital and video cameras, as well as smartphones of any kind, and all commercially available spotting scopes, binoculars, and eyepieces. Pictures may only be submitted by uploading the files on www.digiscoperoftheyear.com. Videos should be no more than 60 seconds long and should be supplied in a minimum quality of 720p, only via YouTube/Vimeo. Photos and videos that have been digitally manipulated are not allowed in the competition. However, photos that have been retouched in terms of contrast, brightness or focus, for instance, are permitted. The original picture or video must be available in unprocessed form. 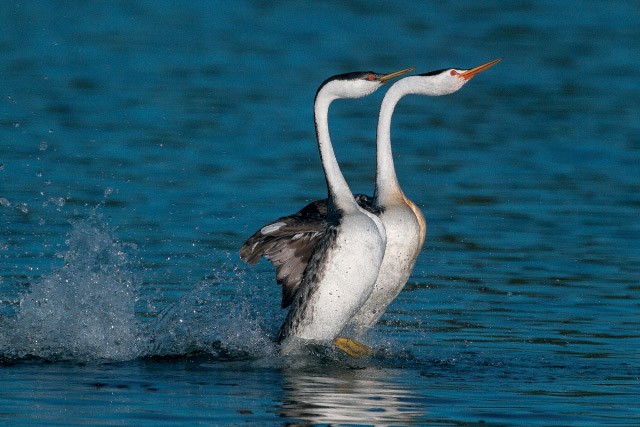