Swallows opt out of migration

A number of Swallows survived the winter in Britain, after skipping the usual 9,600-km autumn migration.

The change in behaviour is one of the most remarkable signs yet of the warming world being caused by climate change, according to Chief Executive of the BTO, Juliet Vickery.

"It is indeed remarkable," said Professor Vickery. "We haven't got to go back too far to remember winters when it would have been impossible for Swallows to survive the freezing temperatures, but as our winters get milder it is something we may see more and more."

Swallows migrate south in the autumn because the European winter is too cold for the flying insects on which they feed. And for thousands of years, the return of the bird from its winter quarters in Africa has been one of the key signs of the coming of spring across Europe. 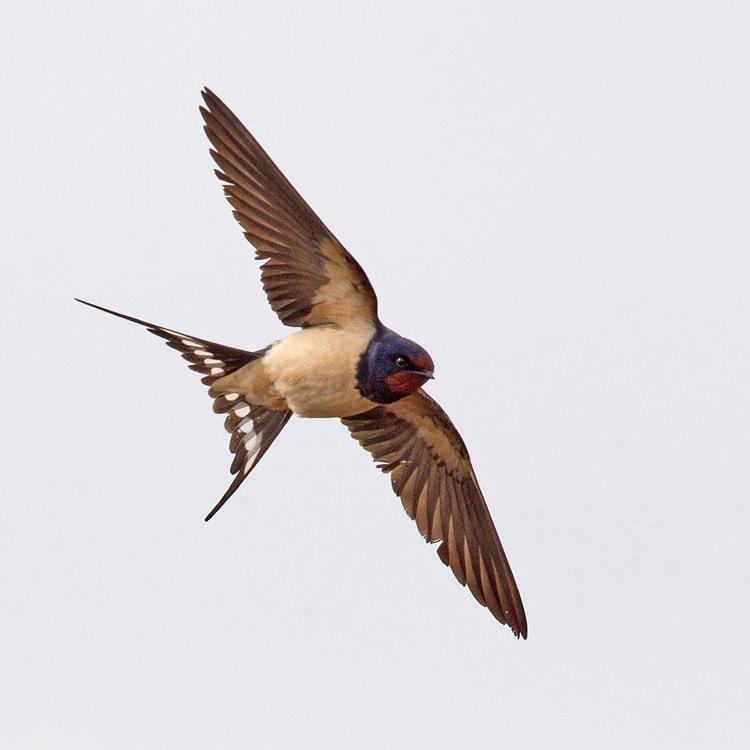 Up to 12 Swallows were reported on wintering sites in January (Simon Richardson).

It is greeted with delight and celebrated in the folklore of many countries. A famous Greek vase from 500 BC shows three men looking up at a returning Swallow with the caption 'Spring already!'.

But with the run of mild winters in recent years a small number of Swallows have been able to attempt to spend the winter months here.

This year the BTO's BirdTrack recording system for regular birdwatching observations received almost a hundred sightings of up to 12 individual Swallows by 1 February. Most have been seen in the warmer south and south-west of Britain, and also in Ireland.

"To suggest that our winters would be warm enough for swallows to survive would have been unthinkable a few decades ago." said Professor James Pearce-Higgins, the BTO's Director of Science. "But the evidence that our climate is changing is building year by year."

Although the return of Swallows has been celebrated for thousands of years, until the 20th century it was not known where they went, when they disappeared in the autumn. Some people, even some scientists, thought that they hibernated in the bottom of ponds.

Their true destination was only revealed in the early 20th century with the start of bird ringing. In December 1912, a Swallow was caught on a farm in Natal, South Africa, bearing a ring which had been placed on its leg eighteen months earlier by John Masefield, a solicitor and amateur naturalist, in the porch of his house at Cheadle, Staffordshire.

This recovery proved that a bird not much bigger than a matchbox could undertake an immense annual journey that included crossing the Sahara Desert.

Swallow is not the only bird being affected by global warming, The BTO's recent report on British birds and climate change indicated that a quarter of British breeding species might be negatively affected – with one of the British public's favourite birds, Puffin, at severe risk.

For more information about BirdTrack and how you can submit your bird observations, please visit www.bto.org/birdtrack.