A WWT scientist has confirmed that Polar Bears stranded on land in the summer months are devastating the Svalbard breeding population of Barnacle Geese as they roam the coastline looking for food.

Conservation effort over the last 60 years was successful in bringing the species back from a dire 300 birds to over 30,000. But as the extent of polar ice has decreased there has been a direct increase in the number of bears, especially on the west coast of Spitsbergen, as they are unable to reach the seal colonies where they usually feed. 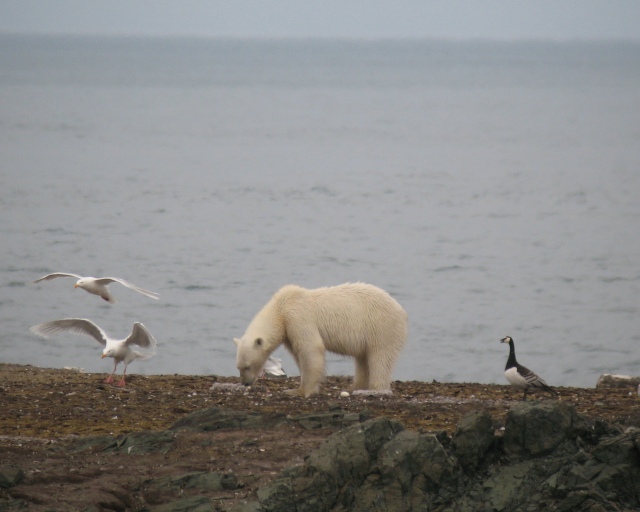 One Polar Bear took over 1,000 eggs during the summer (photo: Brian Morrell/WWT).

The entire population of Svalbard Barnacle Geese winter on the Solway Firth, and last winter only half the expected numbers of goslings were seen. Early reports from Svalbard also indicate that the situation may be similar this winter.

This summer, during two months of monitoring at one Barnacle Goose colony on Diabasøya Island, scientists from the University of Groningen and WWT observed 10 different Polar Bears. The first bear ate over 1,000 eggs and subsequent visits were equally devastating. Of over 500 nests on the island, fewer than 40 were successful and most of them had very small brood sizes of only one or two goslings. 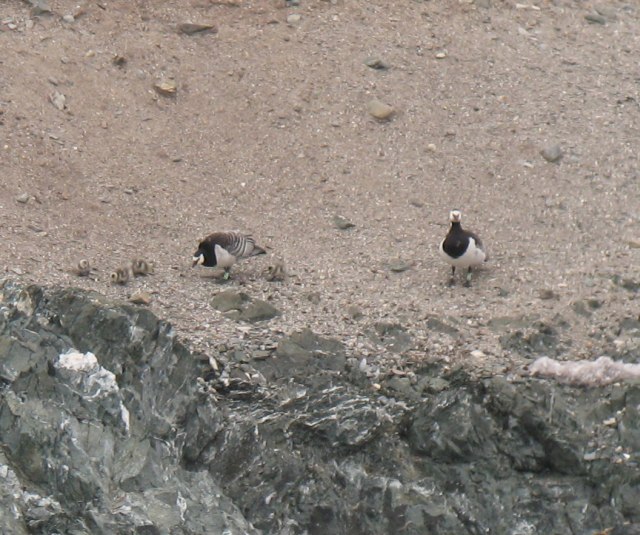 WWT's Brian Morrell said: "It was heartbreaking to see the geese lose their eggs after all that time and effort. They just stood there after the bear had left looking forlornly at the nest for up to half an hour before flying off to feed. The geese are very long-lived birds and ironically their survival rate is increased if they don't actually breed, especially the females. But if their breeding continues to be affected in this way the population will quickly age, which threatens its stability and the future conservation of this bird, which is very special to WWT." 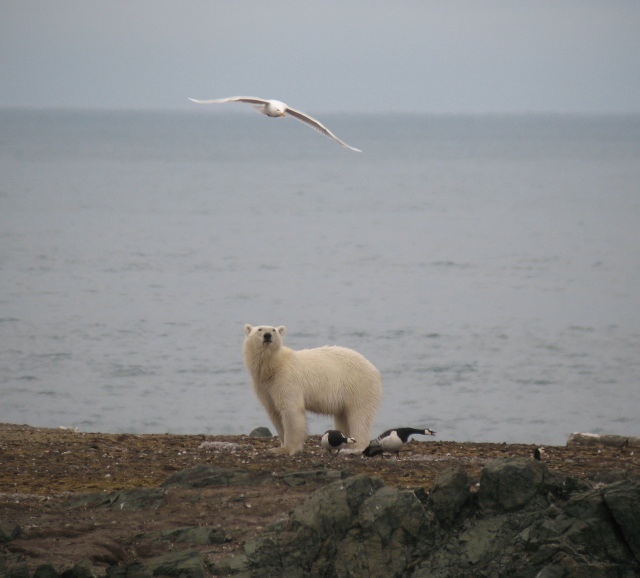 WWT's chief executive, Martin Spray, added: "It is a tragedy to witness two species of conservation concern clashing over the right to survive, and demonstrates very graphically the tensions the natural world is experiencing now. The situation is made all the more sad for WWT and its international partners because the Barnacle Goose's revival has been a conservation success story of which we were immensely proud. In the 1940s, numbers had slumped below 300; today, up to 30,000 birds at a time can be seen from WWT Caerlaverock — to the delight of locals and visitors and to the benefit of the tourist economy."

Historically, the geese have been relatively safe nesting on islands out of the reach of their main nest predator, the Arctic Fox. As increasing numbers of Polar Bears are foraging on the islands, researchers hope that the geese will adapt in time to reduce the damage to the total population. 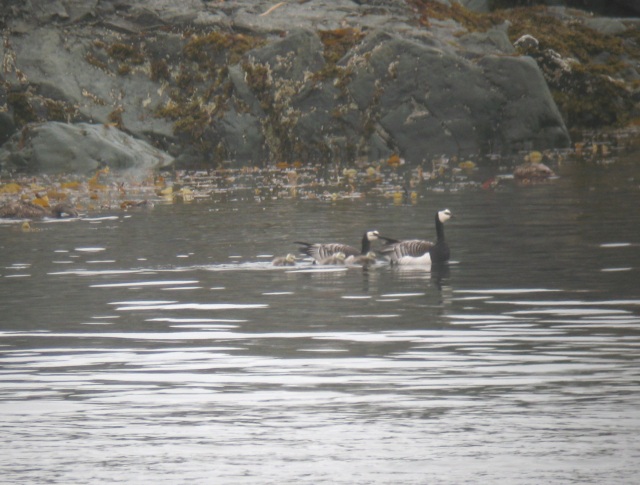 Brain Morrell added: "Some of the goose colonies in Svalbard use cliffs to nest. Although that has its own problems for fledgling chicks, it does put the nests out of reach of marauding bears. It seems this will eventually be the only breeding strategy left to the geese. After reading the recent reports from another expedition in the north of Svalbard where a Norwegian man had a very lucky escape having been pulled from his tent by a Polar Bear, I'm seriously considering camping up a cliff myself next time I visit."