Friday 13th is supposed to be unlucky, but not for the three Black-winged Stilt chicks that hatched on that day in June at RSPB Medmerry in West Sussex — they have beaten the odds and fledged successfully. The stilt family has been seen flying together on the nature reserve, an award-winning coastal realignment near Chichester whose creation was led by the Environment Agency between 2011 and 2013, primarily as a flood risk management scheme, and which consists of mudflats, tidal lagoons, saltmarsh, wildlife-friendly farmland and dragonfly-rich ditches.

It has been a tense few weeks with RSPB staff and volunteers keeping their fingers crossed that the birds would survive to the stage where they can fly. Unfortunately, the three stilt chicks hatched at RSPB Cliffe Pools in Kent around the same time did not survive, but the appearance of a family (including four fledged youngsters) at Cavenham Pits in Suffolk this week suggests that another pair has been successful in Britain this summer. 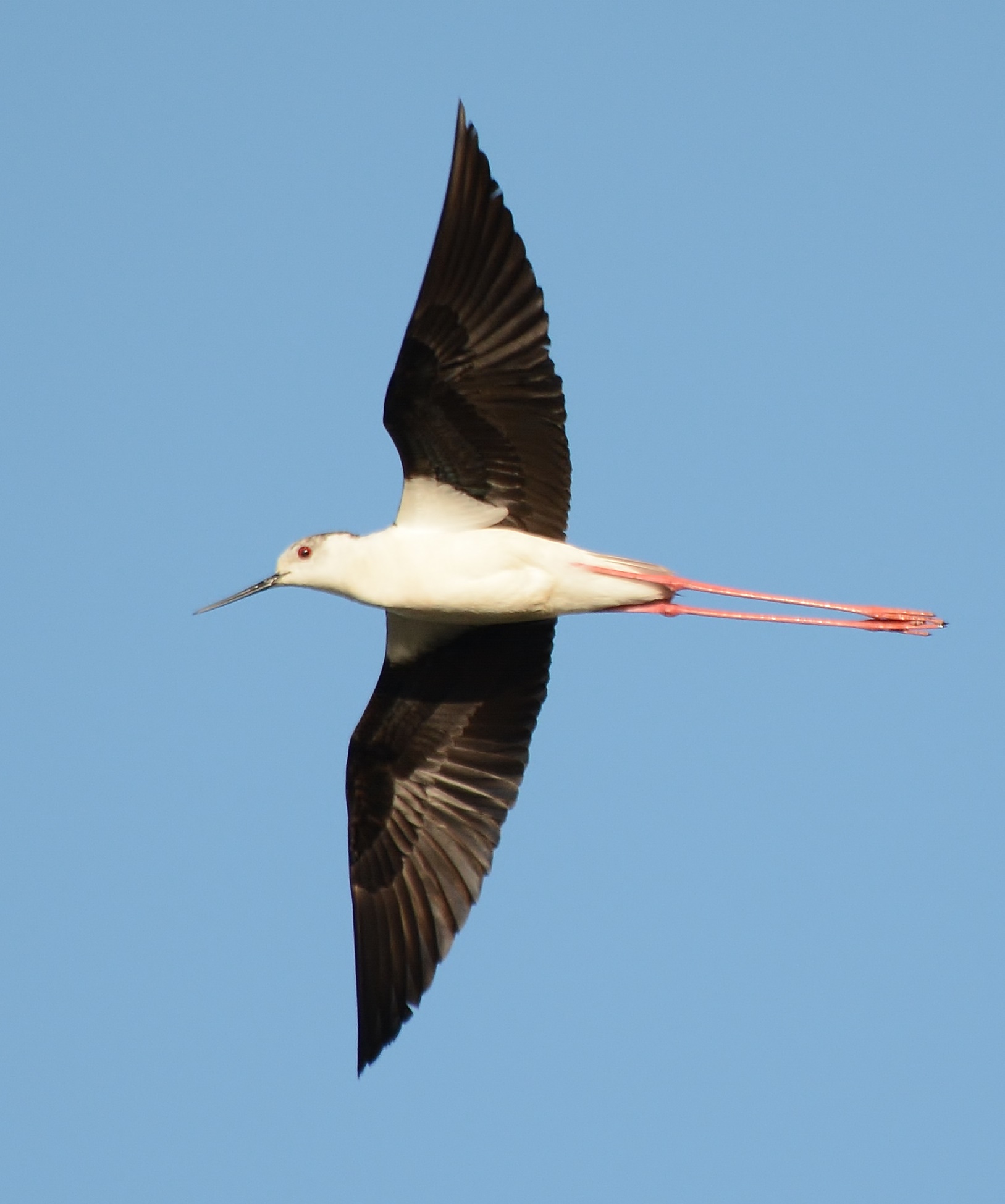 RSPB volunteers Sam and Sandra Hill, from Selsey, saw the chicks in flight on Wednesday. Sam recounted: "We saw two of the stilt chicks walking about on very rough ground. One chick flew about ten metres and then landed. Then we saw the two other chicks take off and fly about 100 metres, then the other chick flew up to join them."

The Medmerry stilt chicks are the first to fledge successfully in the UK since 1987, when a pair of stilts, which are more commonly found in the Mediterranean, raised chicks to adulthood at Holme in north-west Norfolk. This is only the third successful breeding ever confirmed in the UK. The RSPB organised a 24-hour watch on the nest at Medmerry between 22nd May and 13th June. Volunteers and staff kept a close eye on the eggs until they hatched. In total 34 volunteers at Medmerry covered more than 260 hours on watch to protect the eggs from thieves.

Mark Thomas, at the RSPB, commented: "It's fantastic news that the birds have successfully fledged and that all the efforts of the volunteers and staff have paid off. This species may become a regular breeder in the near future but the first steps towards colonisation are really important."

The stilts' presence at Medmerry is a tribute to the wetland conditions there, at what is the largest open-coast managed realignment scheme in Europe and the RSPB's newest reserve. Pete Hughes said: "We have worked very hard to create the right habitats for wading birds like the stilts and this is evidence that we have been successful. The stilts which arrived in this country earlier this year chose RSPB reserves to breed which shows that the work we have done has paid dividends."

It is thought that a dry spell in southern Spain earlier this year may have displaced the birds, which were part of a wider influx to southern Britain this spring. Looking to the future, it is believed that a changing climate may mean they become more frequent visitors in coming summers.