A study has revealed that around three quarters of the UK population have a negative opinion of moths, with many people believing the majority eat clothes and are pests.

Moths have long suffered an unfair reputation as the devourers of clothes despite the fact that only two out of more than 2,500 UK species are known to regularly feed on some fabrics. And rather than being pests, the vast majority of moths play important roles in the food chain and as pollinators. The facts are a stark contrast to the results from the YouGov poll conducted for wildlife charity Butterfly Conservation, which revealed that 64 per cent of people associated moths with eating clothes and one in three with being pests. 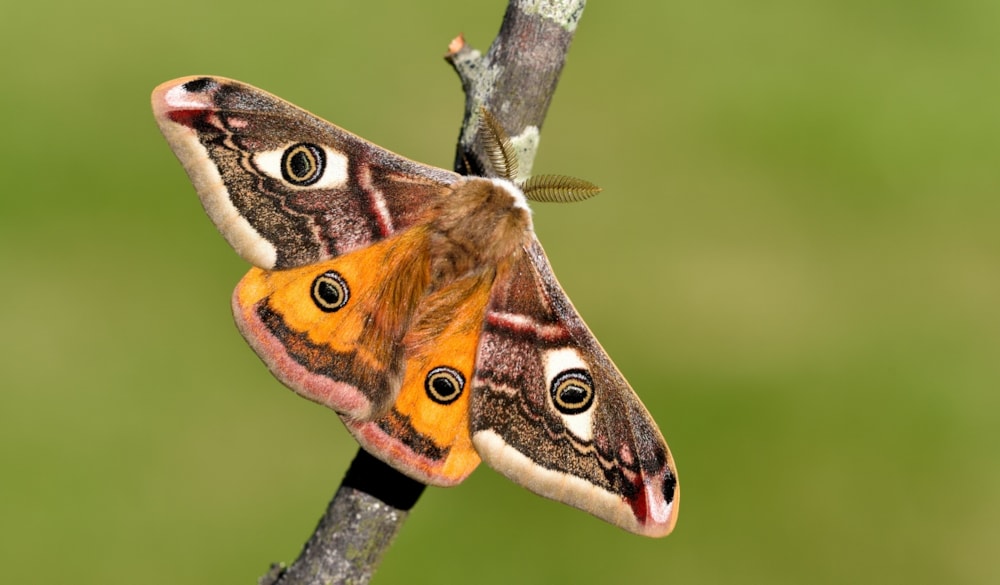 Moths get an unfair reputation among the British public despite the country being home to spectacular species such as Emperor Moth (Bob Eade).

Research found that 17 per cent of people thought moths were ugly and 12 per cent believed they were 'scary'. However some held more positive views, with one in five people believing moths were important and almost a third that they were interesting.

In a bid to make the UK enthusiastic about moths, Butterfly Conservation is launching Moths Matter a campaign aimed at overturning their unfair reputation.

Moths Matter is set to reveal how moths are a key food source for many other species, how they are fascinating and beautiful and how they play an important role as pollinators of wildflowers and garden plants.

The UK boasts a great range of charismatic and beautiful moths. Death's-head Hawk-moth can squeak like a mouse, Mother Shipton has a witch's face on its wings and the caterpillar of the Puss Moth can shoot acid out of its chest. 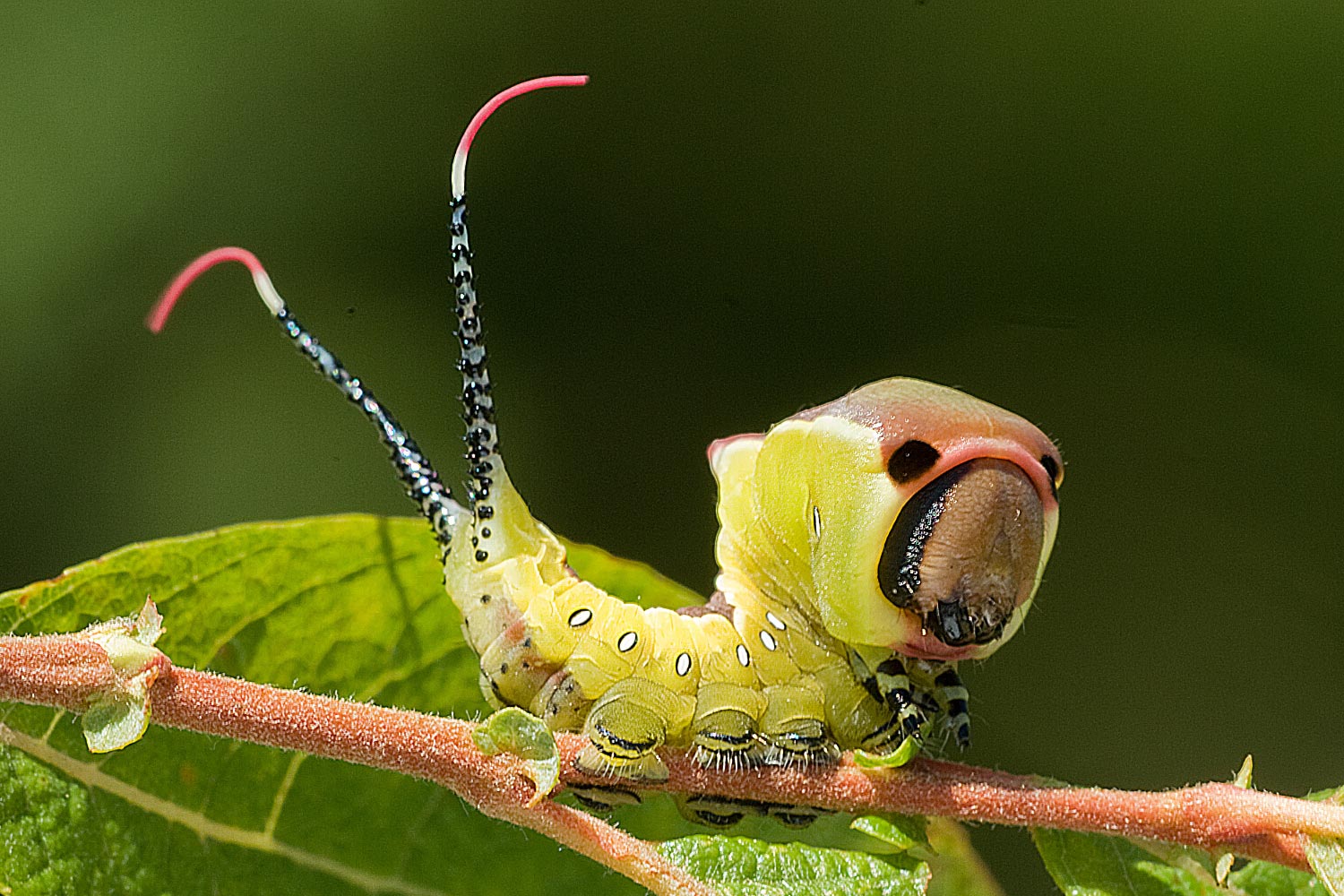 Puss Moth caterpillars can shoot acid out of their chests (John Bebbington).

Leading moth scientist Dr Phil Sterling explained: "We are not that surprised by the findings. People may think of a few times a large moth has startled them and then write them off as annoying or unnecessary; that is wholly unfair.

"Think of the Hummingbird Hawk-moth you might see hovering around lavender in summer. It is a thing of beauty and of wonder as it feeds so precisely in each flower.

"Each of the 2,500 species tells a different story about the natural world of moths around us. Most of them get on with their lives at night and we don't see them, but they are important to us, they pollinate many plants and they tell us about how the world is changing around us."

Scientists have recently discovered that moths may play a much broader role as plant pollinators than previously suspected. Moths are essential pollinators for some plants, including several of the UK's orchids, and they may act as pollinators for a much wider range of plants that had been realised, possibly even some crops. Some moths are much more mobile than bees and can dispense pollen over larger distances. 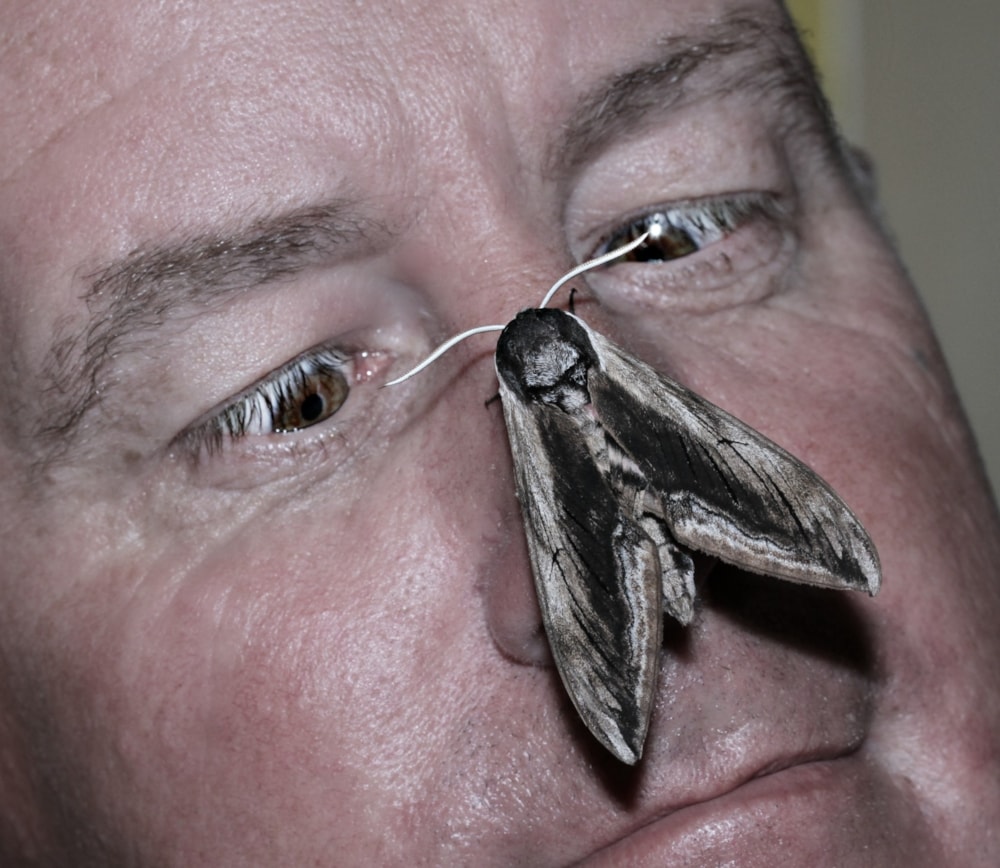 Moths should be cherished, not alienated and disliked (Mark Bicknell).

Moths and their caterpillars are important food for many other species, including amphibians, small mammals, bats and many bird species. Despite the reputation as the destroyers of clothes there are only two common species, Case-bearing Clothes Moth and Common Clothes Moth, that eat fibres of animal origin such as wool, fur and feathers.

The UK's moths are in trouble, iwht two-thirds of common and widespread species having declined over the past 40 years.Butterfly Conservation's Moths Matter campaign will focus on a different theme each month, from spotting springtime caterpillars, planting a garden to attract night-flying visitors, to hunting for hawk-moths in hedgerows.

Look out for the #MothsMatter hashtag on social media to get involved.