Forest management today is about much more than planting and harvesting trees. Just one of the areas to be focused on is making sure the woods provide the best possible conditions for wildlife, and it is becoming increasingly apparent that forests managed for timber production can provide an excellent habitat for many species, including Capercaillie. 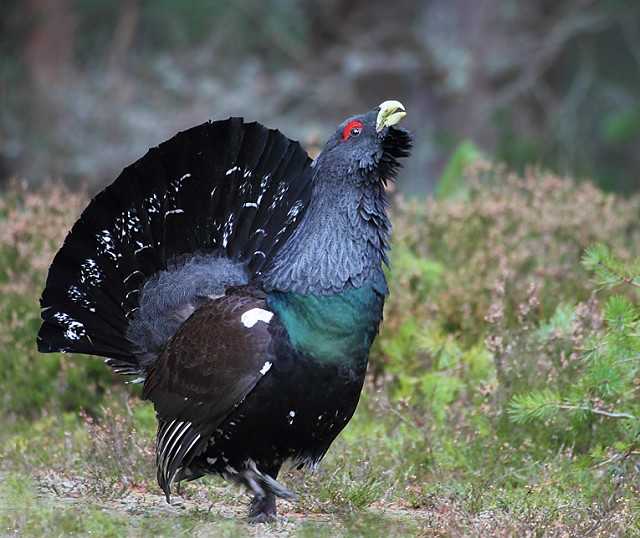 In forests where Capercaillie are found, much of the deer fencing has been removed, and those remaining marked to make them more visible to flying birds. Forestry operations are also avoided in sensitive times during the Capercaillie breeding season.

Adults of this largest of grouse species eat conifer needles from autumn to spring, but switch to a diet of Blaeberry, heather and other ground vegetation in late spring, while the young chicks feed on insects and spiders they find in the vegetation. By lightly thinning tree cover and using alternatives to clear felling, we've found that both Blaeberry and insects flourish, which is good news for Capercaillies. 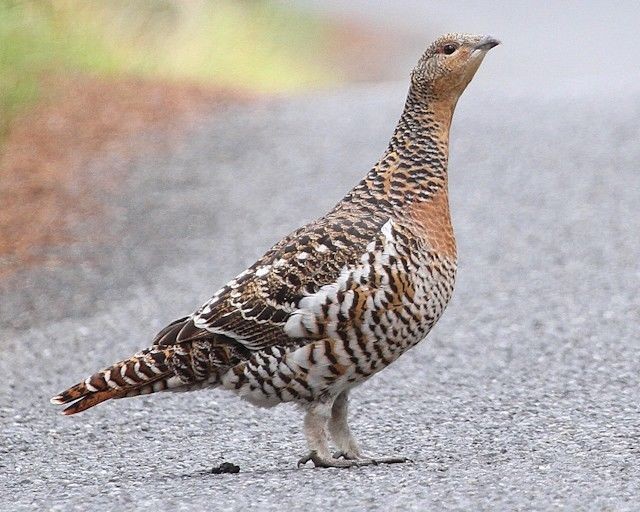 Kenny Kortland, Species Ecologist at Forest Enterprise Scotland, said: "Throughout this period we have actively managed the timber resource and have provided recreational opportunities for over 300,000 visitors every year. We have also carried out ongoing research and this has shown that our forest management creates ideal habitat for Capercaillie. These efforts appear to be working because the birds have shown a spectacular increase."

Our wildlife experts are also interested that Capercaillie numbers are increasing at a time when other potential predators have, too. They believe that each of the predator groups are naturally keeping numbers down which in turn has had positive spin offs for the birds.

"This all challenges the dogma that predator control is crucial for the persistence of grouse populations."

The success of this work has been recognised by The Chartered Institute of Ecology and Environmental Management who awarded National Forest Estate with their prestigious Corporate Achievement Award in recognition of the 15-year effort to integrate timber production and recreation with Capercaillie conservation.

Ken Sinclair, current Operations Manager in Inverness, Ross and Skye Forest District, commented: "[This] shows that timber production and conservation of rare species can be perfectly compatible. We are delighted to receive this award."