Stone Curlew up on the Downs

Two decades of help from England's farmers has seen the population of one of our rarest farmland birds more than double. The recovery of the Stone Curlew is a great illustration of the effectiveness of targeted conservation action and conservation organisations working closely with farmers. But, with conservation funding squeezed in last month's Comprehensive Spending Review, the RSPB is concerned that the recovery may be halted or worse as some farmers will miss out on payments.

In the late 1980s, there were only 160 pairs of this threatened ground-nesting bird breeding in the UK — all in southern and eastern England. This year 370 pairs are known to have bred. Most Stone Curlew occur in just two areas: Wessex — especially around Salisbury Plain — and Breckland, on the Norfolk and Suffolk border, with about a quarter of the population nesting on MoD land. 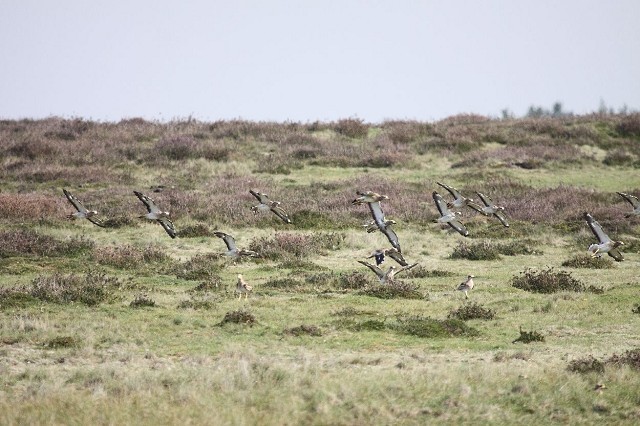 Dr Mark Avery, RSPB Director of Conservation, said: "Farmers have rallied to the cause of the Stone Curlew, and the bird's UK recovery owes much to their support. Stone Curlews nest in bare open areas, often choosing farm fields where their nests or young could be lost to routine farm operations. RSPB project officers help farmers to identify threatened and take action to protect them. We also provide advice to farmers using green farming schemes, including the Higher Level Scheme, to benefit this bird. The higher level agri-environment scheme is key to the Stone Curlew's future. It provides support for farmers to manage parts of their fields specifically for the birds. We target the right management measures to the places where it can make most the difference, and it works. For example, this year, approaching half of the Stone Curlews in southwest England were on specially-created plots and these birds were slightly more successful in raising young than the rest of the population."

The population increased by 11 pairs on last year's total. However, even more encouraging was their productivity: 240 chicks were known to have been successfully raised, compared with only 164 in 2009. The number nesting on RSPB nature reserves also increased from 12 pairs in 2009 to 17 pairs this year, and these birds again raised more chicks than the national average. 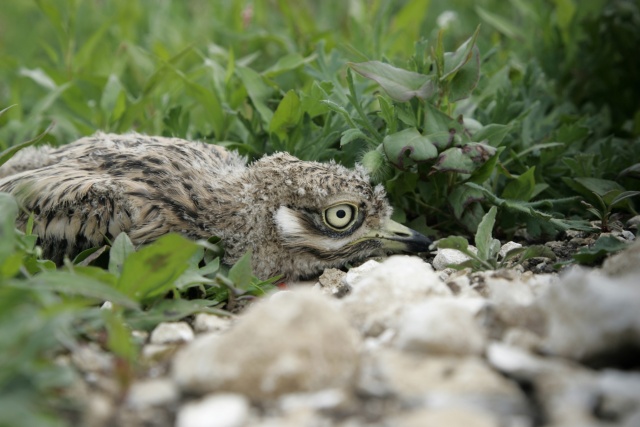 Dr Avery also paid tribute to the support the RSPB's work has received from Natural England. He said: "Natural England has provided fantastic support for the Stone Curlew recovery project over many years, most recently through the Action for Birds in England (AFBIE) programme. They have been a great partner." 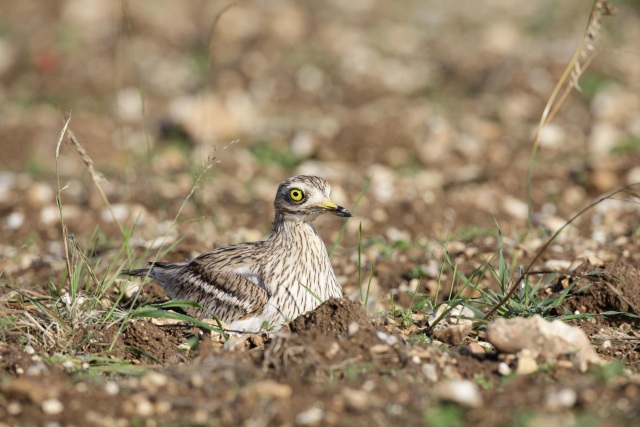 Commenting on the future of the Stone Curlew in England, he concluded: "We were pleased that the Government largely protected the budget for the Higher Level Scheme in last month's spending review, in the medium term. However, we are concerned that the recent temporary freeze in new agreements will mean that some farmers who were ready to introduce measures for Stone Curlews next spring will miss out. This would be a setback to recent progress. Stone Curlews are a good example of why scarce money needs to be targeted towards clear environmental needs."