BirdLife's work to save two key sites for Spoon-billed Sandpipers in China is to receive support from Disney's Friends for Change initiative. The project, Saving Spoony's Chinese Wetlands, will receive at least $25,000 but if children around the world decide to give it their vote, that support could rise to $50,000, or even $100,000.

The Spoon-billed Sandpiper is one of the rarest birds in the world, each year flying over 9,000 km from the Arctic tundra in Russia to the tropics of southern Asia. But the tidal mudflats it depends on to rest and refuel on its incredible journey are continually being developed. 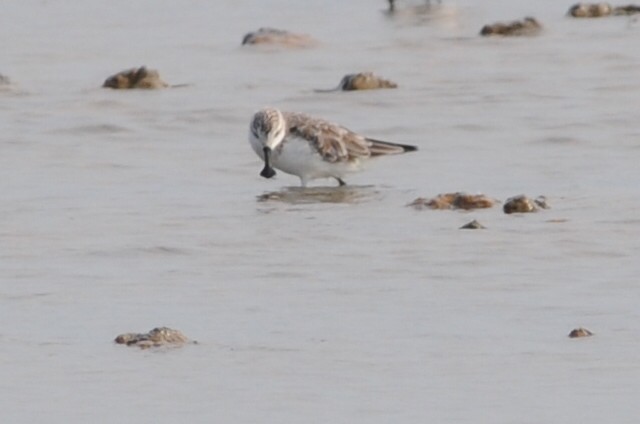 BirdLife's China Programme, the Hong Kong Birdwatching Society and further supporters in China will work at two key wetlands near Shanghai, which Spoon-billed Sandpipers use on their way along China's coast. Talks, games and field trips will be organised for children at local schools, to inspire them about the values of wetlands and wildlife. Students will be encouraged to form Conservation Groups, and to become the ambassadors for the Spoon-billed Sandpiper, telling local people and the government that there is a bird nearby that needs their help.

Voting opened on 29th November and you can help the Spoon-billed Sandpiper by registering on the Disney website and giving Spoony your vote. If you're not based in the UK, then you can find out where to vote on the BirdLife website.

Richard Grimmett, BirdLife's Head of Conservation, said: "We were thrilled to receive the news that our Spoon-billed Sandpiper project had been selected for Disney's Friends for Change Initiative. This gives us a great opportunity to tell people who live near these sites that their wetlands support a bird rarer than the Giant Panda."

In the past, Disney has provided support for a range of BirdLife projects, from saving the forest home of the Philippines Eagle, to protecting and restoring one of Sumatra's last intact areas of rainforest. "We really appreciate Disney's continued support of our species and habitat conservation programmes, together with our education, awareness and outreach work", Richard Grimmett added.