One of the world's rarest birds, Spoon-billed Sandpiper, has laid eggs in captivity for the first time, generating new hope for its survival.

A total of seven eggs have been laid so far by two Spoon-billed Sandpipers at Slimbridge WWT, Gloucestershire. The flock was established in 2011 as a back-up in case conservationists run out of time to save the wild population from extinction. Around 200 pairs remain on their native breeding grounds on the Asia Pacific coast, following declines of up to 25 per cent each year. The Slimbridge flock has a further seven potential breeding pairs.

Each Spoon-billed Sandpiper usually lays four tiny eggs in each clutch. They weigh a combined 32 grams, more than the mother's entire bodyweight, and they take her almost a week to lay. WWT will have to wait for the embryos to develop before they can find out how many of the eggs might be viable. 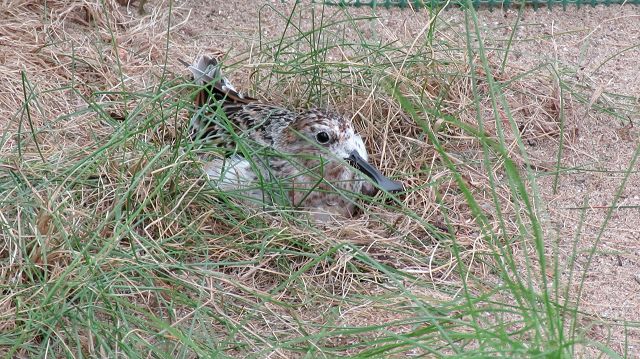 WWT Head of Conservation Breeding Nigel Jarrett commented: "For the last two years — ever since all the Spoonies came into maturity — we've been doing everything short of playing Barry White to get these birds in the mood for love. And for two years we've come up scratching our heads and feeling a bit deflated.

"So when we found the first egg last week we almost couldn't believe it. We've had two mums busy laying and the significance of it is only just starting to hit home. These are some of the rarest birds in the world and because of their unique characteristics — their little spoon-shaped bill and the incredible migration that they make each year — they are much loved by many many people. I'm so glad for all of them that we're on the road to breeding Spoonie chicks in captivity, which is really the ultimate insurance policy for the species in the wild." 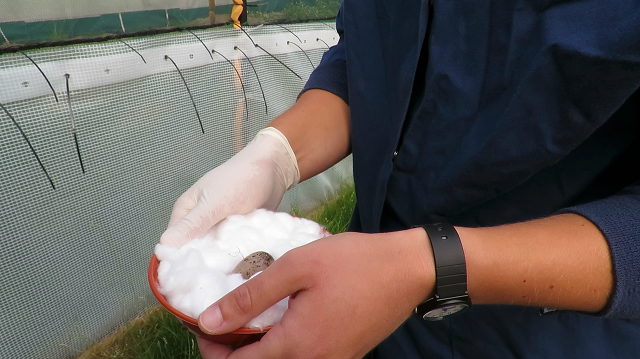 The unique birds hatch with their distinctive spoon-shaped bills fully formed. The fact that they've never been kept in captivity before, combined with their extreme lifestyle in the wild, has presented Mr Jarrett and his colleagues with a huge challenge. He added: "In the wild they migrate from tropical Asia to Arctic Russia to breed, experiencing huge differences in temperature, habitats and daylight along the way. Each of those factors could play a part in getting the birds' hormones surging, so we've done our best to recreate that experience in aviaries in Gloucestershire. I'm glad to say that, with the help of special light bulbs and timer switches, along with a lot of sand and netting, we seem to have finally pulled it off."

Since the flock was established in 2012, the wild population has started to recover thanks to conservation organisations across the world, including the Spoon-billed Sandpiper Task Force, BirdLife International, RSPB, Birds Russia and WWT, supported by interested individuals as well as companies such as Leica Camera AG.

Establishing the Slimbridge flock was just the first step. In tandem, staff and volunteer ornithologists throughout the birds' range from the Russian Far East along the Chinese coast to Myanmar and Bangladesh have been monitoring the birds and identifying and countering the threats they face in the wild. At the same time, WWT bird-rearing experts have travelled to the species' only known breeding ground in Chukotka, Russia, each summer to take further wild-laid eggs to hatch and rear them in the safety of aviaries before releasing them on fledging. This technique, known as head-starting, has boosted the number of young Spoon-billed Sandpipers bred each year in the wild by a quarter.

WWT's Chief Executive Martin Spray said: "Saving the Spoon-billed Sandpiper has brought the international conservation community together to work as one. It has been really remarkable and as a result we've made huge strides in a very short time. The illegal trapping and hunting has been reduced at several hotspots along their flyway. The authorities in China are seriously listening to our case for protecting the remaining wetlands along their coastline. And we've developed and made an incredible success of techniques to head-start wild chicks on the breeding grounds.

"What's more, as well as helping the Spoon-billed Sandpiper, these successes directly help many other species that share the same flyway and the things we've learned we can use to help other birds in trouble around the world."