Results from the first study of its kind in the country have shown that hundreds of special diverters have saved migrating swans and geese from colliding with overhead power lines in Lancashire.

A 50 per cent reduction in bird collisions with power lines has been recorded following the installation of 150 bird diverters on overhead power lines in the area surrounding the WWT's Martin Mere reserve near Burscough last winter. As a result, engineers are installing a further 200 diverters along 2 km of overhead power lines to help raise the visibility for the 30,000 Pink-footed Geese and Whooper Swans that migrate to the area from Iceland each winter.

Over the past year, Electricity North West has sponsored a student from Lancaster University to analyse the efficiency of bird diverters, which are generally reflective tags or brightly coloured balls. The results from the unique study, the first of its kind in the UK, will be used throughout the North West and shared with other power operators across the country.

Steve Cox, head of engineering for Electricity North West, said: "We're delighted that these special bird diverters have had a positive impact and helped to protect birds and also reduce power cuts for residents in the area. Working closely with WWT Martin Mere, we're set to install even more diverters over the next year and we will work to incorporate key findings from the study in our best practice policies across the North West to help protect more of these wonderful birds."

Key findings from the study found that Whooper Swans were more likely to collide with power lines than Pink-footed Geese due to their flight path and there is an increased risk of collision if electricity lines are in an open landscape or close to surface water. 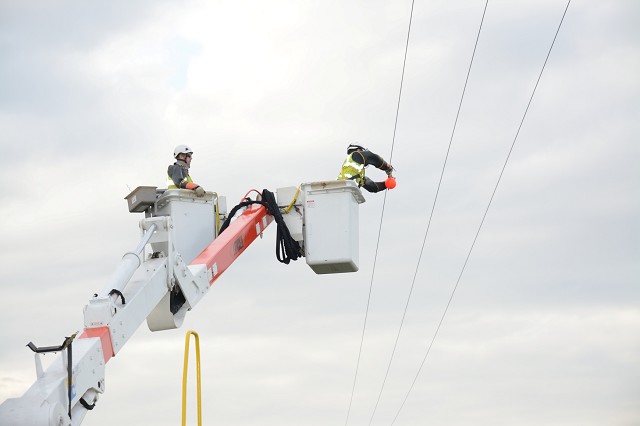 WWT Martin Mere centre manager Nick Brooks commented: "Over autumn and winter WWT Martin Mere offers a fantastic wildlife experience of up to 30,000 Pink-footed Geese and 2,500 Whooper Swans. Through this innovative partnership with Electricity North West we have secured both the safety of these swans and geese as well as ensuring the local community are not affected by power cuts. The pioneering study into bird diverters helps to reinforce the importance and effectiveness of the diverters and we're delighted that the power network operator is installing further diverters in the area."

Chris Taylor, research student from Lancaster University, said: "Bird diverters, which are special attachments to power lines, work by ensuring the cables stand out to large birds which have poor manoeuvrability. After a year of examining the flight paths and behavioural characteristics of these birds across the North West I'm thrilled that the key findings I've uncovered will be taken on board and considered across the country."

The full study is not yet published.