Spare a thought for wetland birds in the cold weather

RSPB Scotland is today [26th December] calling on Scottish birdwatchers, walkers, dog owners, anglers and water sports enthusiasts to minimise disturbance to groups of ducks, geese, swans and wading birds. On lakes, rivers, wetlands and coastal areas the birds will be struggling to survive after enduring seven consecutive days of freezing temperatures, as recorded at weather stations across the country. This is only the second time since 2003 that such calls have been made, following a run of mild winters. 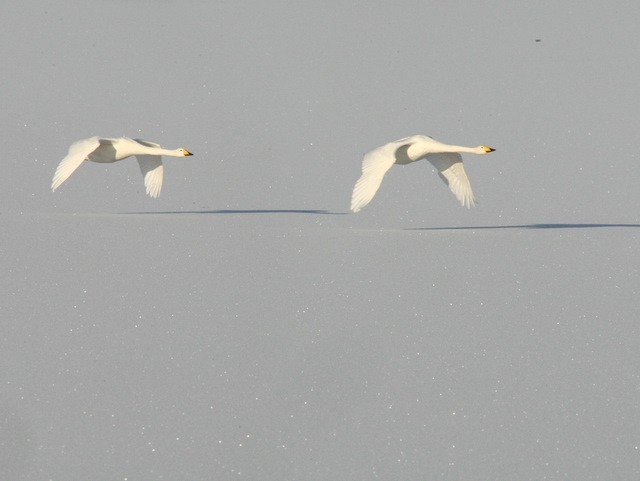 Dr Paul Walton, RSPB Scotland Head of Habitats and Species, said: "During freezing conditions, disturbance forces the birds to squander their precious energy reserves by taking flight — when they need to spend as much time as possible feeding. We are monitoring the behaviour of birds at RSPB nature reserves across Scotland during this cold spell. We hope everyone who uses the countryside will heed our advice and avoid putting water birds to flight unnecessarily. If they do, the millions of birds that visit our coasts and wetlands during the winter to stand a better chance of survival."

The birds affected include duck — including Wigeon and Pintail — and wading birds, such as godwits, Dunlin and Knot. These birds mostly nest in the Arctic, or further north or east in Europe. During the winter the birds visit the UK to escape harsher conditions further north. They need to feed here to secure the necessary resources for their long-distance migratory flights.