Conservationists are buzzing with excitement at the discovery of a new bumblebee species for Scotland — the first for fifty years. The discovery comes as Scotland enters Scottish Environment Week, which brings together MSPs and environmentalists to celebrate Scotland's environment. 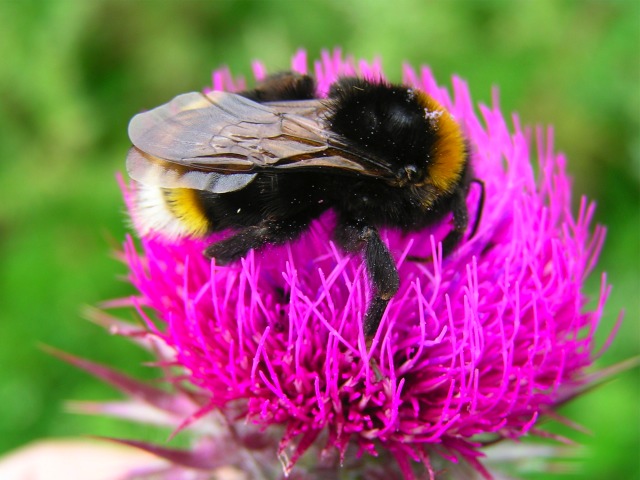 1400 years after the princess Æbbe fled north to Scotland and established a monastery at St Abbs, the Southern Cuckoo Bumblebee Bombus vestalis defied its name and followed suit, crossing the border not far from Humbleton Hill, in an area known for its historical cross-border incursions. The bee was discovered at St Abbs (just north of Eyemouth, in Berwickshire) by the Bumblebee Conservation Trust's Conservation Officer for Scotland, Bob Dawson.

Bob commented: "It's hugely exciting to discover a new species for Scotland — I'm thrilled. Cuckoo bumblebees can be tricky to identify. They look superficially similar to other bumblebees — black with yellow stripes — but males of this species have distinctive antennae. Thankfully Murdo Macdonald from the Highland Biological Recording Group confirmed my suspicions."

The conservation group's director, Ben Darvill, noted that a good news story was long overdue. "At a time when bumblebees up and down the UK are struggling due to a lack of flower-rich habitat, it is heartening to see that at least one species is expanding its range," he said. "Sadly many other species are threatened with national extinction, with Scotland's Great Yellow Bumblebee Bombus distinguendus in particular trouble. We very much hope it's not a case of 'One in, one out.'". 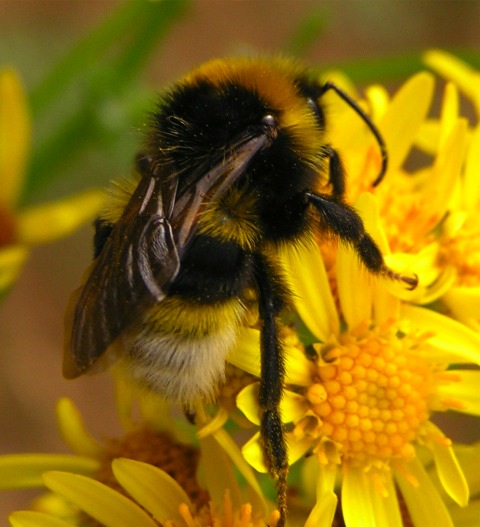 It is too early to say whether the Southern Cuckoo Bumblebee's arrival is due to climate change, but it seems likely.

Gardeners can make a significant difference to the plight of the bumblebee by growing the right kinds of flowers throughout the year — many fancy varieties are of little use to wildlife. Cottage garden plants and wild flowers are best. For more information visit Bumblebee Conservation Trust or phone BBCT on 01786 467818.
Readers might be interested to read a previous BirdGuides article about bumblebees and how we can help to conserve these important insects.
Written by: Bumblebee Conservation Trust
Login to leave a comment
Return to List