BirdLife South Africa (the largest dedicated bird conservation NGO in South Africa), the Endangered Wildlife Trust's Birds of Prey Programme (EWT-BoPP), and the University of the Witwatersrand have launched a collaborative satellite tracking project on one of South Africa's most charismatic raptors, the Secretarybird. The species has a wide distribution, occurring throughout sub-Saharan Africa in different habitat types, except for areas covered by forests and true deserts. The Secretarybird was recently up-listed on the international Red Data List to Vulnerable, as it is threatened by a number of factors throughout its range. These include habitat fragmentation and degradation through agricultural and commercial forestry development, collisions with power lines and farm fences, and secondary poisoning. The continued survival of this iconic species, easily identifiable by its long legs and erectile crest, is under threat in South Africa. A preliminary analysis of information collected during the two bird atlas projects shows a considerable reduction in the areas occupied by this species in South Africa. 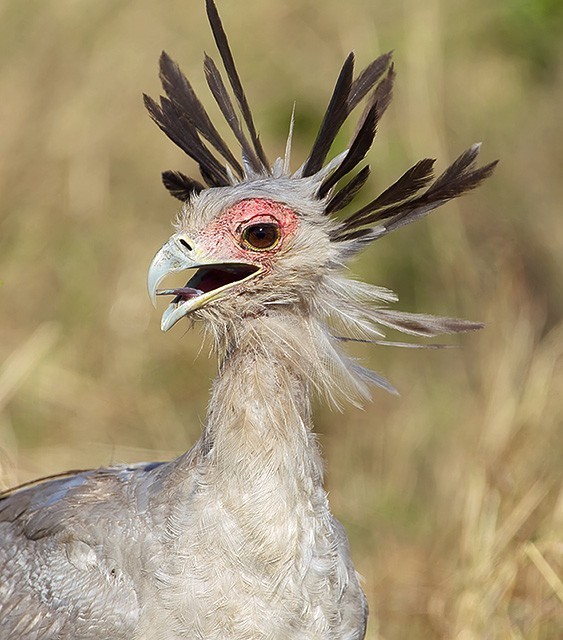 The EWT-BoPP and BirdLife South Africa initiated a collaborative project to gain a better understanding of the Secretarybird's biology. Although Secretarybirds are large and visible, very little is known about their home range size, juvenile dispersal, and which habitats they prefer. The tracking project, a costly exercise, will provide detailed information on the species' movements and habits. These devices cost in the region of 25,000 South African Rand [approximately £2000] apiece. The tracking device, using cell-phone tracking with GPS technology, collects data every 15 minutes, is accurate to within 6–10 metres, and downloads the data via the GSM cellular network. "The project will enable us to better understand the biology of the Secretarybird, and should help determine why they are no longer doing well in the grasslands and other habitats in South Africa and enable us to make better informed decisions on appropriate conservation action to benefit the species," says André Botha, Manager of the Birds of Prey Programme of the Endangered Wildlife Trust.

BirdLife South Africa will focus its efforts in the grasslands, while the EWT-BoPP will focus its efforts in the Kalahari region of the Northern Cape and the savannas of the Lowveld and the Kruger National Park. The combined data will allow comparisons to be made, and the research findings will lead to considered conservation action and ultimately contribute to countering the current decline in numbers and decrease in range of this species. Ernst Retief, BirdLife South Africa Regional Conservation Manager for Gauteng and North West, says: "The first tracking device has been fitted to a Secretarybird fledgling on the farm Garingboom near Springfontein in the Free State on 22nd March 2012. The fledgling called Spyker is sponsored by Radio OFM and its movements can be followed at http://www.birdlife.org.za/conservation/threatened-species/secretarybird. Spyker has moved around quite extensively since leaving the nest." 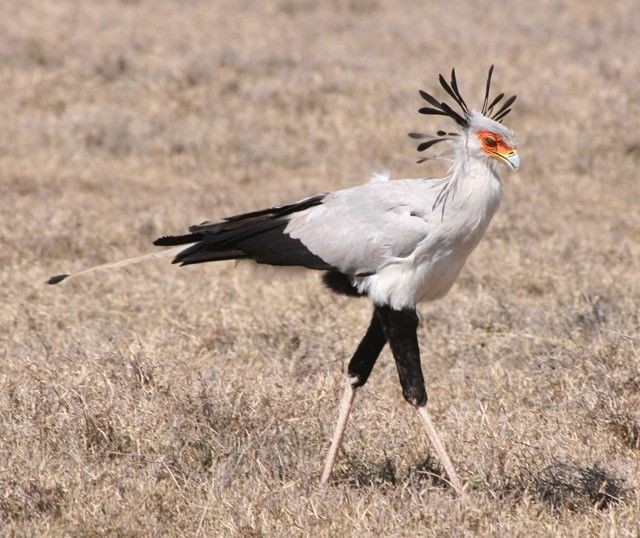 The harnesses were tested on captive Secretarybirds to make sure that they fit correctly and there are no side-effects. Dr Hanneline Smit, BirdLife South Africa Conservation Manager/Oppenheimer Fellow of Conservation, says: "In this short amount of time since fitting the device to Spyker, our knowledge on juvenile dispersal and behaviour has increased immensely." She asked farmers and birders to let BirdLife South Arica and the EWT identify breeding sites in the target areas, to enable the conservation teams to fit further tracking devices to fledglings later this year. The devices are best fitted to 8–9-week-old fledglings and are expected to last for a minimum of two and a half years should the fledglings survive to adulthood. Given the numerous threats faced by this species, the project also requests the public to report mortalities.