Skokholm Island lies just off the Pembrokeshire coast, perhaps a little in the shadow of its better-known sister island Skomer. Indeed Skokholm could be described as being part of an archipelago of islands whose surrounding seas are vital to the extraordinary marine life contained within. 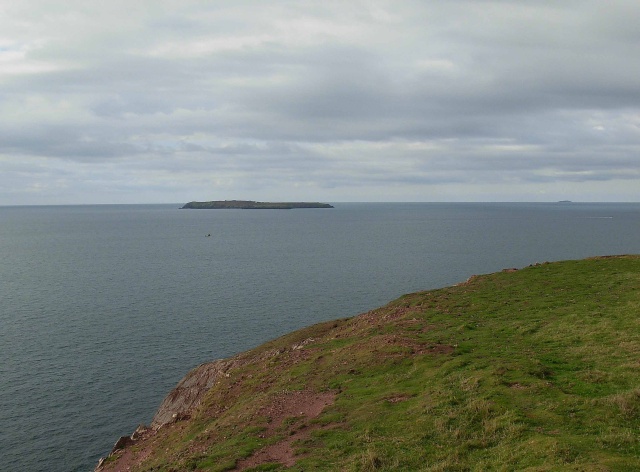 Skokholm is many people's favourite because of its smaller size (247 acres) and the fact that daily visits are often not possible, giving a great feeling of solitude to this special place. Skokholm is famous for many things, but most ornithologists will remember Ronald Lockley who lived, often in great hardship, on the island in the early part of the last century. His studies on the movements of Manx Shearwaters and other seabirds have long fascinated the readers of his many books. Indeed, he started up Britain's very first Bird Observatory on Skokholm in 1933. Sadly, more recently the then owners would not allow any ringing, and activity stopped in 1976. It was sad to see Skokholm no longer amongst the Bird Observatories splendidly described in the recent edition of Bird Observatories in Britain & Ireland.

Well I am pleased to report that the future now looks good. First of all, The Wildlife Trust of South & West Wales pulled out all the stops in 2006 and purchased the freehold of Skokholm. It was a massive effort, with members of the Trust and also the Friends of the Islands rallying round to help raise over £750,000.

Since then, the Friends of the Islands have made even greater efforts to get the island back under conservation management and to restore the infrastructure for visitors. This has meant a complete restoration of the many buildings, and work on the jetty. Nearly all of this work has been carried out by volunteers supervised by professional builders.

There is still much to do. Although most of the buildings are in good order, Lockley's Cottage still has to be restored, hopefully by the autumn of 2011. Work is also progressing on a proper water system, rather than carrying buckets from the well! 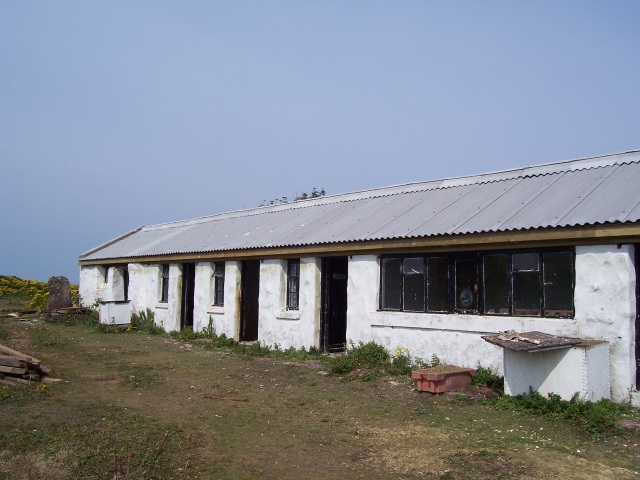 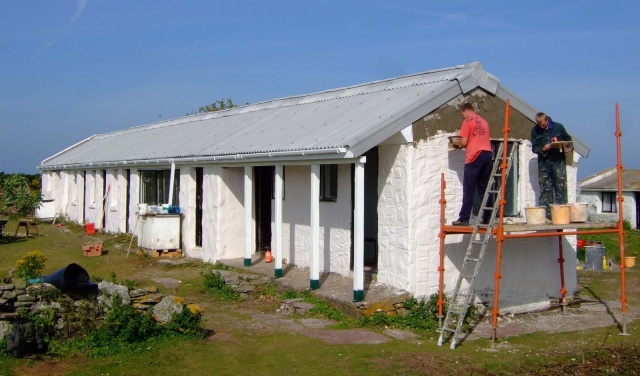 Lockley's cottage before and during renovation (photo: Derek Moore).

Visitors are now being encouraged to return this year. A full-time warden will be in place and, even better, some bird ringing will once again be undertaken. The intention is that the Observatory will be reinvigorated and full status restored from 2012 onwards.

For visitors, staying on Skokholm is again possible. A self-catering system will be in place, with a small island shop so people don't have to bring over lots of food. Visitors will be able to stay for a whole week, Friday to Monday or Monday to Friday. For details of accommodation and bookings contact The Wildlife Trust of South and West Wales.

If you would like to volunteer, make a donation towards the ongoing restoration, or just visit, please also contact the Wildlife Trust. Why not consider being a Friend of the Islands and you will be kept informed by newsletter? The efforts of volunteers so far not only prove that 'The Big Society' is alive and well, but give everybody the chance once again to enjoy the peace of this gem of an island and its wonderful wildlife — you can enjoy the weird nocturnal symphony of Storm Petrels and Manx Shearwaters, wonder at the antics of Puffins, get up close to Seals and experience the sights and smells of the seabird colonies. Soon too you will able to experience the true excitement of migration on an offshore island and be amazed by the many species involved. Remember that in the past such rarities as Rose-breasted Grosbeak, Pied Wheatear, the only Welsh Swainson's Thrush and Britain's second White-throated Robin have been found on the island.

So why not visit Skokholm, or better still act as a volunteer or join the Friends of the Islands? You will be made most welcome. Keep up with events on the island on the Skokholm blog.