Four farmers have been shortlisted for the first public poll to reveal the farmer doing most to help Britain's farmland wildlife. The quartet, chosen from an entry of more than 300, has been selected by the RSPB and BBC Countryfile magazine as finalists in the RSPB Nature of Farming Award, a competition backed by Butterfly Conservation and Plantlife. The competition rewards farmers for managing their land in such a way that wild plants thrive providing food for wildlife and safe breeding sites are easy to find.

The four shortlisted farmers are Henry Edmunds, who owns a mixed organic farm in Wiltshire; Michael Poland, who farms livestock on the Isle of Wight; Patrick Bowden-Smith, who has a mixed farm in Fife; and Peter Davies, whose mixed organic farm is in the Vale of Glamorgan. Voting is possible both online at www.rspb.org.uk/farmvote and by post with every voter being entered into a draw for three superb prizes. The winning farmer will receive a cheque for £1,000 to be presented at a gala event in January. All eight regional champions will receive their £200 prizes at local events soon. 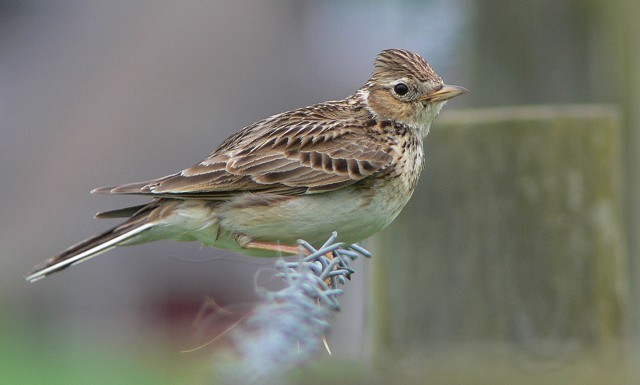 Skylarks, Lapwings, Yellowhammers and Corn Buntings are amongst popular farmland birds to have suffered serious declines. Many farmers have joined green farming schemes and are putting in place simple measures to help these birds and other wildlife. Dr Darren Moorcroft, Head of Conservation Advice at the RSPB, said: "This award is showcasing the very best farms and championing the vital conservation role farming can play. Farmers are at the frontline of conservation and voters will be looking at how they are adapting their land, not only to produce food but to show it is possible to make their farms wildlife havens too."

Victoria Chester, Chief Executive of Plantlife, said: "Plants are the very foundation of farmland diversity. This award celebrates farmers working in harmony with native plants, and encourages a greater understanding of their importance."

Dr Martin Warren, Chief Executive of Butterfly Conservation, said: "Farmland is the main habitat for over three-quarters of British butterflies. We are hugely impressed with the efforts of the contestants and their commitment to encouraging butterflies and other wildlife on their farms."

Cavan Scott, Editor of BBC Countryfile, said: "The Nature of Farming Award is a fantastic way for BBC Countryfile readers to acknowledge the contribution farming makes to maintaining our countryside's landscape and wildlife."

The shortlisted farmers are:

A visit to this farm is a lesson in biodiversity, with more than 100 species from the UK's Biodiversity Action Plan recorded last year. Henry has dedicated much of the last 20 years to improving wildlife habitat on his land, undertaking much of the work himself. Under Henry's management, 12,800 m of cultivated arable margins have been created, 50 ha (125 acres) of winter seed is provided for birds and 220 ha (550 acres) of chalk downland has been restored. 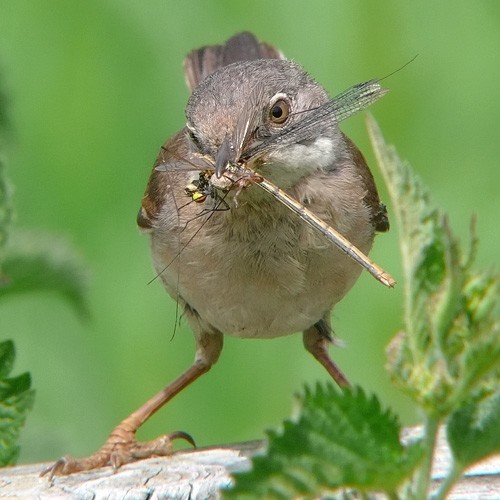 Hedges are kept tall and thick, providing nesting habitat for Turtle Doves and Henry is immensely proud that Whitethroats are now nesting in hedgerows that he planted. More than 8,000 hazel, goat willow, ash, alder, wild pear and oak trees have been planted. More mature areas of hazel woodland are coppiced as suitable habitat for dog violets and associated butterflies, including Purple Emperors and fritillaries. The creation of fallow plots support good numbers of breeding Lapwings.

Henry's sensitive management provides a fantastic mix of habitat for rare arable plants, and Meadow Clary flourishes here. The restoration of chalk downland has boosted numbers of Grizzled and Dingy Skipper butterflies, and shows the health of the grass sward, while Adonis and Chalkhill Blue butterflies and 18 species of bumblebees have been seen. Henry is committed to a long-term programme of improvements.

Through careful selection of top-quality Highland cattle, Michael generates income through the sale of meat and breeding stock. Highland cattle manage scrub effectively, allowing many species such as Dartford Warbler and Nightjar to flourish. Small herds control dominant grasses, allowing downland and chalk grassland vegetation to re-establish. Minimal fertiliser use allows natural regeneration, and 4 ha (10 acres) of set-aside have been created where Bee and Pyramidal Orchids can now be found. 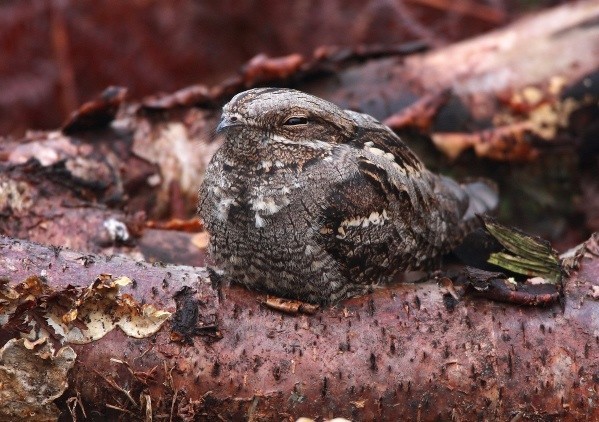 Networks of old and new hedgerows are corridors for Red Squirrels and Dormice. Migrant Swallows and House Martins feed in the lee of the hedges, and hedges planted around fencing create gradients between open grassland and the farm's ancient woodland. The impressive range of flowers includes Wild Garlic, Yellow Archangel, Wood Spurge and Narrow-leaved Lungwort, indicating the age and health of this woodland. Bechstein's and Barbastelle Bats have been found here, with rides created to provide habitat for invertebrates. More than 40 ha (100 acres) of non-native pinewood has been removed and downland re-established, ideal for linnets and butterflies including Orange-tips and various skippers. Michael gets great satisfaction from seeing the benefits of managing the farm for wildlife.

Innovation is obvious on our Scottish finalist's farm—including solar-powered electric fencing alongside a wind-powered water pump. Sustainability is a clear motivation, and charcoal is produced on the farm from coppiced ash, creating additional income at low environmental cost.

Hedgerows are maintained and 28,000 new plants introduced to increase buffer strips have been planned to link all habitats around the farm. Wetland restoration and the improved water and field margins support Otters, Water Voles and amphibians. Spawning sea trout were recorded three years ago for the first time in 60 years, evidence of the success of the improvements that Patrick has made. 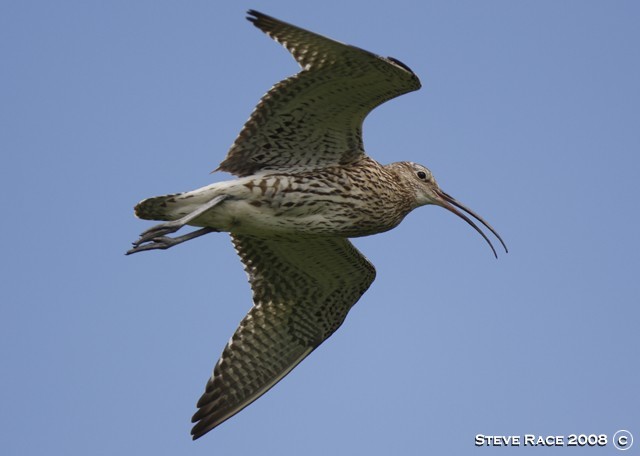 Ground nesting birds include Lapwings and Curlews, and the local bird-ringing group continues one of the longest studies in Scotland. Different seed mixes include the farm's own recipe, to give a variety of food and habitat for birds such as Grey Partridges and Corn Bunting which is now a very rare breeding bird in Scotland. Patrick is inspired by the improvements and will continue to increase the diversity of the farm.

Peter's hard work provides numerous examples of commitment to good practice, including creating substantial wildlife corridors and blending habitats to allow wildlife to move and exploit new opportunities. The improved habitat for voles has been reflected by the local Barn Owl population, which now lay larger clutches of eggs. Other exciting birds include Choughs, Yellowhammers and Peregrines on the farm's cliffs. Appropriate grazing of the limestone grassland is great for the plants that butterflies and moths need to thrive, both caterpillar food plants and flowers with an abundance of nectar: the farm has White-letter Hairstreaks, Dingy Skippers and Chalk Carpet moths. The Bee Orchids on the farm are greatly treasured. 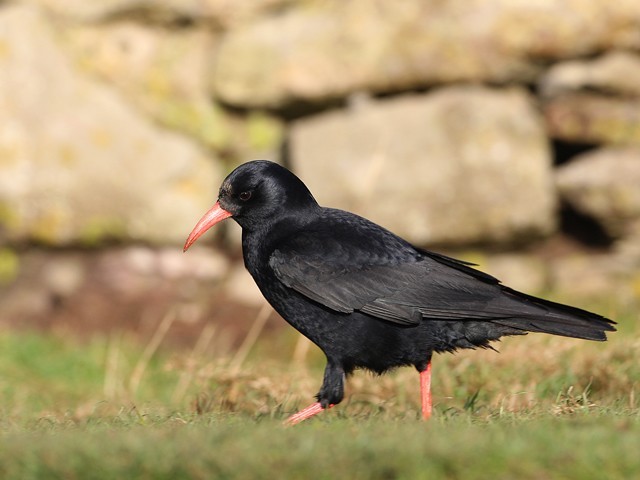 Part of the success of this farm, to Peter's delight, comes from educational visits from local groups, supported by the Glamorgan Heritage Coast Centre, helping to connect the farm with the local community. More than 2808m of new public access paths have been integrated into the farm, including a wheelchair-friendly route.

Sensitive management of the farm for wildlife is an integral part of what happens here, with enthusiasm from all involved, to ensure that this continues to be a long-term strategy.

The government has a Public Service Agreement (PSA) to reverse the decline of farmland birds in England by 2020. This covers 19 species including Skylark, Grey Partridge, Lapwing and Corn Bunting.