One of the longest-standing mysteries of migration has finally been solved after scientists discovered where the UK's Painted Lady butterfly population goes each autumn. The butterfly, a common immigrant, migrates from the continent each summer to UK shores in varying numbers. But until now scientists did not know whether the Painted Lady made the return journey at the end of the summer, like the closely related Red Admiral, or simply died in the UK.

In one of the largest citizen science projects ever conducted, scientists from Butterfly Conservation, the NERC Centre for Ecology & Hydrology and Rothamsted Research, among others, have discovered exactly what happens to Painted Ladies each autumn. More than 60,000 public sightings of the butterfly during 2009 were collected across Europe, including radar images tracking butterfly movements across southern England, with 10,000 British observers taking part. Scientists discovered that the Painted Lady did indeed migrate south each autumn, but made this return journey at high altitude out of view of butterfly observers on the ground.

Radar records revealed that Painted Ladies fly at an average altitude of over 500 metres on their southbound trip and can clock up speeds of 30 mph by selecting favourable conditions. The findings also revealed that the species undertakes a phenomenal 9,000-mile round trip from tropical Africa to the Arctic Circle — almost double the length of the famous migrations undertaken by Monarch butterflies in North America. 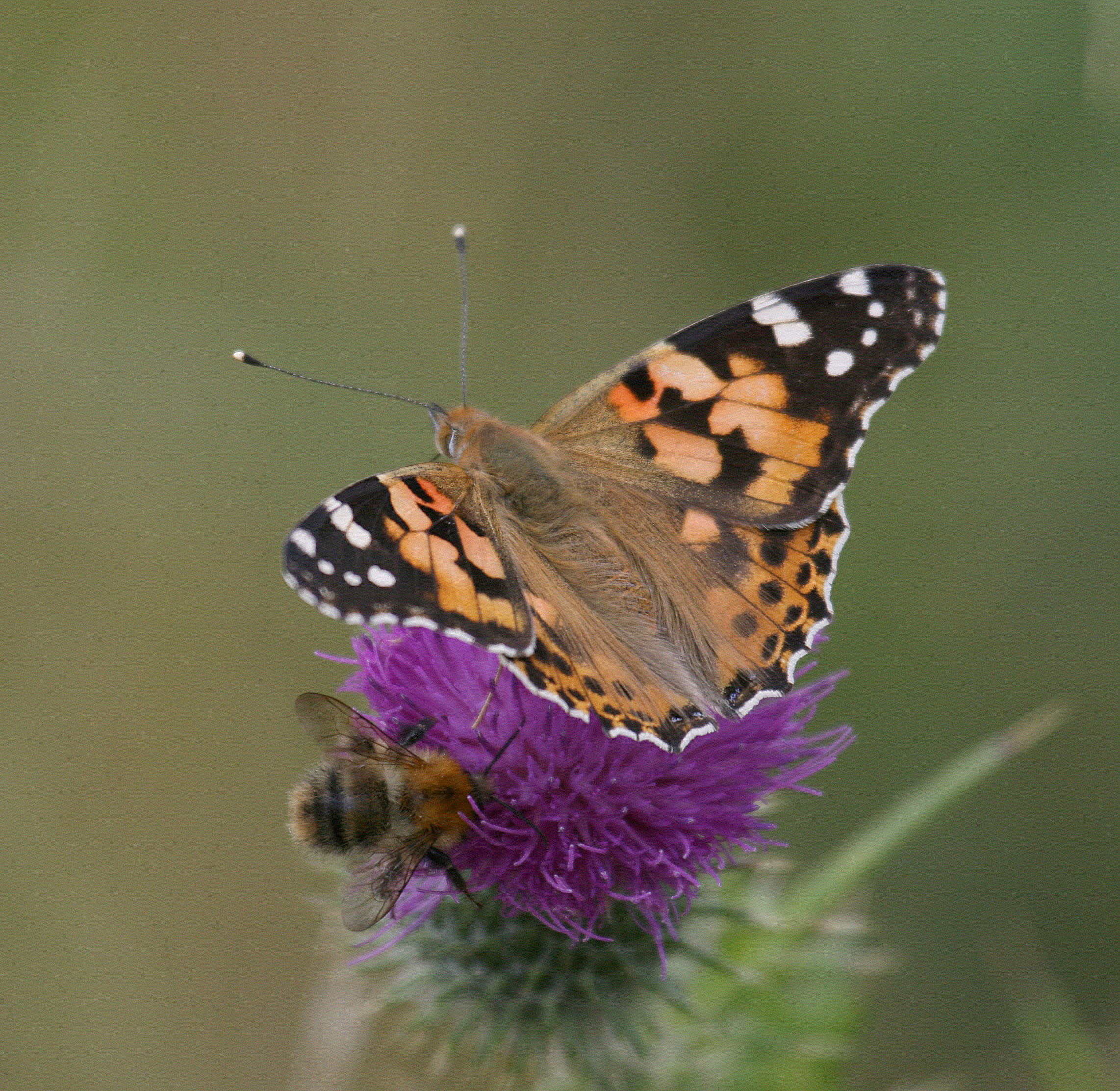 The whole journey is not undertaken by individual butterflies, but is a series of steps by up to six successive generations; so Painted Ladies returning to Africa in the autumn are several generations removed from their ancestors who left Africa earlier in the year. Richard Fox, Surveys Manager at Butterfly Conservation, was one of the report authors. He said: "The extent of the annual journey undertaken by the Painted Lady butterfly is astonishing. This tiny creature, weighing less than a gram, with a brain the size of a pinhead and no opportunity to learn from older, experienced individuals, undertakes an epic intercontinental migration in order to find plants for its caterpillars to eat. Once thought to be blindly led, at the mercy of the wind, into an evolutionary dead end in the lethal British winter, this amazing combination of mass-participation citizen science and cutting-edge technology has shown Painted Ladies to be sophisticated travellers. We are extremely grateful to the many thousands of members of the public who reported Painted Lady sightings and contributed to this extraordinary discovery."

Radar in Hampshire operated by Rothamsted Research revealed that around 11 million high-flying Painted Ladies entered the UK in spring 2009 with 26 million departing in autumn. Dr Jason Chapman, a researcher at Rothamsted Research, who led the radar studies of Painted Ladies, said: The apparent lack of a return migration of the late-summer generation of Painted Lady butterflies was one of the greatest enigmas in insect migration ecology. But, through a combination of traditional monitoring by butterfly enthusiasts and new radar techniques, we have finally solved this long-standing puzzle. Migrant insects continue to amaze the public and research community alike as they are capable of carrying out the most remarkable journeys."