The rare visitor was identified from footage collected by HiDef Aerial Surveying Ltd, which had been commissioned by renewable energy provider SSE to undertake a series of digital aerial wildlife surveys over the offshore wind farm site, which is situated 27 km off the east coast of Scotland.

While analysing video footage recorded from the site in August 2019, ecologists noted an unfamiliar shape in the cool North Sea waters. With the ability to zoom in up to 700%, it became clear that the sequence of images actually showed a Swordfish, an enigmatic species more accustomed to the warmer waters of the Caribbean or Mediterranean. Swordfish are large, highly migratory, predatory fish characterised by a long, flat, pointed bill. This fish measured two m and was recorded close to the sea surface. 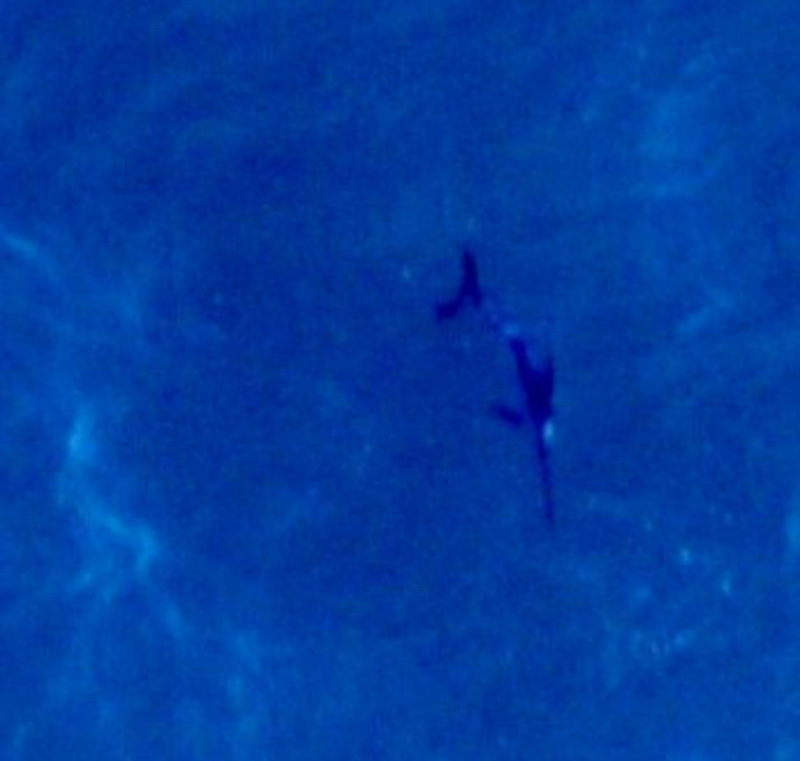 /
The Swordfish was captured on camera as it swam through the Seagreen offshore windfarm in August 2019 (HiDef).

With only a single previous record known from Scotland, a second opinion was sought to confirm the team's identification. Jim Ellis from CEFAS (Centre for Environment, Fisheries and Aquaculture Science) commented: "The distance from the tip of the bill to the origin of the first dorsal fin is a high proportion of the fork length. Marlins etc have a proportionally shorter bill."

Walter Golet, from the University of Maine School of Marine Science, was also confident in the identification, noting: "Swordfish have a huge latitudinal range and by the picture it appears to have a flat bill, and marlins (the only other confusion species) are all round."

And so the identification was ratified as a Swordfish, although not quite a fully grown individual.

Martin Scott, HiDef Associate Director, said: "We have seen some incredible things over the years but this one is particularly gratifying. It shows how aware and alert our team are, not just on a day-to-day basis, but when confronted with an obscure oddity. With the aircraft flying at 200 km per hour and 1,800 feet up it really does just go to show how good our systems are at recording wildlife."

"It's our duty to ensure that our projects are built with a detailed understanding of the natural environment and while we don't expect the Seagreen Swordfish to make an appearance again, it was great to be able to capture this incredibly rare sighting during our survey work."