Seabird Cruises off Flamborough Head in 2012

Operating out of Bridlington Harbour, the MV Yorkshire Belle sails up to 3½ miles off Flamborough Head in search of seabirds. Each 3½-hour cruise sails on eight weekend dates between August 30th and October 5th. The boat safely carries 210 passengers, but for freedom of passenger movement, we restrict numbers to 150. The RSPB provides a cruise leader, who operates a running commentary, acting as an aid to directing passengers to birds, and helps with their identification. Volunteers from the East Yorkshire RSPB Members Group manage each cruise on the day, which includes providing information and supplying 'chum' (a concoction of environmentally friendly fishy bits and pieces).

Over the years, a wide variety of interesting seabirds have been seen. However, the success of any cruise is attributable to weather conditions, not particularly on the day, but often one or two days in advance. Following a north to northwesterly blow, often huge numbers of seabirds are displaced into the North Sea from the North Atlantic. Following this, most birds re-orientate and head back northwards, many of which pass Flamborough Head. These ideal conditions often take place in August and September, therefore we gear our cruise dates around these times. Obviously cruise dates are planned well in advance, but sadly we cannot predict the weather! Some cruises can be relatively quiet while others can be stimulating. There is always a sense of anticipation and expectation on the cruises, not really knowing what is lurking out in the swell. 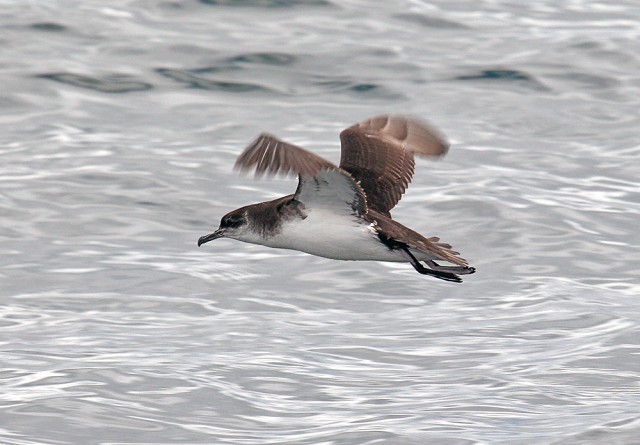 We normally encounter our target birds, which include Arctic Skua, Great Skua, Manx Shearwater and Sooty Shearwater alongside close-range plunge-diving Gannets—a photographer's dream! Having said this, almost anything could show up, some birds out of range of those land-lubbing, but devoted, seawatchers sitting beneath Flamborough fog signal! 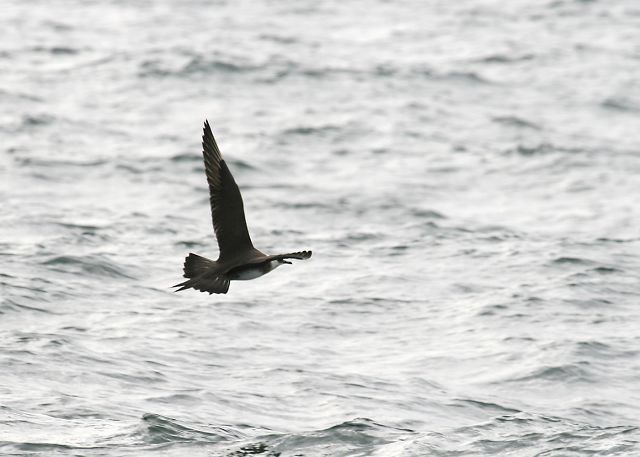 Although we can never predict what we may see, from nearly twenty years of cruising off the Head a vague pattern of species occurrence has developed. During an average season, on each trip we encounter at least one species of skua and shearwater; very rarely have we failed to connect with either. The most frequently recorded 'target' species are Arctic Skua and Manx Shearwater. Most often up to ten or more Arctics and Manxies are seen. In good conditions, however, these numbers can be far greater. 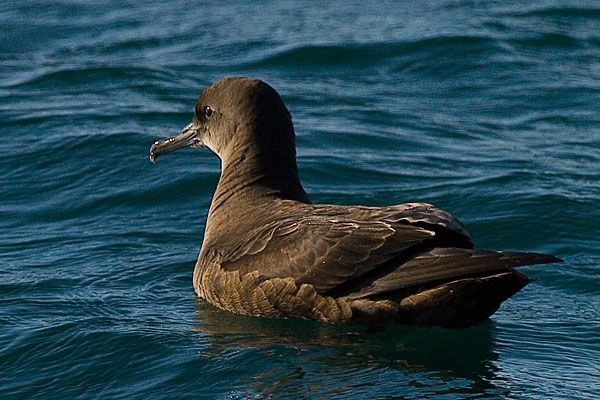 Sooty Shearwaters, which breed off South America (e.g. in the Falkland Islands), undertake their winter-time clockwise movements in the North Atlantic. These birds regularly drift into the North Sea following intense westerly to northwesterly gales. As they re-orientate and filter back north out of the North Sea, birds pass the Head in great numbers. Rarely do we fail to see Sooties on cruises, although usually numbering fewer than ten. In 2002 we noted up to 300 birds on one trip alone, many very close to the boat. Balearic Shearwaters are sadly declining as a breeding species in the Mediterranean; however, occasionally single birds are seen, sometimes very close to the boat. Both Great and Cory's Shearwaters have been seen, though these birds are very rare on our cruises. Late August to late September may be the best time to connect with one of these great ocean wanderers. 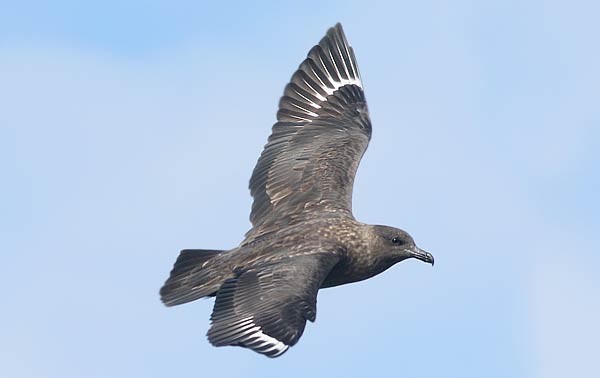 Great Skuas are regularly seen during the season and, on occasions, small numbers of Pomarine and lesser numbers of Long-tailed Skuas, both from northern Scandinavia and Russia. Masses of Fulmars are normally seen frequenting the chum-line in the wake of the boat, with occasional 'blue'-phase birds from higher Arctic areas. Leach's Petrel has been noted too, with reports of probable European Storm-petrels. 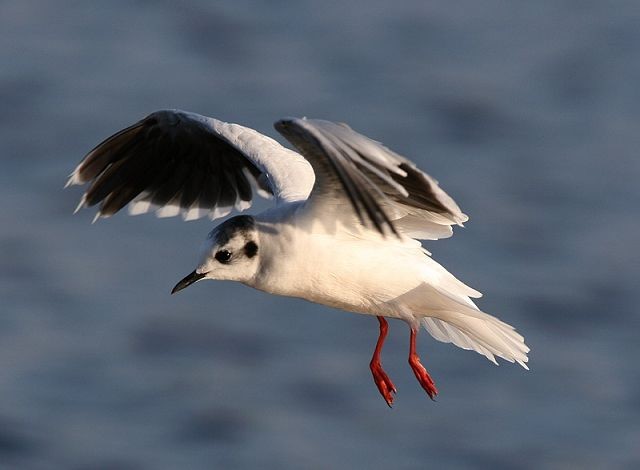 Large numbers of the commoner gull species maintain a presence (see below); however, passengers may witness good numbers of Little Gulls from late August to late September. During this period too, Sabine's Gulls have been rarely seen and a few Mediterranean Gulls, though the latter tend to be a little later in September and early October. Common and Sandwich Terns are regular, with fewer Arctic Terns and Black Terns. 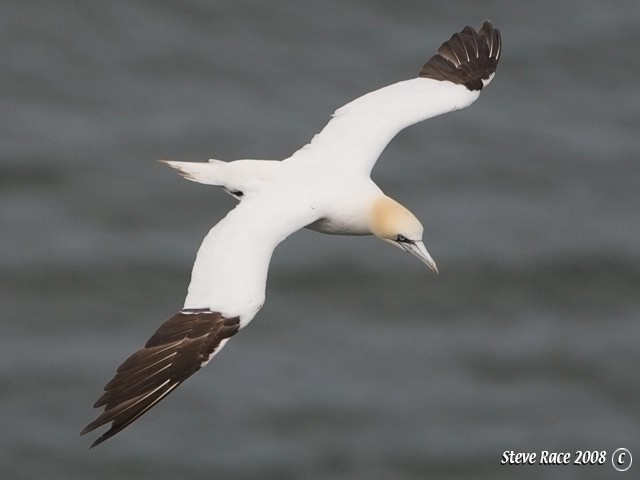 For much of any cruise there is a steady attendance of commoner species feeding on the chum-line. These notably include very close plunge-diving Gannets, Kittiwakes, Great Black-backed, Lesser Black-backed, Common, Herring and occasional passing Black-headed Gulls. 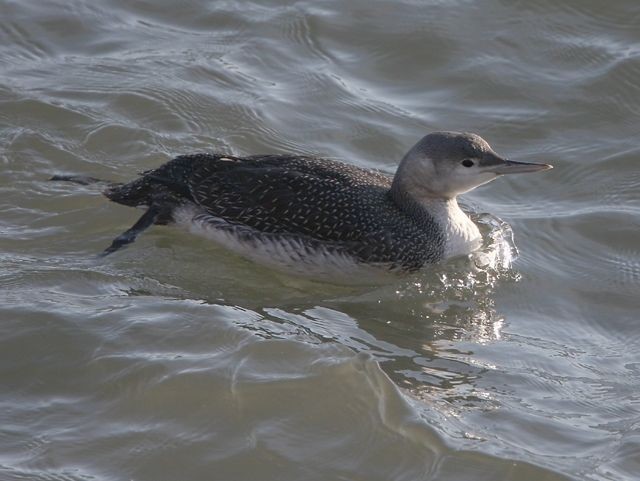 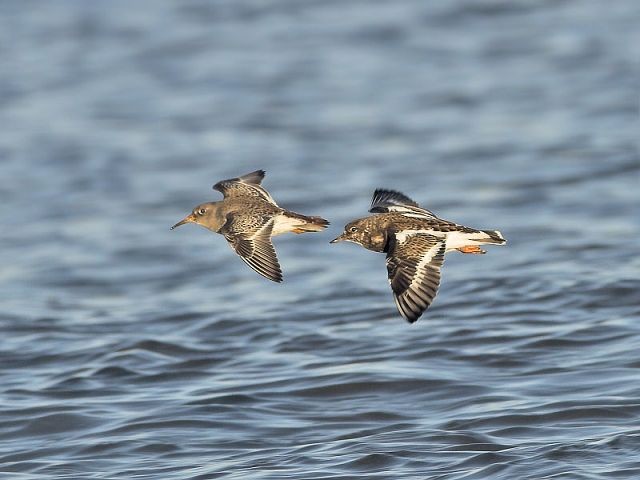 Waders are sometimes noted too. These include Curlew, Whimbrel, Dunlin, Turnstone, Purple Sandpiper, Knot and Oystercatchers. Both Red-necked and Grey Phalaropes have been recorded, most times observed very close to the boat, occasionally allowing the boat to circle around them offering brilliant views.

Apart from shoreline and sea birds, others include a selection of common passerine species such as Wheatear, thrushes, pipits, warblers and Skylarks. Occasional birds of prey and owls include Peregrine, Kestrel, Honey Buzzard, Marsh Harrier, Short and Long-eared Owls. These are most often encountered on later cruises.

Cetaceans are commonly seen, most frequently Harbour Porpoises. Sometimes 10–20 porpoises are recorded per trip. However, other species previously noted are rare, such as Fin and Sperm Whale. Also, the presence of Basking Shark and Ocean Sunfish may indicate a sign of climatic change in the North Sea.

Butterflies include most of the common Vanessid and 'white' species, while crane-flies and moths are sometimes noted.

The 2011 Gannet and Puffin cruises — which sail around Flamborough Head and up to the RSPB Reserve at Bempton Cliffs to see the hundreds of thousands of breeding seabirds at close range — run on the following dates:

A one off family Gannet and Puffin cruise will take place on Saturday 2nd June at 16:00. This cruise will be shorter, at about 2.5 hours, and will be aimed specifically at children and their families, including children’s quizzes, special commentary and family competitions.

Skua and Shearwater cruises will take place on:

All the cruises take place aboard the Yorkshire Belle, which leaves from the North Pier at Bridlington Harbour and last about 3 hours for the Gannet and Puffin cruises, and up to 3½ hours for the Skua and Shearwater cruises. Ticket prices have been kept the same as last year at £18.00 per adult, £9.00 per child (under 14) and £45.00 per family (2 adults, 2 children). Tickets for the family cruise are slightly less at £15.00 per adult, £7.50 per child and £37.50 per family.

Volunteer experts from the RSPB’s East Yorkshire Local Group are on board each cruise to help everyone get more from their cruise experience by helping with bird identification and other information. They even have binoculars that can be borrowed.

For further details or to book a cruise please telephone Kim Smales on 01262 850959 or e-mail bempton.cruises@rspb.co.uk.

Further details can also be viewed on the RSPB website for the gannet and puffins and for the skua and shearwaters.