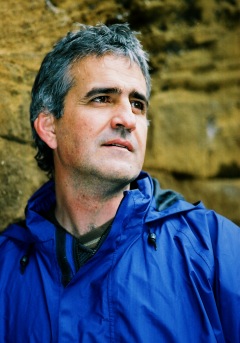 One man's quest to protect one of the world's most threatened families of birds from oblivion has been recognised with a major international honour. Dr Ben Sullivan, a Tasmanian-based coordinator for BirdLife International's Global Seabird Program, has been awarded a 2010 Pew Fellowship in Marine Conservation for his project to reduce seabird "bycatch," or the catching and killing of non-target species, in open-ocean long-line and trawl fisheries.

The Pew Fellowship in Marine Conservation is a prestigious program that gives recipients US$150,000 for a three-year scientific research or conservation project designed to address critical challenges facing our oceans. Dr. Sullivan's fellowship will use the existing Albatross Task Force to conduct research and to develop best practices for reducing the killing of seabirds in many of the bycatch "hot-spots" around the world.

"I am thankful to the Pew Marine Fellows Program for allowing me to research new and better ways to protect seabirds from unnecessary deaths at the hands of fishing gear," said Dr Sullivan. "Finding new solutions to the problem of bycatch in fisheries will signify an important step toward stopping the decline of many seabird populations."

Certain types of fishing gear have killed significant numbers of albatross and petrels. Globally, 18 of the 22 species of albatrosses are now threatened with extinction under the International Union for the Conservation of Nature (IUCN) criteria, in large part due to long-line and trawl fisheries.

Long-line fishing vessels deploy up to 80 miles of long-lines set with up to 20,000 baited hooks, which can kill non-target species, including seabirds. Trawlers dragging sizeable nets are also responsible for accidentally ensnaring seabirds in the trawl cables. Although national and international agencies have made progress by reducing bycatch in the waters they manage, unsustainable numbers of seabirds are still being killed, especially in national waters and on the high seas.

Dr. Sullivan's project will boost the body of scientific research conducted at sea and will test various methods for reducing seabird bycatch. His research will analyse devices to scare birds from behind long-liners and trawlers, and will develop and evaluate new technology to prevent birds accessing hooks. He will also test innovative line weighting to increase the sink rate of long-line hooks as they leave the vessel. His findings will be considered for implementation in select coastal fisheries and high sea tuna fisheries. 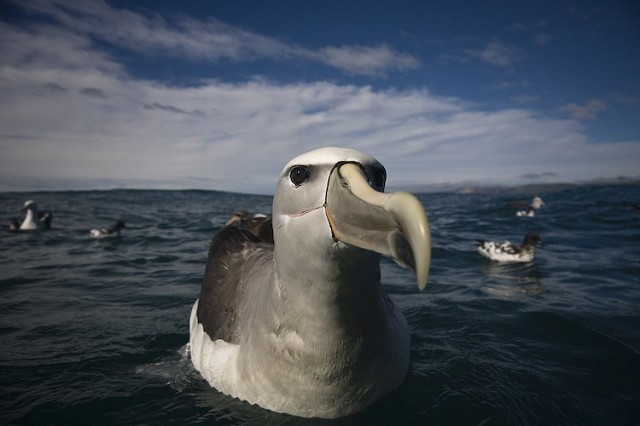 "We must find ways to work with commercial fishermen to lessen the impact that fishing has on bird populations," said Joshua S. Reichert, managing director of the Pew Environment Group. "Dr. Sullivan's project could reduce the detrimental impacts that long-line and trawl fishing gear have on seabirds worldwide."

Dr. Sullivan received his PhD from the University of Queensland. Prior to his current position with the RSPB, he served as project manager for the Seabirds at Sea Team of Falklands Conservation. Dr. Sullivan has been involved in the implementation of the Food and Agriculture Organization (FAO) International Plan of Actions for seabirds for many years, and he is also actively involved with the work of the Agreement for the Conservation of Albatross and Petrels (ACAP).

Since 1996, the Pew Fellows Program in Marine Conservation has awarded 115 fellowships to individuals from 30 countries. The Fellowship funds science and other projects that address critical challenges in the conservation of the ocean, including communication of project information to increase awareness of global marine issues. Through a rigorous nomination and review process, an international committee of marine specialists selects Pew Fellows based on the strengths of their proposed projects, including their potential to protect ocean environments. Five unique and timely projects led by outstanding professionals in their fields are chosen annually, targeting individuals who are mid-career. The program is managed by the Pew Environment Group, based in Washington DC.

More information about each of the 2010 Pew Fellows in Marine Conservation, including photographs and a Google Earth Tour of the recipients, is available at www.pewmarinefellows.org/2010.

The Pew Environment Group is the conservation arm of The Pew Charitable Trusts, a non-governmental organization that applies a rigorous, analytical approach to improving public policy, informing the public and stimulating civic life.