Analysis of this year's seabird breeding data on RSPB's coastal reserves shows that Kittiwakes, Arctic Terns and Arctic Skuas have had a terrible season, with virtually no chicks reared to fledging in the far north of the UK. Changes in food supply, which may be linked to climate change, could threaten the future of these species in the UK. 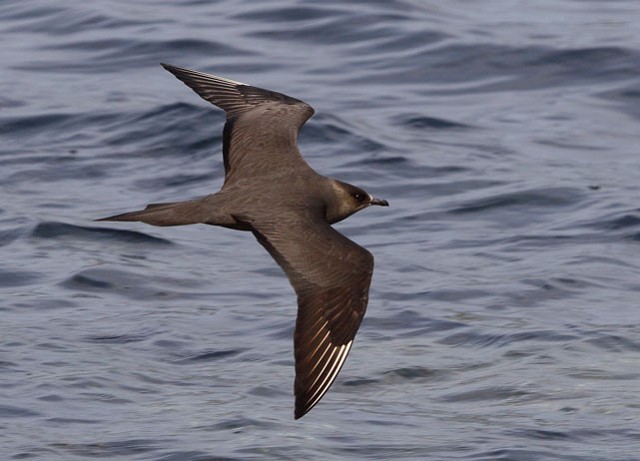 The RSPB is calling on all UK administrations to ensure that they put the environment central to the delivery of forthcoming Marine legislation in Westminster, Cardiff Bay, Holyrood and Stormont to ensure it makes a difference for marine wildlife. The UK is internationally important for seabirds; Scotland alone hosts over three million or 45% of the populations nesting in the European Union.

Earlier this year, the RSPB issued a grave prognosis for the breeding season, with many internationally-important colonies left with nests abandoned and empty cliffs which should have been teeming with tens of thousands of seabirds. Now the data and colony counts from RSPB reserves have been analysed, the results confirm that many species in the north have again suffered major collapses in breeding success. Worryingly, the evidence again suggests that repeated annual breeding failures are now substantially reducing populations of those species worst affected, with some cliffs that used to support huge colonies experiencing steep population declines in recent years. 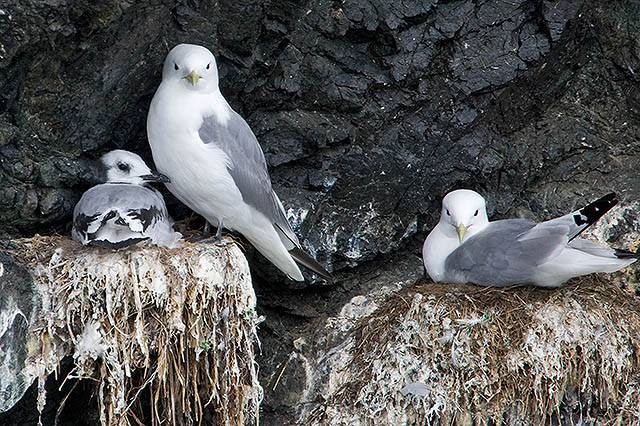 This year Kittiwakes have been hit very hard, particularly on Orkney. At RSPB's Copinsay reserve, a count of the whole colony found only 1881 pairs, a 57% decline on 1999 figures, and at North Hill they have declined by 89% in the same period, with just 14 pairs counted this year. On the Scottish mainland colony at Mull of Galloway, too, the situation for Kittiwakes is bleak, with a 50% reduction in the population since 2005 to just 65 pairs this year.

This video is taken from our new Video Guide to British Birds-270 species edition.

The graceful Arctic Skua, a bird on the southern edge of its world range in Scotland, is faring no better. RSPB reserves on Shetland and Orkney have seen a 30% decline in nesting pairs in just one year to 65 pairs. Crucially though, these pairs only produced a dismal three chicks to the fledging stage. In ecological terms, this is equivalent to virtually no breeding success this year. 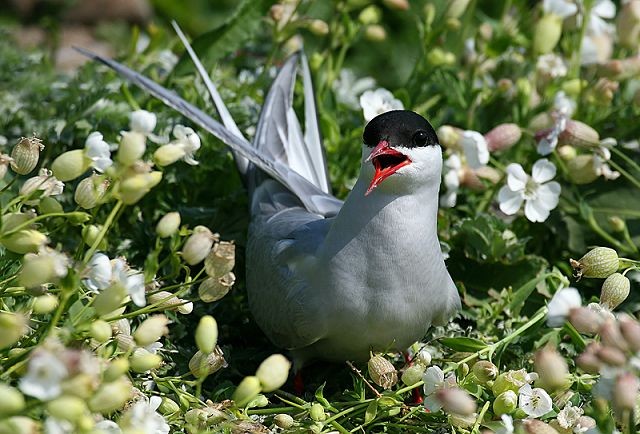 Arctic Terns have also been hit hard, and are now showing evidence of long-term serious decline on reserves in the Northern Isles. On Orkney and Shetland, with just over 1000 nests across Mousa, North Hill and Copinsay abandoned early in the season, these colonies failed to produce any young. Reports from areas away from RSPB reserves suggest that virtually no young Arctic Terns were fledged this year from Orkney or Shetland.

Some other seabird species appear to be weathering the storm on RSPB reserves. Great Skuas, Gannets and Cormorants have experienced modest increases in their numbers, while Herring Gulls have remained stable. Recent reports of significant declines in plankton biomass indicate major changes in the depths of Atlantic Ocean ecosystems, which could be affecting our seabirds.

Although direct evidence is still lacking, increased winter sea surface temperatures disrupting the food chain are thought to be driving the declines. Temperatures tend to be higher in the northern North Sea in winter than further south. Such changes may be reducing the survival of sandeel larvae, ultimately reducing the abundance of this staple prey item for seabirds in the Northern Isles and chronically undermining their breeding success.

Douglas Gilbert, an ecologist with RSPB Scotland, said: "RSPB Reserves are acting as an indicator of the wider fortunes of seabirds around our coasts. The outlook for some species such as Arctic Skua, Kittiwake and Arctic Tern is dire, and there are problems with other species like Guillemots and Puffins in some areas too. Unless conditions change to allow these birds the chance of successful breeding, the long-term future for them is bleak. The evidence that this is linked to changes in sea surface temperatures is now growing.”

BirdLife International's Climatic Atlas of Breeding Birds (2008) scopes the impacts of likely scenarios including a 3 Celcius rise in global average temp by the end of this century. Ten seabirds species, including Arctic Skua and Arctic Tern (also Leach's Storm-petrel, Great Skua and Puffin along with Common Scoter, divers and two gulls) are projected to 'lose suitable climate' - and thus habitat- and are therefore likely to suffer eventual extinction from the UK unless climate change is arrested.