2010 has proved a record-breaking year for the UK's largest bird of the prey, the White-tailed Eagle. Not only did the Scottish population pass the milestone of 50 breeding, but they also produced more young per pair than any other year in the reintroduction programme's 35-year history.

Recent figures show that there are now 52 territorial pairs in the country, an increase of six since 2009, and the last 12 months saw 46 young successfully fledge, a good 10 more than the previous year, resulting in a landmark year for productivity. This increase in productivity is most likely due to the increased number of experienced breeders now in the population. 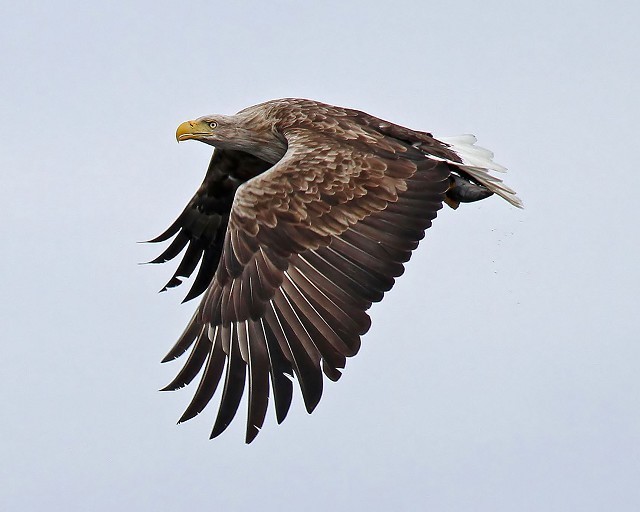 This iconic species was completely wiped out in Britain, ultimately due to human killing and the activities of egg and skin collectors. After an absence of over half a century, a reintroduction programme started on the island of Rum in 1975, aimed at returning these majestic raptors to Scotland's skies. Since then, the species has been steadily recovering and RSPB Scotland experts believe there are now as many 'flying barn-doors' in the UK as there were around 150 years ago.

Adult birds have an impressive eight-foot wingspan and striking white tail, making them a spectacular sight and a tourist magnet to areas such as Mull and Skye. On Mull alone, sea-eagle tourism boosts the local economy by over £2m every year. The species' appeal has even spread online where wildlife web-watchers can track the progress of two young sea eagles satellite-tagged on Mull earlier this year. The pair, Shelly and Midge, hatched on the island and it is now possible to follow their movements online. 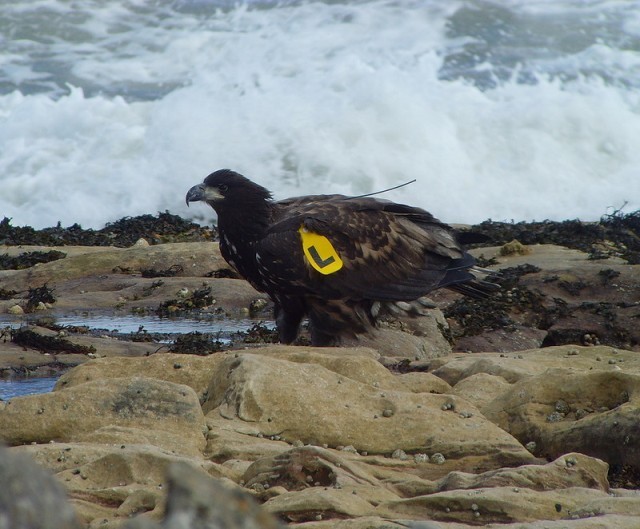 Meanwhile, the third stage of the reintroduction programme is continuing in the east of Scotland, where a further 19 young eagles, donated by the people of Norway, were released from a secret location in Fife. This takes the total number of birds released during the first four years of the east-coast reintroduction programme, a partnership project between RSPB Scotland, SNH and Forestry Commission Scotland, to over 60. 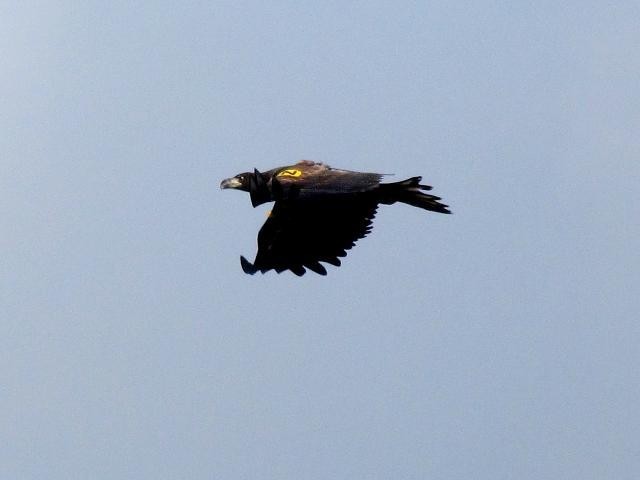 Environment Minister Roseanna Cunningham said: "This is fantastic news. 2010 is a significant year in that it marks the 25th anniversary of the first young to be reared in Scotland since its extinction in the early 20th century, and it is also the year of International Biodiversity. I have no doubt that the successful reintroduction of this magnificent bird can continue and, along with the East Coast Sea Eagle Project, ensures that this species can establish territories right across Scotland, restoring a strong Scotland-wide population."

Stuart Housden, Director of RSPB Scotland, added: "This record-breaking year comes exactly 35 years after the first birds were released on Rum and it's really amazing to see just how far this inspiring species has come since then. A huge number of people from all walks of life have helped this project. With the east-coast reintroduction now in full swing, we look forward to these birds adding to the Scottish population in the coming years. There are plenty of suitable habitats and natural wild prey to support a good population. Achieving the milestone of 50 pairs puts the species well on track to reaching pre-Victorian population levels — and this has only been possible due to the invaluable support of farmers, crofters, foresters and countless others in communities up and down Scotland." 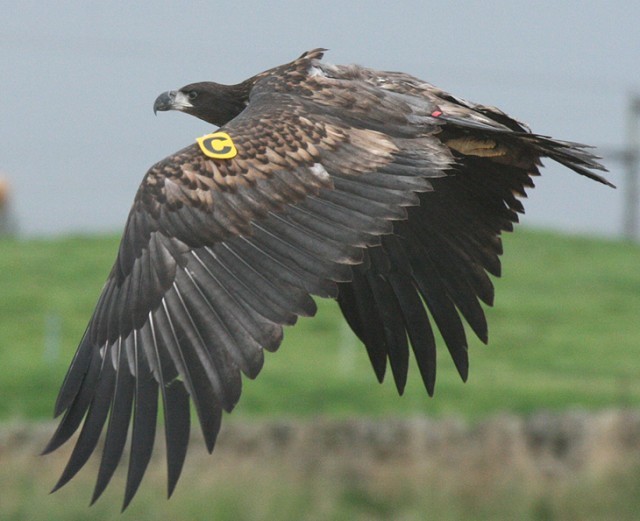 Ron Macdonald, from Scottish Natural Heritage, one of the main partners and funders of the sea eagle reintroduction projects, said: "The increase in the range of sea eagles on the west coast combined with the ongoing reintroduction on the east coast is returning Scotland's sea eagle population to its former glory. It's a joy to see one of these huge birds soaring above you — but they also bring money into local businesses. We hope that, like Mull, other communities will begin to enjoy the economic return that wildlife projects like this can bring."