A Scottish Short-eared Owl has made it to North Africa, according to British Trust for Ornithology (BTO) researchers.

The breeding female, satellite tagged at her nest site on Arran on 11 June this year, is currently wintering near Oualidia in Morocco. The bird left Arran to visit Bute and Kintyre from 15 to 17 July, returning to Arran for 10 days and then moving to mainland Ayrshire on 27 July. She remained here (near Dalmellington) until the end of October.

She then moved to Devon, where she was present on 8 November, leaving the following evening to head south. With the help of a strong tailwind, she travelled some 495 km into France in just six hours – an average of 82.5 km/h. 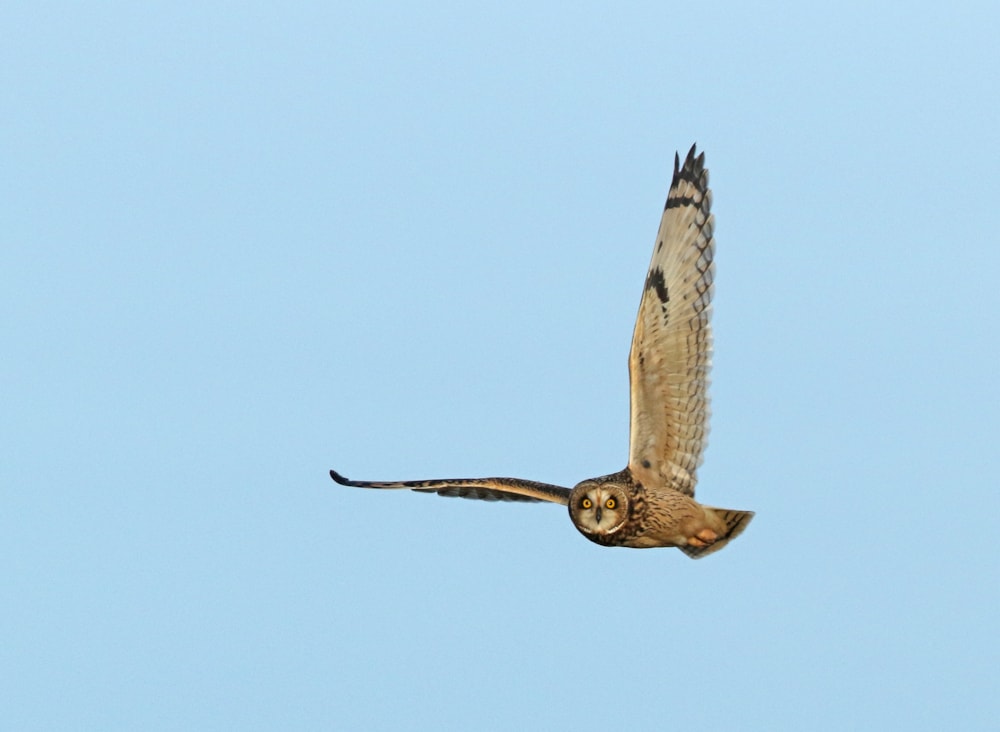 She then continued south, crossing the Pyrenees on 13 November and the Strait of Gibraltar on 24 November to reach Morocco. The latest fix places her near Oualidia, which she reached on 29 November. It will be fascinating to see what she does next.

Researchers from BTO Scotland have been surveying Short-eared Owls in their breeding haunts and tracking the movements of individuals across the year. Even though only a handful of birds have been fitted with tracking devices so far – the aim is to track 20 individuals from sites across their UK breeding range – some amazing movements have already been logged.

Senior BTO Research Ecologist, John Calladine, who is leading the project, said: "What makes this record all the more amazing is that it involves a breeding female. The previous record was of a young bird, which may have been dispersing from its natal area to settle somewhere else.

"Our tracking work has revealed the huge distances these birds can cover; in addition to this bird wintering in Morocco, we have had birds move to Norway, with some individuals seemingly making two breeding attempts in one season, one in Scotland and one in Norway."