Scotland’s elusive mountain birds have formed the focus of an important research project led by RSPB Scotland and Scottish Natural Heritage. Conservationists are now looking for some help from the public to provide sightings of some of our rarest birds. For the past 10 weeks, surveyors have been climbing to some of Scotland’s highest ground to survey the population of two species, the Dotterel and the Snow Bunting. 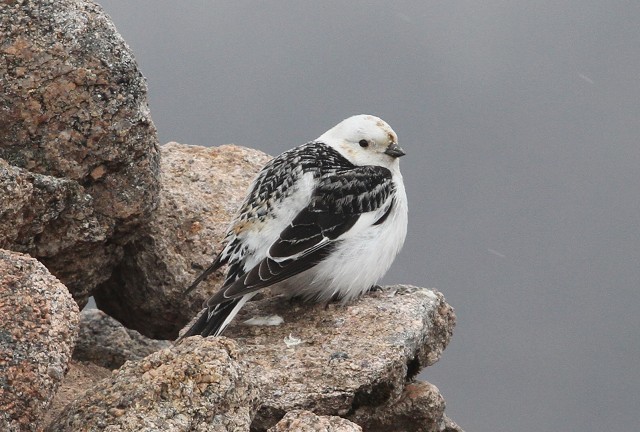 Both species breed only on the highest mountain tops of Scotland and as such could be affected by changes in habitat, prey abundance and climate. Many species may adapt to climate change by moving north and in some cases further uphill. This has prompted concern that species already limited to the highest, coolest conditions, may have nowhere else left to go in the UK. The study is looking at current populations of Dotterel and Snow Bunting to establish whether there have been changes, and if further research and conservation effort is needed.

Smaller and more compact than its commoner relative, the Golden Plover, the Dotterel is unusual in that it turns the tables on traditional gender roles. The brightly-coloured females lead in courtship before leaving the smaller, drabber males to incubate the eggs and raise the young. Found most commonly in the Cairngorms, the Dotterel has not been surveyed across the country for more than a decade. The population of Dotterel was estimated at 630 breeding males in 1999. 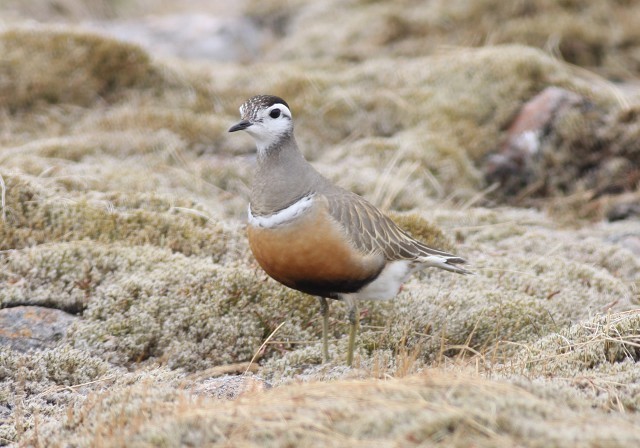 Some of Scotland’s highest mountains are also the preferred breeding location of the Snow Bunting, the most northerly breeding songbird on earth. Its stark black-and-white summer plumage helps it blend into landscapes of snow and scree. Scotland represents an edge of their breeding range, and it is believed the estimated population may stand at as little as 50 breeding pairs.

Mark Eaton, RSPB Principal Conservation Scientist, is leading the survey: "This research could shed light on the fortunes of two of our mountain species. Both birds breed in some of the highest parts of the country, and in some of the harsher conditions. Will their numbers be affected by changes to their habitat? Have the recent wetter and warmer summers impacted on numbers? These are just some of the things we want to learn, so in the coming months we will be analysing our findings in the hope of building a clearer picture of Dotterel and Snow Bunting populations in the UK."

Andy Douse, SNH Senior Ornithologist, said: "I'd encourage walkers to report any sightings of these mountain birds to help with this important survey. Dotterel and Snow Bunting are both fascinating birds, but we are far from having a complete picture of how they're faring in Scotland in recent years. This survey, as well as help from the public, should make all the difference."

As the survey draws to a close, we are asking the public to help contribute to the survey by reporting any sightings made of either species in 2011. Sightings including details of which species, how many, along with the date and location (including grid reference, if possible) can be emailed to dotterel@rspb.org.uk.