Save our raptors – the August issue of Birdwatch is on sale tomorrow! 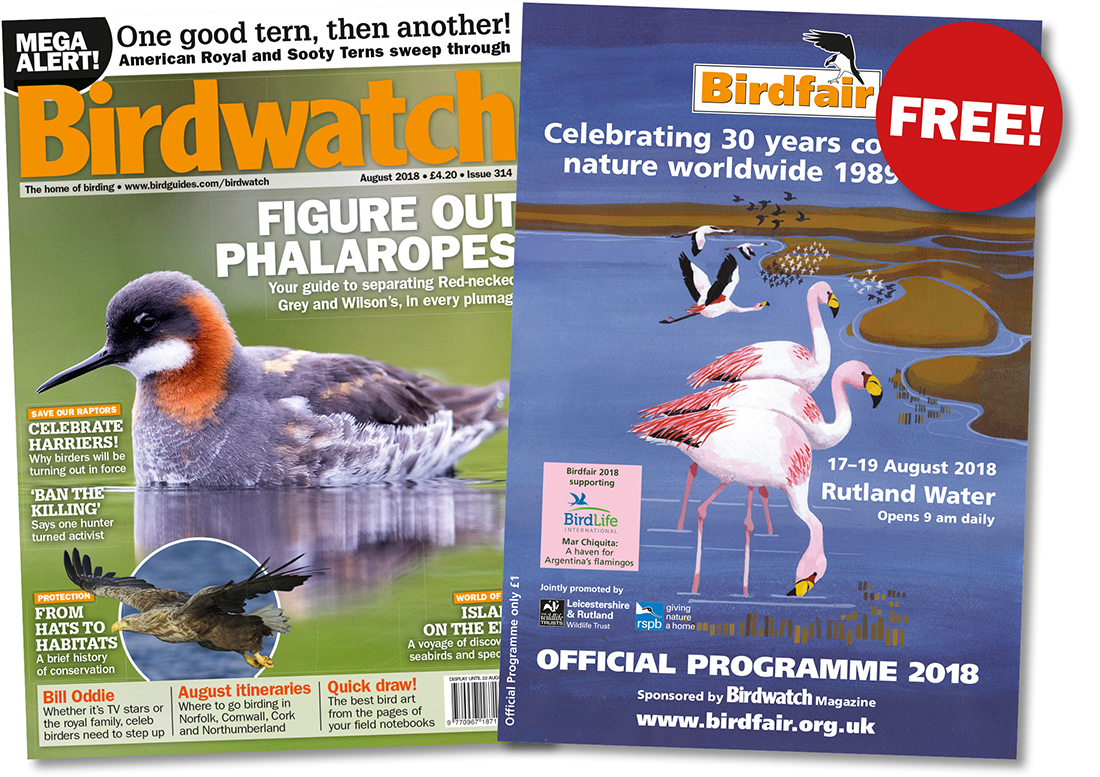 The August 2018 issue of Birdwatch goes on sale tomorrow and includes a FREE Birdfair programme!

In December 2017 Ed Hutchings launched a petition calling on the government to license driven grouse shooting. It garnered enough signatures to prompt a response from the government and certainly got the attention of the shooting industry. What happened next – particularly the behaviour of some hunters – was enough to convince Ed that nothing short of a full ban would ever prevent the illegal killing of birds of prey and other predators.

Hen Harrier Day was originally conceived back in 2013 as a way of highlighting the illegal persecution of the species, along with other raptors. It has grown in size and strength to become one of the most important dates in the birding calendar, attended by activists, wildlife TV presenters and politicians, as well as many thousands of birders.

Also in this month's issue is an in-depth photo ID guide to Red-necked, Grey and Wilson's Phalaropes. These attractive waders can be confusing in their immature and winter plumages, and Andy Stoddart’s advice is sure to help you with their identification.

Rob Hume looks at the history of conservation in the first of a two-part series, and entries are now open for the 2018 Digiscoper of the Year.

Plus: all the rarities, scarcities and finders’ reports, topical comment from columnists Mark Avery, Lucy McRobert and Bill Oddie, great itineraries for seeing seabirds and waders and expert advice from our knowledgeable team.

You can buy the issue from newsagents or order online with FREE UK p&p.