A young male Hen Harrier from Northumberland has disappeared in suspicious circumstances in Wiltshire.

The harrier, named Vulcan, was one of 11 chicks to fledge from nests in the county last summer, which were being protected by the Northumberland Hen Harrier Protection Partnership. He was fitted with a satellite tag as part of the RSPB's EU-funded Hen Harrier LIFE project, which enabled the nature conservation charity to track his movements. 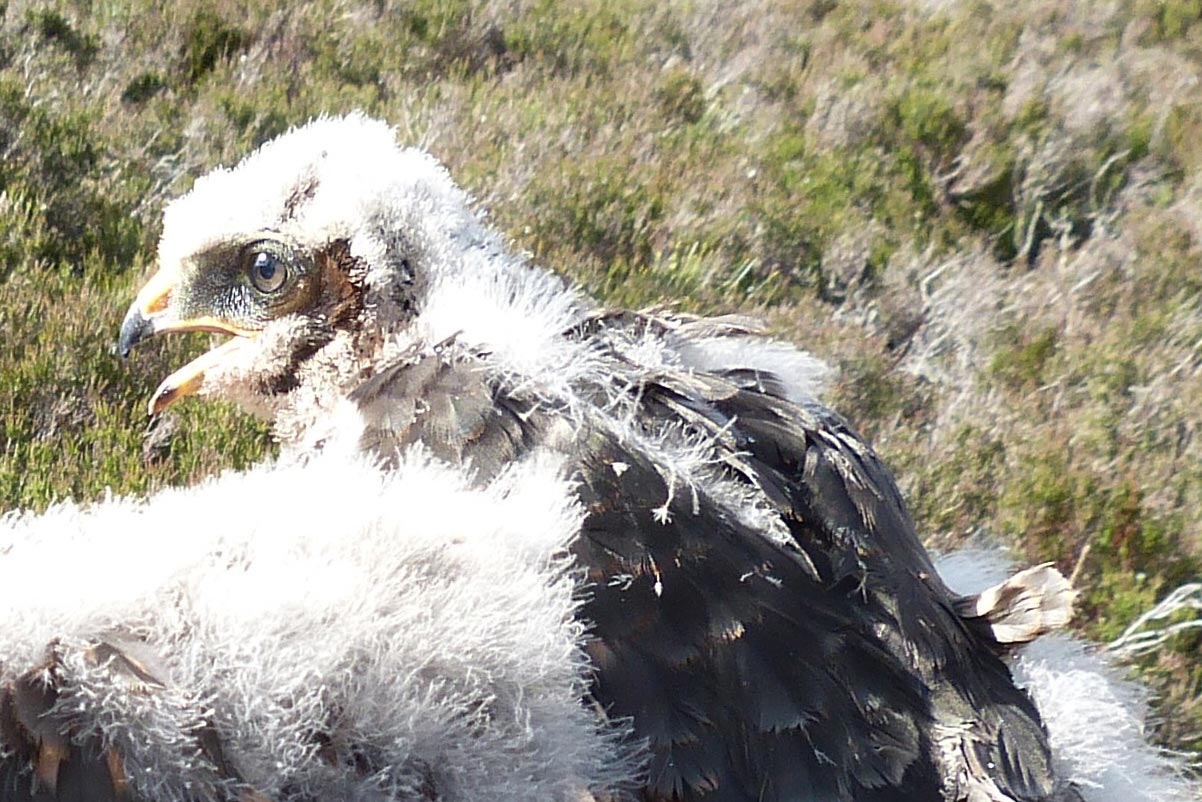 Vulcan photographed last summer in Northumberland, when his tag was fitted (RSPB).

Vulcan is the second satellite-tagged Hen Harrier from Northumberland to disappear since last summer. In August 2018, a female named Athena vanished in suspicious circumstances in Inverness-shire.

Vulcan was tracked by the RSPB moving from Northumberland down to the Peak District, where he remained throughout September. He then continued to head further south to Hampshire and Dorset. On 16 January 2019, Vulcan's tag sent out its final transmission, from a location south of the village of Calstone Wellington, Wiltshire.

RSPB Investigations staff searched the area, which is farmland and heavily managed for pheasant and partridge shooting, but there was no sign of Vulcan or his tag. He has not been heard from since and the matter was reported to Wiltshire Police.

Satellite-tagging technology is commonly used to follow the movements of birds. Tags continue to transmit regularly, even when the bird dies, and until the tag reaches the end of its lifespan. Vulcan's tag was providing regular updates on the bird's location, so the sudden and unexpected ending of transmission is suspicious and could suggest criminal interference. Vulcan is the 11th satellite-tagged Hen Harrier to disappear since last summer. 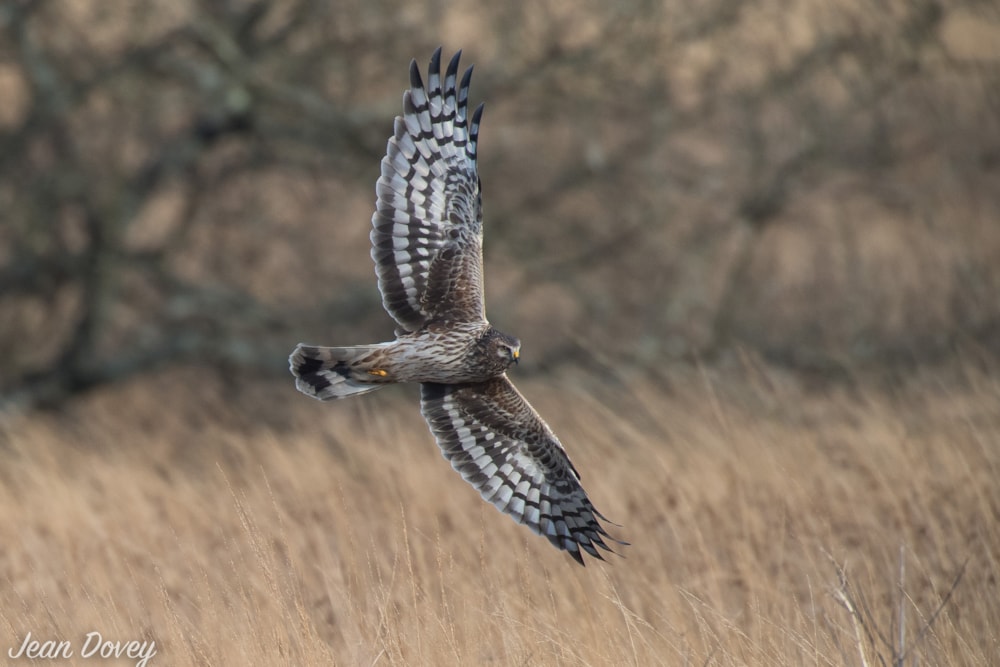 Hen Harrier is one of the UK's rarest birds of prey and suffers from a long history of persecution (Jean Dovey).

Hen Harrier is one of the UK's rarest birds of prey, with only nine successful nests recorded in England in 2018 – despite sufficient habitat for over 300 pairs. An overwhelming body of scientific evidence suggests that the main reason for their low numbers is illegal killing associated with driven grouse shooting.

Dr Cathleen Thomas, RSPB Hen Harrier LIFE Project Manager, said: "When a bird you've been following since it was chick suddenly disappears without a trace, it's a crushing blow. Vulcan's tag had been performing brilliantly, so for it to suddenly stop transmitting makes us very suspicious that something has happened to him.

"Wiltshire is not the only place where Hen Harriers have disappeared in unexplained circumstances. Since last summer 10 other satellite-tagged Hen Harriers have also vanished suddenly across the UK including Northumberland, the Peak District, Wales and Scotland. There is a very worrying trend here."

Gill Thompson, Chair of the Northumberland Hen Harrier Protection Partnership, added: "It is bitterly disappointing to hear this news about Vulcan. Members of the partnership worked really hard together to find and protect the nests last year and we were so pleased when 11 chicks fledged. Now to find out that a second tagged Northumberland bird has gone missing in suspicious circumstances is devastating. We will however keep up our efforts here in Northumberland and hope for better news about other tagged birds."