Sad end to a sorry story

RSPB Scotland has today learned that a Golden Eagle found badly injured on a grouse moor in October 2012 has died after attempts to rehabilitate it failed. The bird had suffered multiple gunshot injuries. The adult bird was found by a walker on 6th October last year near the Dumfriesshire village of Wanlockhead, and was subsequently taken into care by the Scottish SPCA. It was hoped that veterinary treatment would lead to the bird recovering from its injuries and that it could eventually be released back into the wild. 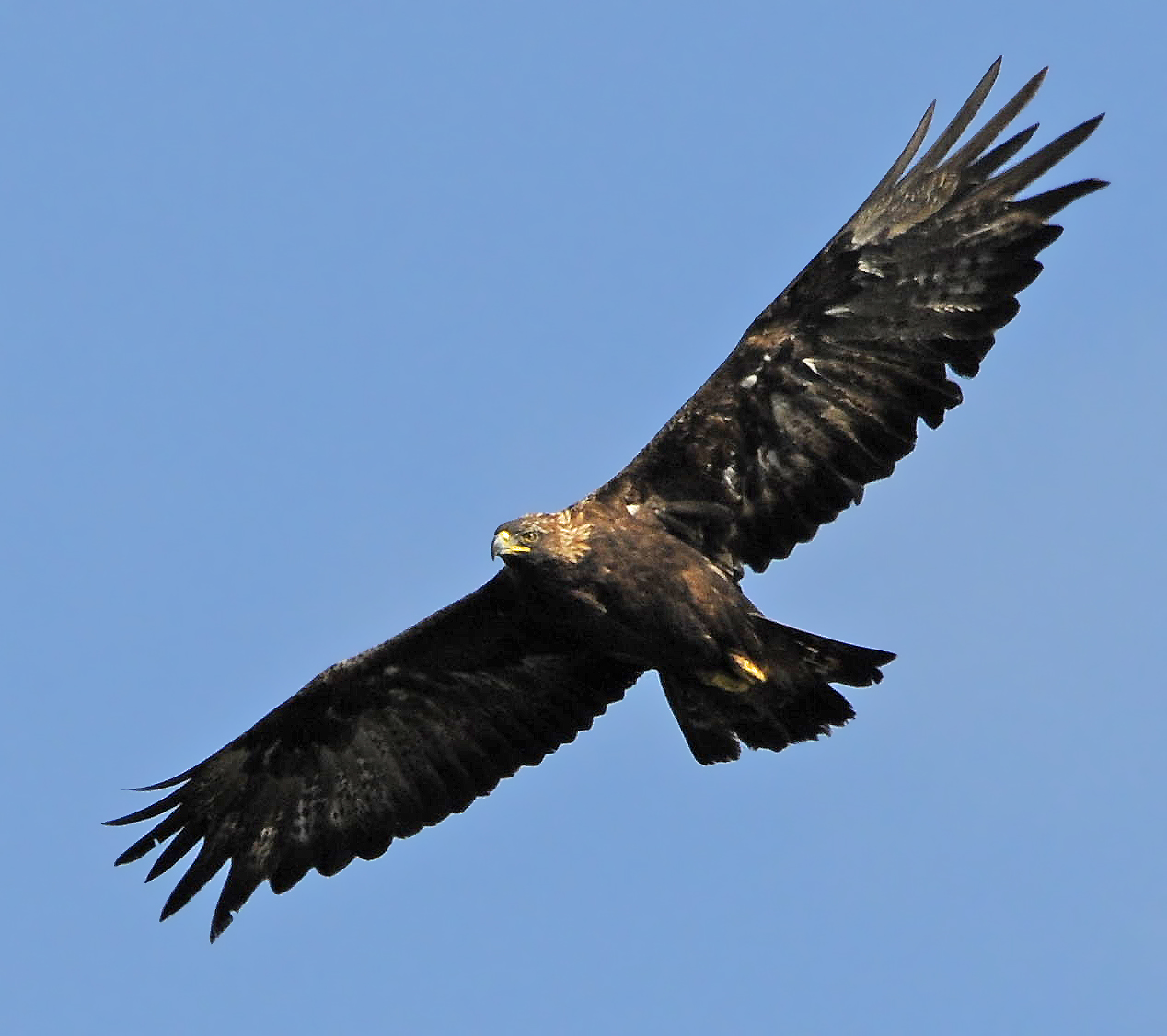 Ian Thomson, RSPB Scotland's Head of Investigations, said: "This is very sad news, not just for this bird, but for the conservation of Golden Eagles in general. This species is barely clinging on in the south of Scotland, so to lose an adult bird from this already tiny population is, in conservation terms, a disaster. A bird from one of the very few breeding pairs in the area was killed in the Borders by illegal poisoning back in 2007, so the death of another adult bird puts the future of the species, in an area that should hold nine or ten pairs, in serious jeopardy."

Scottish SPCA Chief Superintendent Mike Flynn said: "We are continuing to investigate after a Golden Eagle was found shot in Dumfries and Galloway in October last year. Despite extensive treatment, unfortunately the eagle had to be put to sleep on veterinary advice due to underlying health conditions. Anyone with information about this incident is urged to call our animal helpline on 03000 999 999 in strict confidence."