The RSPB has acquired a new nature reserve after signing a 50-year lease for Whitton Sands — a secluded island on the Humber that teems with wildlife.

Situated off the north bank of the inner estuary, the island had rarely ever been visited by humans until four years ago, when owners Associated British Ports (ABP) granted the RSPB exclusive access to find out what lived there.

The RSPB discovered that the 120-hectare island (around 170 football pitches) is important for a wide range of birdlife, including breeding Marsh Harriers, Avocets and Bearded Tits, as well as wintering Hen Harriers and large numbers of Pink-footed Geese, Lapwings and Golden Plovers.

This summer, the RSPB will be improving the island's habitats by creating a lagoon and a series of pools. This work will provide habitat for breeding Avocets and a safe roost site for some of the thousands of ducks, geese and wading birds that stop off on the Humber during migration or make the estuary their home during the winter months. 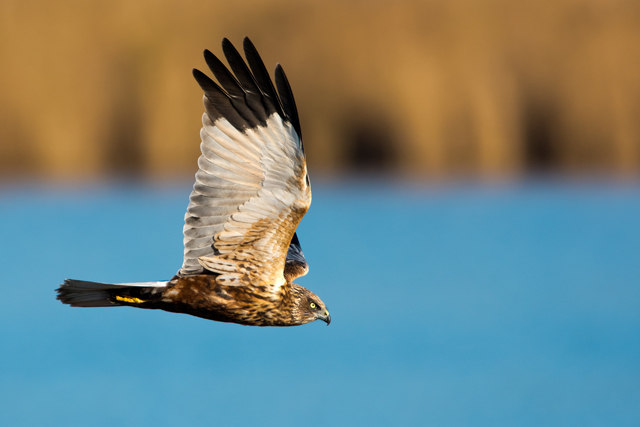 Whitton Island forms part of the Humber Wildfowl Refuge and for this reason will not be open to the public. The RSPB will be working closely with the Refuge Wardens to ensure that the byelaws that prevent disturbance of the roosting wildfowl are fully adhered to.

Pete Short, RSPB Humber Sites Manager, said: "The acquisition of Whitton Sands has given us a great opportunity to improve the protection for the internationally important Humber Estuary's birds. It's a great step towards ensuring the Estuary's wildlife will thrive for generations to come.

"Combined with all our other reserves on the Humber we are proud to be able to provide a winter home and migration stopover for more than a 100,000 water birds."

Tom Jeynes, Sustainable Development Manager for Associated British Ports on the Humber, said: "We are excited about this fantastic project, which will bring significant benefits to the natural environment.

"With the experienced management of the RSPB, the island can be made even better for the waders and wildfowl that call the Humber home. As the statutory harbour authority for the Humber, it's important for ABP to be able to promote biodiversity where we can. Working in partnership with the RSPB on enhancing and preserving some of our most precious and ecologically vibrant habitats is a fantastic way of doing that. We look forward to many more years of successful partnership working with the RSPB on similar projects."