RSPB Scotland has dismissed a press release, issued on 5 December 2016 by the Gift of Grouse campaign, that attempts to draw a veil over the continued persecution of birds of prey on areas of land managed intensively for driven grouse shooting. The reports on which these assertions are based are not in the public domain, and therefore have not been subject to the usual levels of public scrutiny.

However, recent peer-reviewed scientific reports published in the last 12 months link sharp declines in nesting Peregrines and Hen Harriers in North-East Scotland to illegal killing; a recently-published SNH report shows that there has been no decline in the levels of persecution of Red Kites in north Scotland over 25 years; and, results of the 2015 Golden Eagle survey show that levels of home range occupancy by Golden Eagles is significantly below the national average in the eastern highlands, where grouse moor management is a dominant land use. In this part of eastern Scotland, prey availability is high, and Golden Eagles should be more numerous and more productive than almost anywhere else in the country. 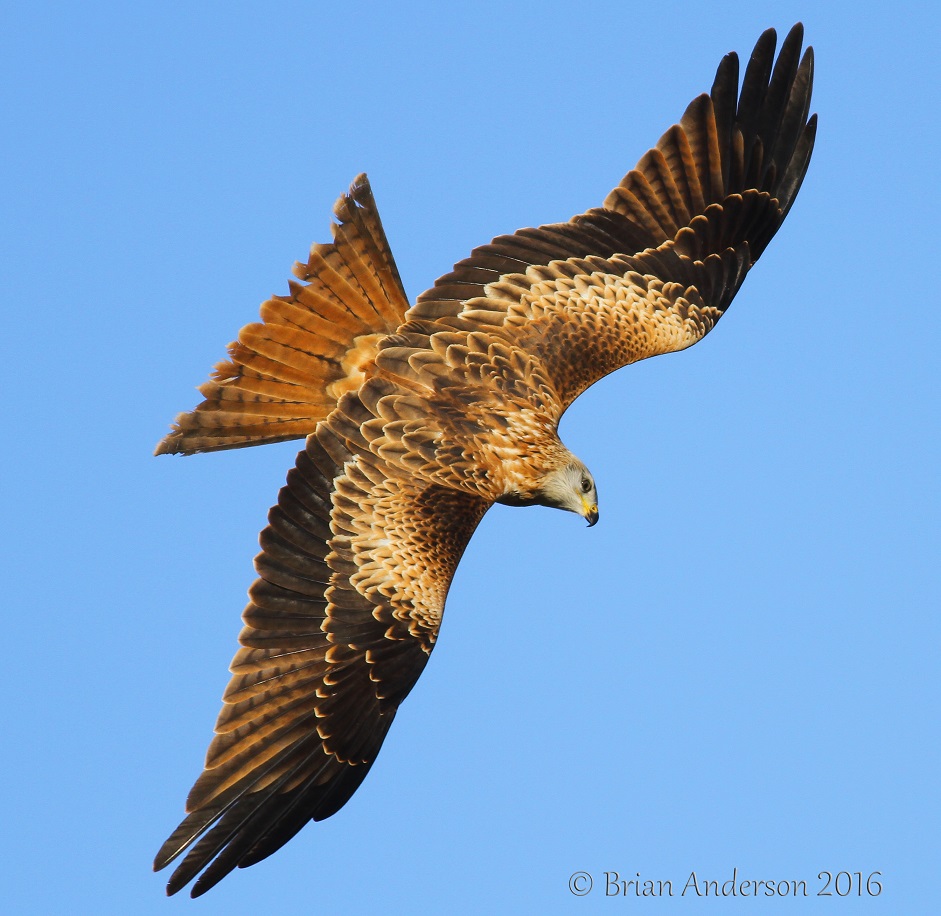 Red Kite continues to be the subject of persecution in Scotland (Photo: Brian Anderson)

There are also ongoing concerns about the regular "disappearance" of satellite-tagged birds of prey in grouse moor areas, to the extent that a review of these incidents has been commissioned by the Cabinet Secretary for the Environment, Climate Change and Land Reform, Roseanna Cunningham MSP.

Ian Thomson, RSPB Scotland's Head of Investigations said: "The content of today's statement from the Gift of Grouse campaign is pure, unadulterated propaganda from an industry that, quite rightly, is under increasing public scrutiny by the Scottish Parliament. Their claims have no supporting evidence, their methodology is not explained, and to suggest that incidental observations of raptors which may merely have been flying over an estate indicate a population that is "thriving" is clearly ludicrous.

"It is astonishing that the Angus Glens area is being held up as an example of good practice, given the long absence of successfully-breeding raptors over much of this region, as well as its appalling recent history of illegal killing of protected species. Walkers in the area this spring were greeted by a plethora of gas guns, inflatable decoys and strings of fireworks scattered across the hills, all designed to scare off, rather than welcome, birds of prey!"

You can access the original Gift of Grouse press release here.