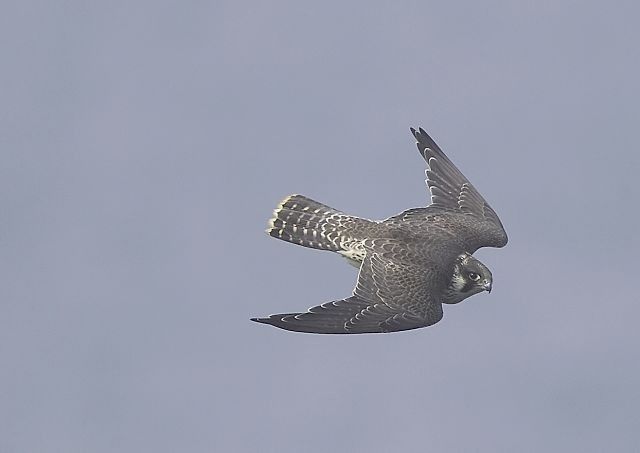 Peregrine Falcon: If the scheme is axed it could risk an increase in nest robberies, especially of highly sought-after birds of prey such as Peregrines and Goshawks (photo: Richard Bedford).

The withdrawal of a scheme requiring bird keepers to register individuals of the most threatened bird species held in captivity could lead to an increase in the number of birds, especially Peregrine Falcons and Goshawks, plundered from the wild, believes the RSPB.

The government's bird-registration scheme has been pivotal in preventing 'laundered' wild-caught birds being passed off as those bred in captivity. Despite the scheme's success in protecting wild birds, the RSPB fears the government may axe the scheme to reduce bureaucracy and save costs. A government consultation on the future of the scheme ends today Friday 16th February, 2007.

The RSPB is campaigning to save the scheme which is currently under review by Defra. Duncan McNiven, an RSPB investigations officer, said: "We believe that if the scheme is axed it could risk an increase in nest robberies, especially of highly sought-after birds of prey. Peregrines and Goshawks command a high price and the lure of turning a quick profit might encourage unscrupulous nest robbers to take chicks from the wild and try to launder them as birds bred in captivity." 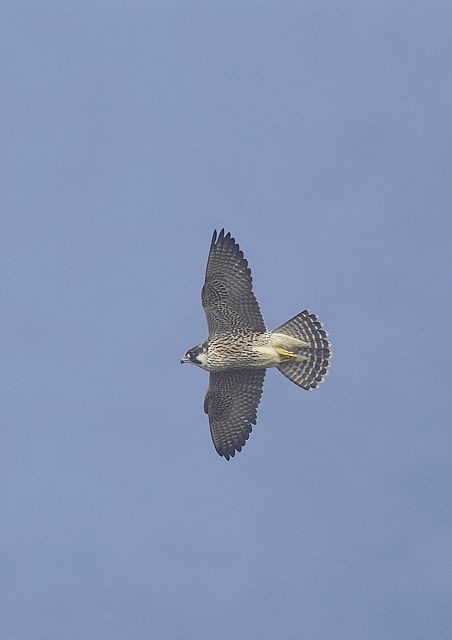 The RSPB believes Defra is prudent to examine the level of bureaucracy associated with the scheme but believes that its importance to bird conservation should not be compromised by a paper-cutting exercise, especially as reported Peregrine nest robberies are at an all-time low.

Evidence from the bird registration scheme in combination with DNA testing has led to the successful conviction of 15 people found guilty of offences involving wild birds.

Duncan McNiven added: "The registration scheme is an essential enforcement tool which enables the police to trace individual birds and use DNA-profiling to establish whether captive breeding claims are true or not. It has proved a powerful deterrent against nest robberies. The number of wild Peregrine thefts and the number of convictions are both down as a result. Without this scheme the police will struggle to enforce the law."

The consultation period on the 'Review of Registration under Section 7 of the Wildlife and Countryside Act 1981' ends today on 16th February after which Defra will decide on the fate of the scheme. A previous consultation on this issue took place as recently as 2002, which resulted in an overwhelming endorsement for the continuation of the scheme.

The two species arguably most threatened by the axing of the scheme include the Goshawk and the Peregrine. Both species have had a chequered history in the UK. Following centuries of persecution, the Peregrine falcon population crashed in the 1960s, disappearing from many areas in the UK. The population has recently recovered to about 1,400 nesting pairs, although it has declined again in some parts of the country. The Goshawk was persecuted to extinction in Britain. However, in the 1960s it became re-established as a nesting bird, largely as a result of individual Goshawks escaping from collections or deliberate releases. 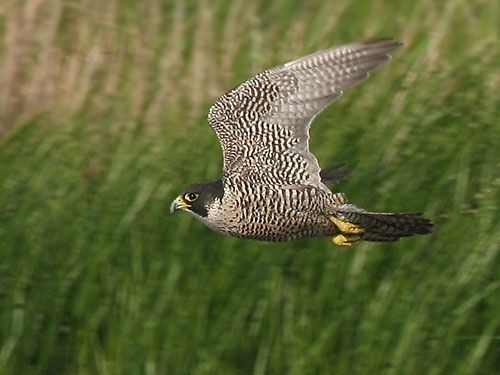 Bird registration requires all birds listed on Schedule 4 of the Wildlife and Countryside Act 1981 to be individually marked (usually with a leg ring) and registered with Defra. Species listed include some of the UK’s rarest breeding birds such as Golden Eagle, Red Kite, Goshawk, Peregrine, Bearded Tit and Chough. Captive bred specimens for some of these species can demand high prices, typically up to £700 for a Peregrine and up to £1,500 for a Goshawk.
Written by: RSPB
Login to leave a comment
Return to List