A young Ringed Seal is in care after it was found in a bay in Aberdeenshire in mid-September.

The Scottish SPCA said it was alerted to the male seal by British Divers Marine Life Rescue (BDMLR) after it was spotted in Cove Bay. The species is normally found in Arctic waters. 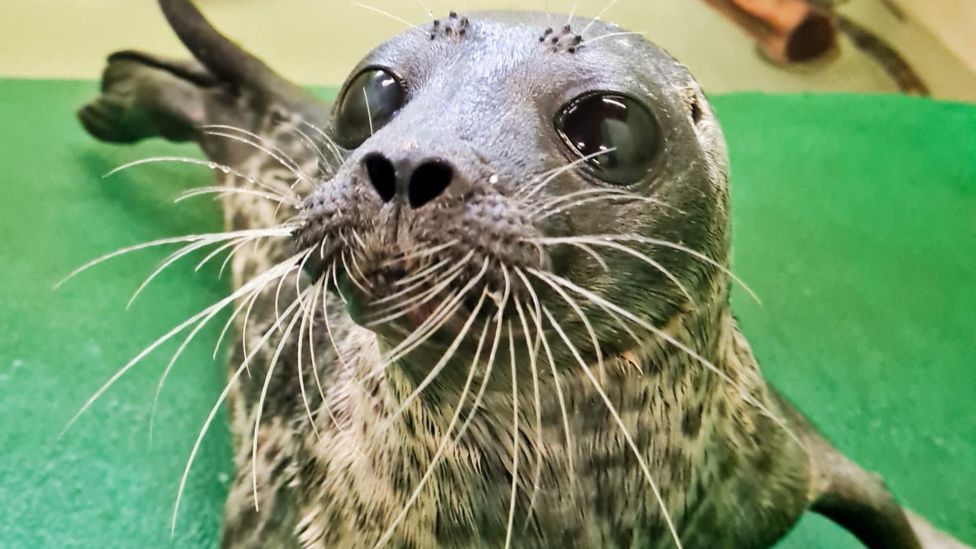 The seal had back abrasions and seemed lethargic. It is thought its mother may have been searching for food to the north of Scotland.

The pup was initially mistaken for a Common Seal but was identified as a Ringed Seal and has now been named 'Hispi'. Wildlife assistant Sian Belcher said: "We were very surprised to have a Ringed Seal arrive in our care as they are found in Arctic waters and can venture as far south as Greenland or Norway, so it’s very unusual that he was found in the Aberdeen area.

"He is so young, probably only around six to eight weeks old. Hispi is doing well and our team are very excited to have such a rare resident. It doesn't hurt that he's impossibly cute. It seems that there have only been around 12-30 sightings of Ringed Seals in the UK over the last 100 years."

Hispi is likely stay with the animal charity into October and then before being taken as far north as possible to be released to hopefully find his way back home.