A Barnacle Goose that failed to turn up on its overwintering grounds at WWT's Caerlaverock Wetland Centre in Dumfries & Galloway (Scotland) has turned up safe and well — a record 900 miles further south in Spain! It's the furthest south that a Barnacle Goose has ever been recorded.

The goose had migrated safely for six consecutive years between arctic Svalbard and Scotland before being absent from Scotland last winter. With no sign of him again this winter, WWT staff feared he hadn't survived. But amazingly, birdwatcher Emilio Martinez spotted the goose this week in the sunshine of the Rouxique marshes near Vigo on northwest Spain's Atlantic coast. 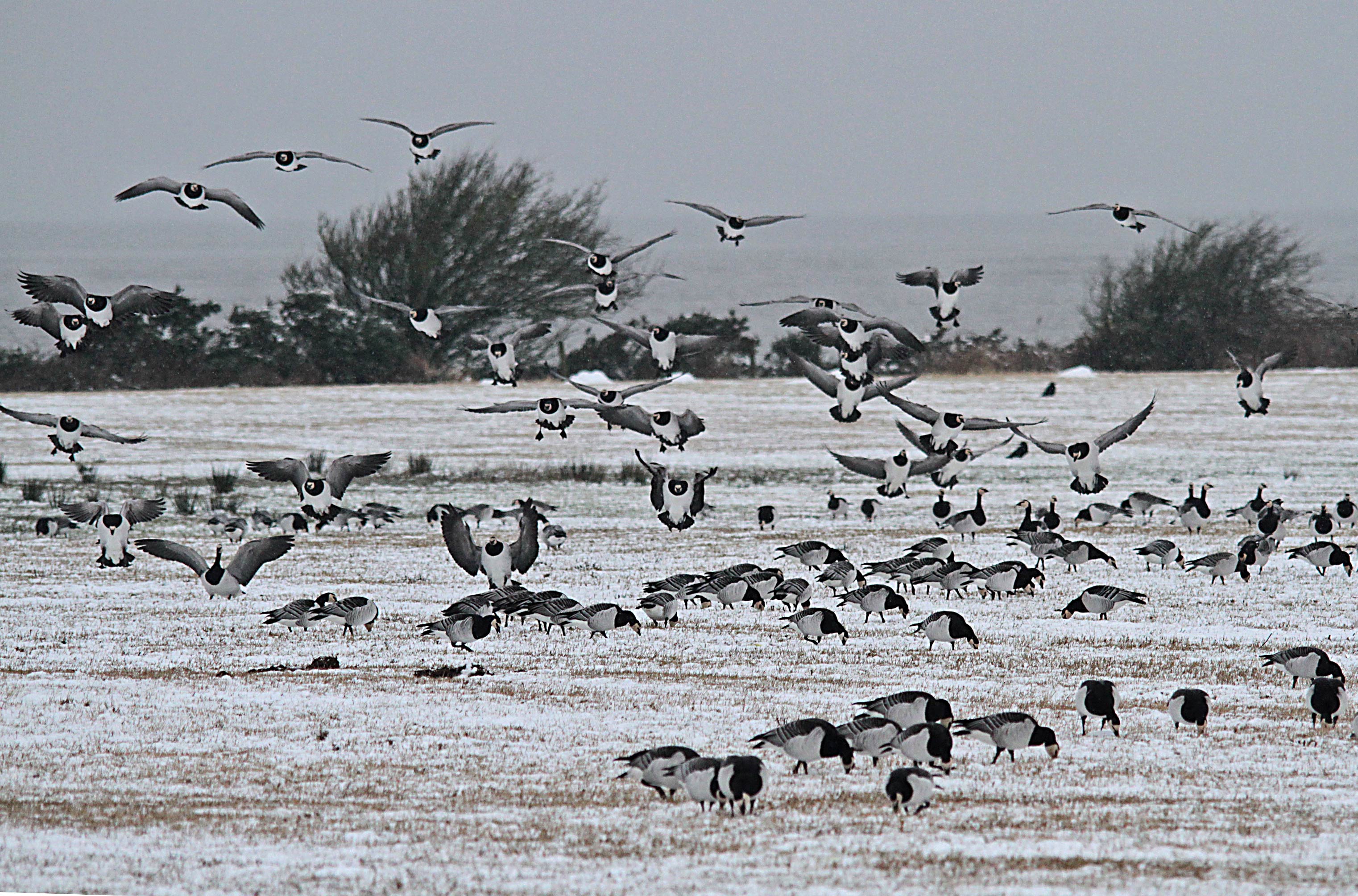 Fellow birdwatcher Antonio Guttierez reported the goose's leg ring, orange CBZ, which identified it as an adult male ringed by WWT at Caerlaverock Wetland Centre in 2004. There, on the Solway Firth wetlands, WWT provides protection for one of the world's three breeding populations of Barnacle Geese, which is loyal to the Solway Firth in winter and Svalbard in summer (WWT's ringing work originally identified that there are three separate populations; the other two populations breed in Greenland and Siberia). WWT's protection has helped the Svalbard/Solway Firth population in recovering from only 300 individuals in the 1940s to a thriving 30,000 individuals today.

WWT Principle Species Research Officer at Caerlaverock Wetland Centre, Dr Larry Griffin, said: "We're gobsmacked. Barnacle Geese have a tough life facing extreme weather and food scarcity so we had started to assume this one hadn't made it. To find out he's actually made a record journey south and been sunning himself in Spain is amazing."

"By ringing the wild birds under our protection, we can find out where they go and where they might need further protection. We're hugely indebted to birdwatchers like Emilio and Antonio who record the leg rings they spot and let us know where the birds have got to. It's possible that orange CBZ was disoriented by the recent bad weather. He'll need to rest and feed himself up after such a long journey. Once he leaves Spain, we'll be keeping a special eye out to see if he returns to the Costa del Solway!"

You can see the entire 30,000 Svalbard/Solway Firth Barnacle Geese population this winter by visiting WWT Caerlaverock Wetland Centre. They are just one of the migrating species you can see arriving at WWT's nine Wetland Centres across the UK as the season changes, alongside the likes of Bewick's and Whooper Swans, Pink-footed Geese, White-fronted Geese, Bitterns, Teal, Shoveler and many more.