Tadcaster police and the RSPB are appealing for information after a Red Kite was poisoned in the area. The bird was found at Toulston Polo Ground, Tadcaster in October 2012, by a member of the public who contacted Yorkshire Red Kites, who in turn reported the suspected poisoning to North Yorkshire Police.

Following a post-mortem examination and forensic testing it was found to have died from the illegal poison Carbofuran, which was banned in 2001. The RSPB have offered a £1,000 reward for anyone who can provide information that leads to the arrest and charging of those responsible for the bird's death.

Between 2002 and 2011, there were 292 confirmed cases of birds of prey being killed by Carbofuran poisoning in England. PC Sarah Ward of Tadcaster Safer Neighbourhood Team said: "This crime is appalling. The use of Carbofuran is both unlawful and highly dangerous. It is highly toxic and a few granules could kill. Someone has put Carbofuran into the countryside unlawfully, risking the lives of people, domesticated animals and wildlife. I urge anyone with information to contact the police or RSPB immediately."

The Red Kite that died was hatched in Wales in 2009 and is believed to be one of a breeding pair that first bred at Tadcaster Grammar School in 2012. They are the first-known Welsh-born Red Kites to have bred in Yorkshire. 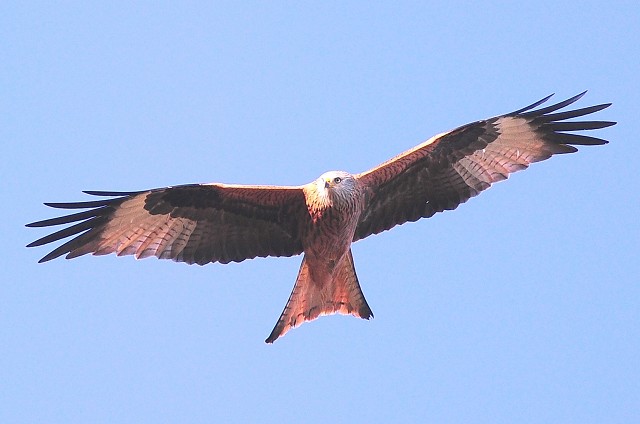 Bob Elliot, RSPB Head of Investigations, said: "Since their successful release back into the Yorkshire countryside in 1999, Red Kites have suffered at the hands of illegal poisoning in North Yorkshire with this incident being the twentieth poisoned Kite since 2000." Mr Elliot added: "Birds of prey are still being targeted by those intent on killing our most protected species and it is simply not acceptable to still be finding poisoned, trapped and shot raptors in our countryside."

Doug Simpson, Yorkshire Red Kites Coordinator, said: "The loss of any bird through illegal poisoning is a big disappointment. It is particularly disappointing in this case, with this kite being of Welsh origin and the first from that source known to have bred in Yorkshire."

Anyone who can help to identify those responsible for this poisoning should contact Tadcaster police on 101, select option 2 and ask for Sarah Ward. You can also contact the RSPB on 0845 4663636 or Crimestoppers anonymously on 0800 555111.